We know that Amazon’s MMO project New World has been delayed twice. First, it got delayed in May 2020 because of coronavirus. But it got delayed in August too. And we didn’t get a specific date back then but all we knew was it was coming on ”Spring 2021”. But this changed recently. Amazon delayed it again but this time they gave us a date. A closed beta will be open on July 20, and the full release will be out on August 31.

Amazon said “We’ve been hard at work on compelling end-game features we believe are important to include at launch. These features won’t be ready for the Spring timeframe that we had communicated. With this extra time, we’ll be able to add these substantial improvements while polishing and fine-tuning the whole game before we open Aeternum’s shores to the world.” in a blog post.

There are new content being added to the game like the new endgame zone ”Ebonscale Reach”, a land “lush wetlands and towering cliffs” where an exiled princess lives and she is trying to make a come back. There is also new five-player instanced adventures as known as ”Expeditions” and 20v20 battles with ancient technologies. And these battles are called ”Outpost Rush.”

The game director Scot Lane explained “We’ve also added fishing, we’ve done a full revamp to crafting, we added hundreds and hundreds of weapons and gear pieces. We’ve really improved combat and we’ve added a lot of quest variety. All of this is in direct response to your feedback from the preview, and let me tell you, there’s a lot more to come.” in the developer update video.

Alpha testing of New World will continue. You can preorder access to the New World closed beta with  Amazon or Steam. 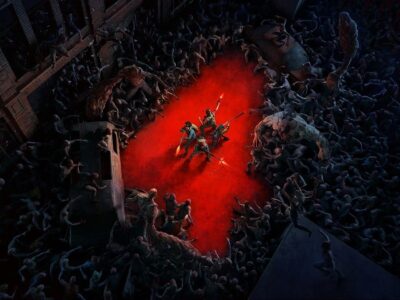