The first Plllars of Eternity 2: Deadfire DLC has been available for a quite while now and we had the chance to take a look at it. As a huge success and a pretty good sequel to the original title, Deadfire received many positive reviews, including ours. It was developed by one of the most successful RPG focused studios, Obsidian Entertainment. In that regard, we were not surprised to see it being that successful to be honest. Now, we will see if the studio actually kept up the good work with their DLCs. Here is a quick review for you guys to have a general idea about the first DLC.

Pillars of Eternity 2: Deadfire – Beast of Winter was released on August 2nd, 2018. At first, people expected it to be a quite large expansion as Obsidian is well known for their intense narrative based games. However, it was a little bit disappointing for many RPG lovers as it was actually pretty small compared to many other DLCs out there. But the price tag told us another story. And in this review, we will focus on many different aspects of the expansion to be able to give the most objective idea. 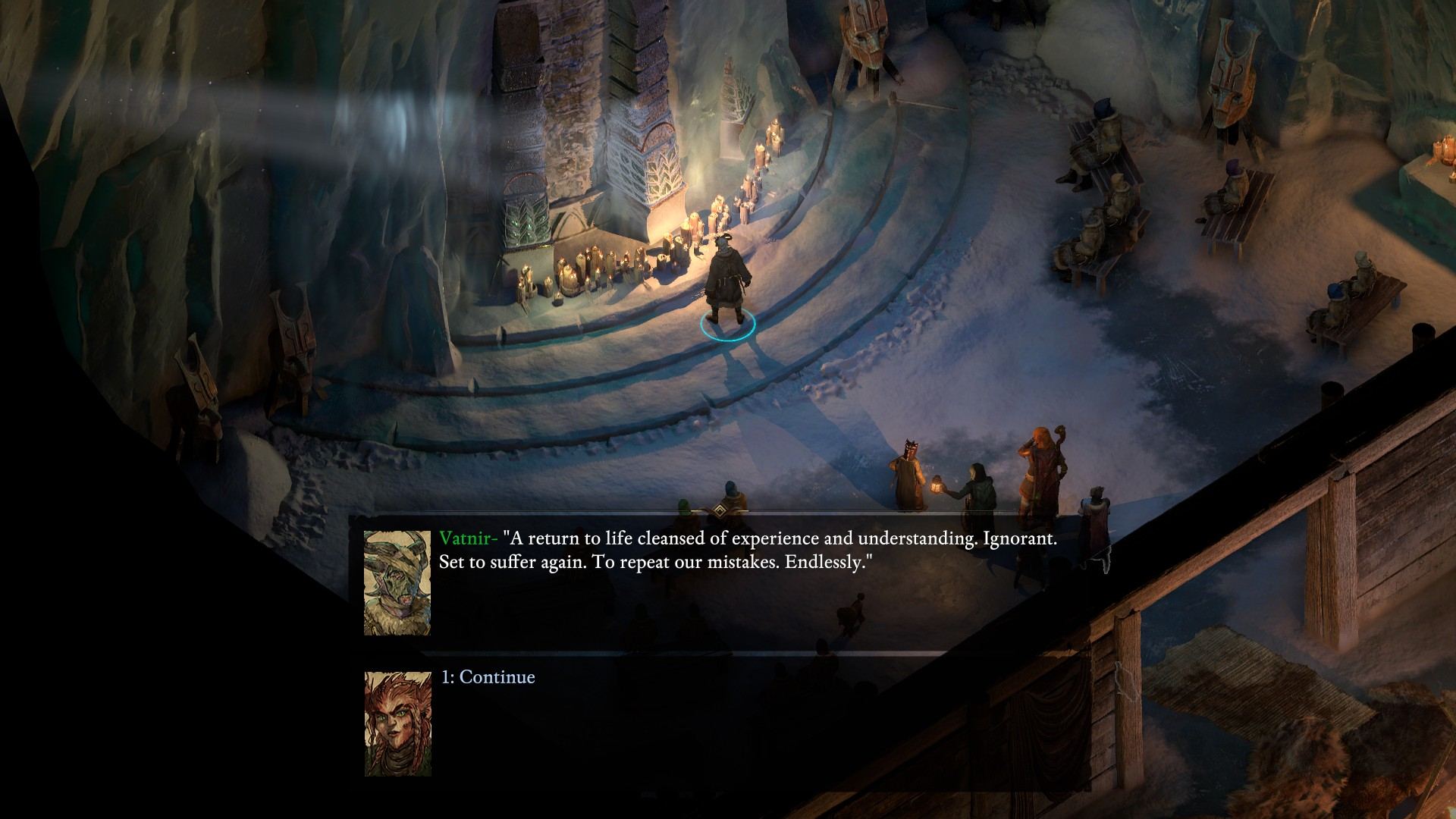 Before we start, I would like to point out that this DLC was never meant to be a big expansion. It was rather a small story addition to the game. And the cheap price of it confirms the actual intentions of the studio was just like this.

The expansion takes place in the southernmost reaches of the Deadfire Archipelago. You receive a missive from the residents of an isle which is covered in frost and death. Now, you should meet these people who worship Rymgrand, the god of entropy and disaster. You are the harbinger of the end, you are the Dustspeaker. And you have to see where your destiny will take you on this iceberg.

The story begins with a simple missive, as I’ve mentioned above, and the only thing you should do is to start the quest line by going to that island and speaking to the leader of these people. You suddenly realize that there is something wrong about the island and its residents. The iceberg is growing bigger and bigger, and no one knows the reason. The Messenger is a huge dragon who actually kills people there and you, for some reason, can defeat it easily… at first. But you have to find the origins of it, and face the gods once more.

The story is a simple one to be honest. But as you progress in the game, you suddenly realize that there is more to it. Each step you take in that mystical land will reveal another interesting fact. You will encounter many intriguing characters and hear their stories. And you will have a chance to see what actually happened many years ago when the Godhammer Bomb exploded. 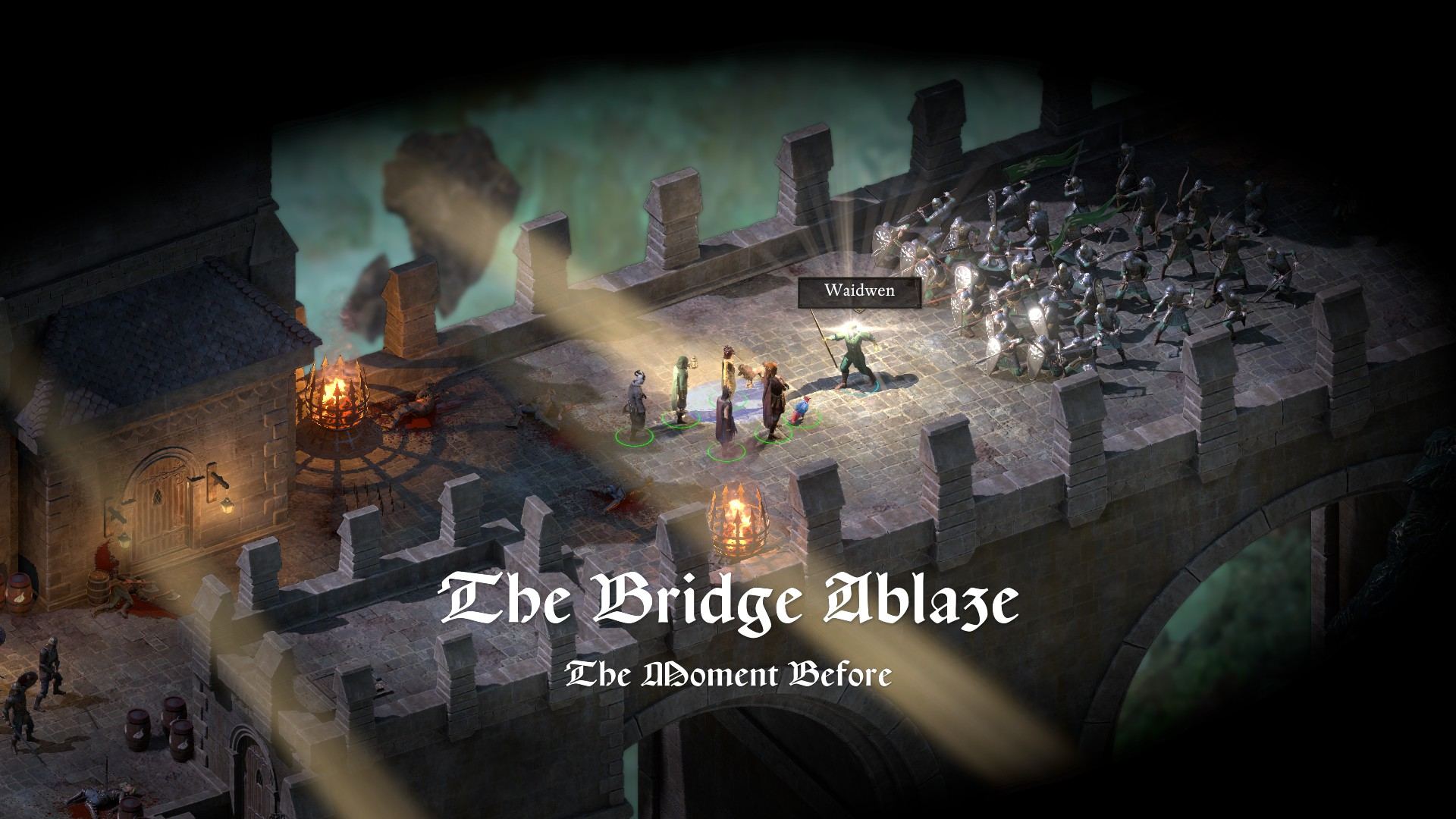 The main story of the DLC actually doesn’t add anything important to the main story of the original game. However, it can be considered as a huge side story which will actually amaze you from time to time. You will see challenging and enjoyable puzzles, characters with well written dialogues and bosses which will probably take a couple of hours to actually beat.

The beginning and the end of the story in Beast of Winter will not make you feel amazed for a long time after you finish the game. However, you will spend hours on those beautiful dialogues. Each side quest and the actual main quest will once more make you feel like playing a good Obsidian game. And this is the most important part about the storyline of Beast of Winter.

You can finish the game approximately in 5-8 hours which is actually pretty good for a DLC with a low price, especially when you think that there are ‘full’ games which offer the same amount of hours. And believe me, every single side quest and every part of the main quest in this DLC will make amazed by the powerful imagination of the developers. 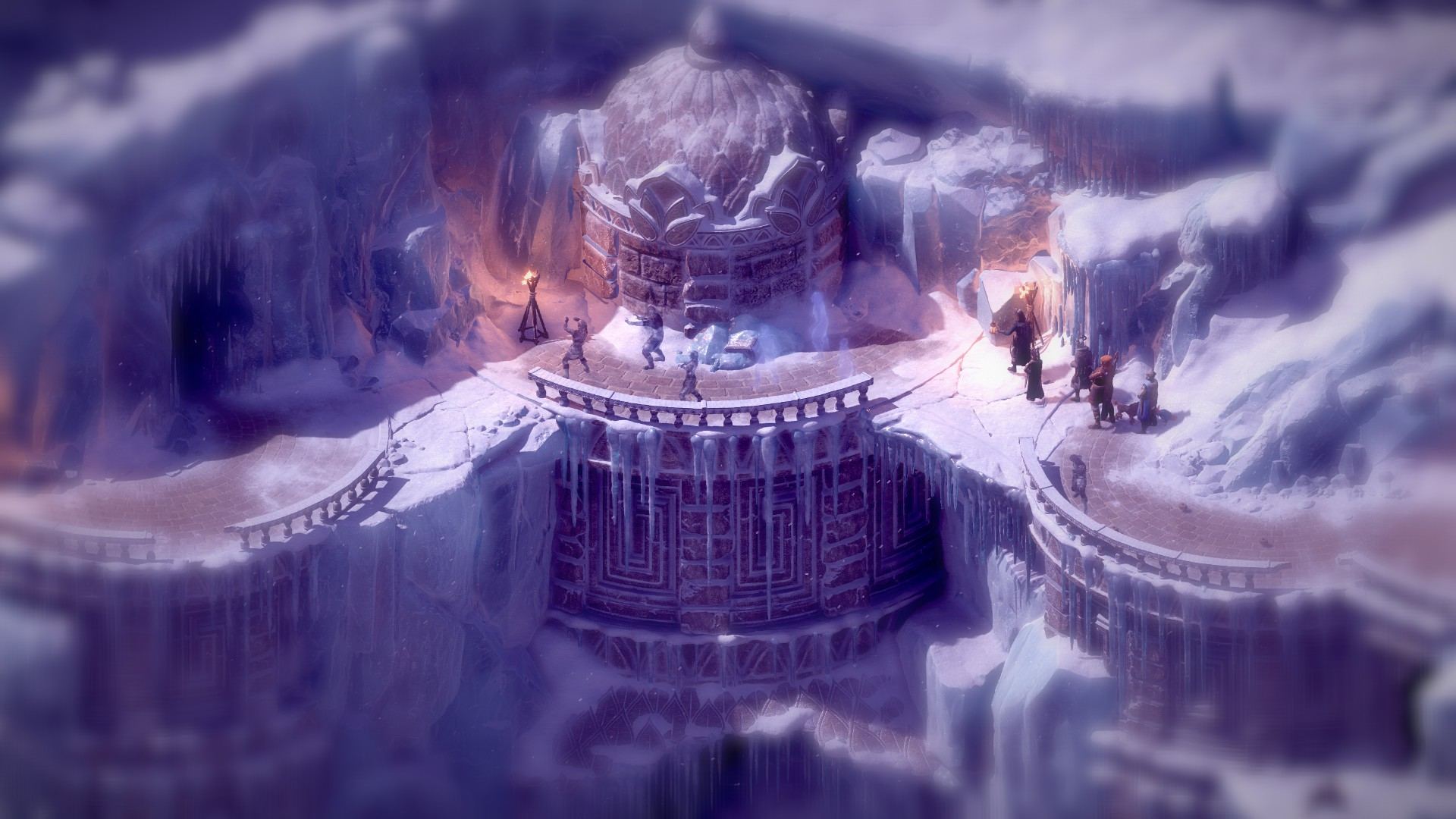 Normally, I prefer evaluating these three different aspects of a game separately. But in this case, we can say that there are not many changes and we can just observe them all together. Gameplay mechanics stay the same. You still have those challenging yet engaging Pillars of Eternity combat mechanics, as well as beautifully designed dialogues and puzzles. The fact that the DLC doesn’t introduce anything spectacular when it comes to the gameplay is something we can understand. But it would have been better to see something new on that part too. But thankfully, other aspects of the DLC actually make you forget this negative part.

Puzzles and dialogues are just awesome. I’ve been keep saying the same thing about Obsidian games and I’ll do the same here. They know how to create worlds, characters, dialogues and engaging puzzles. You can see the same in this DLC as you progress in the story. Level design, characters, dialogues, your choices… everything is just perfect for an RPG DLC. You might feel a little bit lost after Deadfire original story where you spend hours on the sea trying to find your way around. In this DLC, the landscapes and maps are pretty small. As you might expect, visuals are equally astonishing as they were in the original game; yet they do not offer anything new.

Same things go for the sound effects too. The musics and atmospheric sounds are pretty much the same. Which is good, because they were incredible in the original game anyways; and they still are in the DLC. The voice acting is just perfect, and the music harmonizes with the atmosphere pretty well. 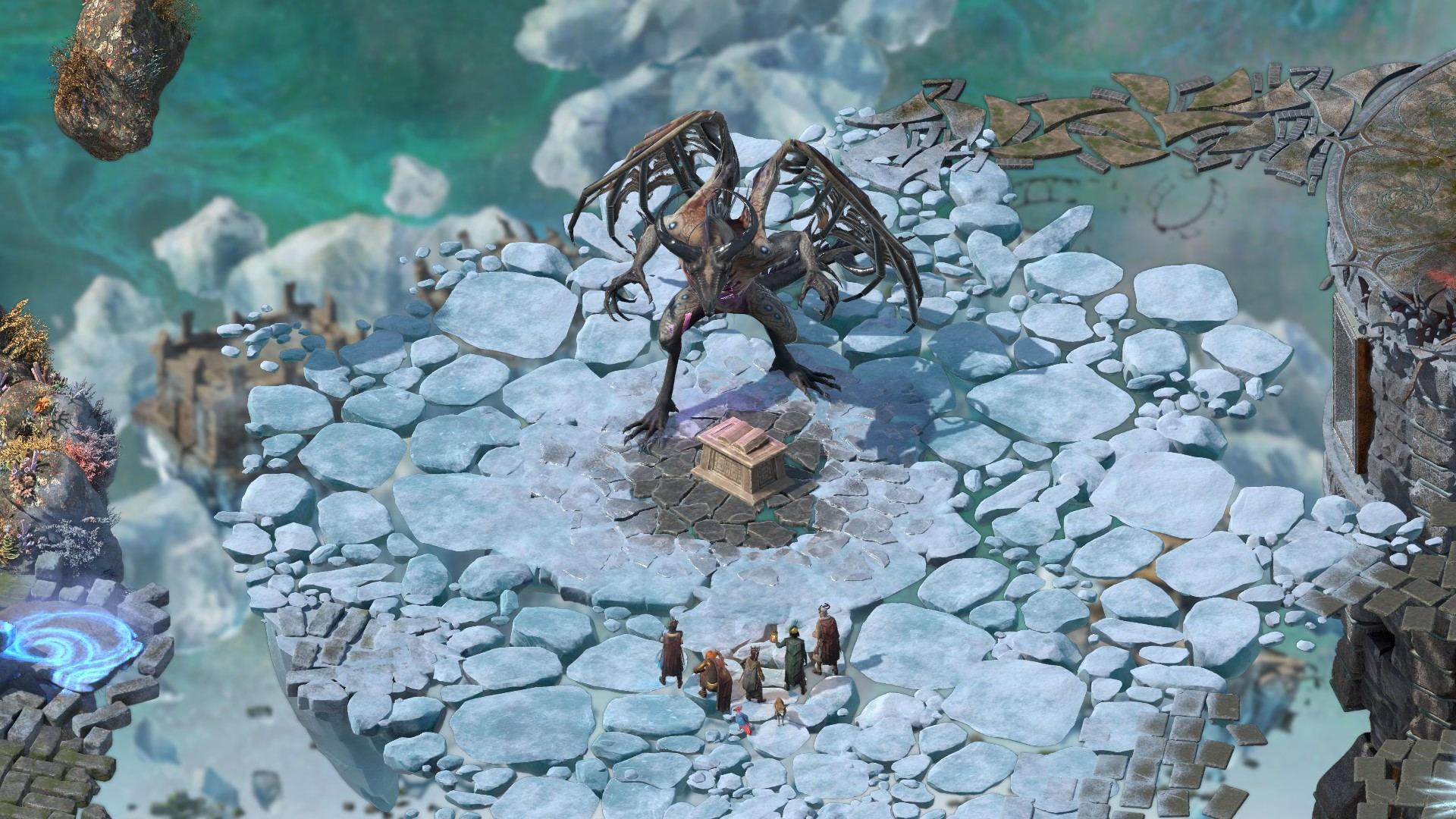 Pillars of Eternity 2: Deadfire – Beast of Winter is a really good DLC. Its cheap price just makes it a good investment. It will keep you busy for hours and give you the chance to engage in many challenging fights. Puzzles and stories will keep you busy for a while and they will remind you that Obsidian developers really know what they’re doing. However, there are a couple of negative parts about it too. First of all it’s short. this is why the price plays a big role on the score. If it was more expensive, it would’ve been a bad DLC. However, as it is cheap, it actually deserves the attention. But in the end, it leaves a delicious taste on your tongue and you still want to have more, but unfortunately, you suddenly see the credits.

All in all, if you want to play a new story which is 5-8 hours long, this DLC is perfect for you. You won’t regret buying it as it actually offers a small yet satisfying portion of everything that you might expect from a DLC. Beast of Winter is a good story addition to the original game. And I strongly recommend trying it out. 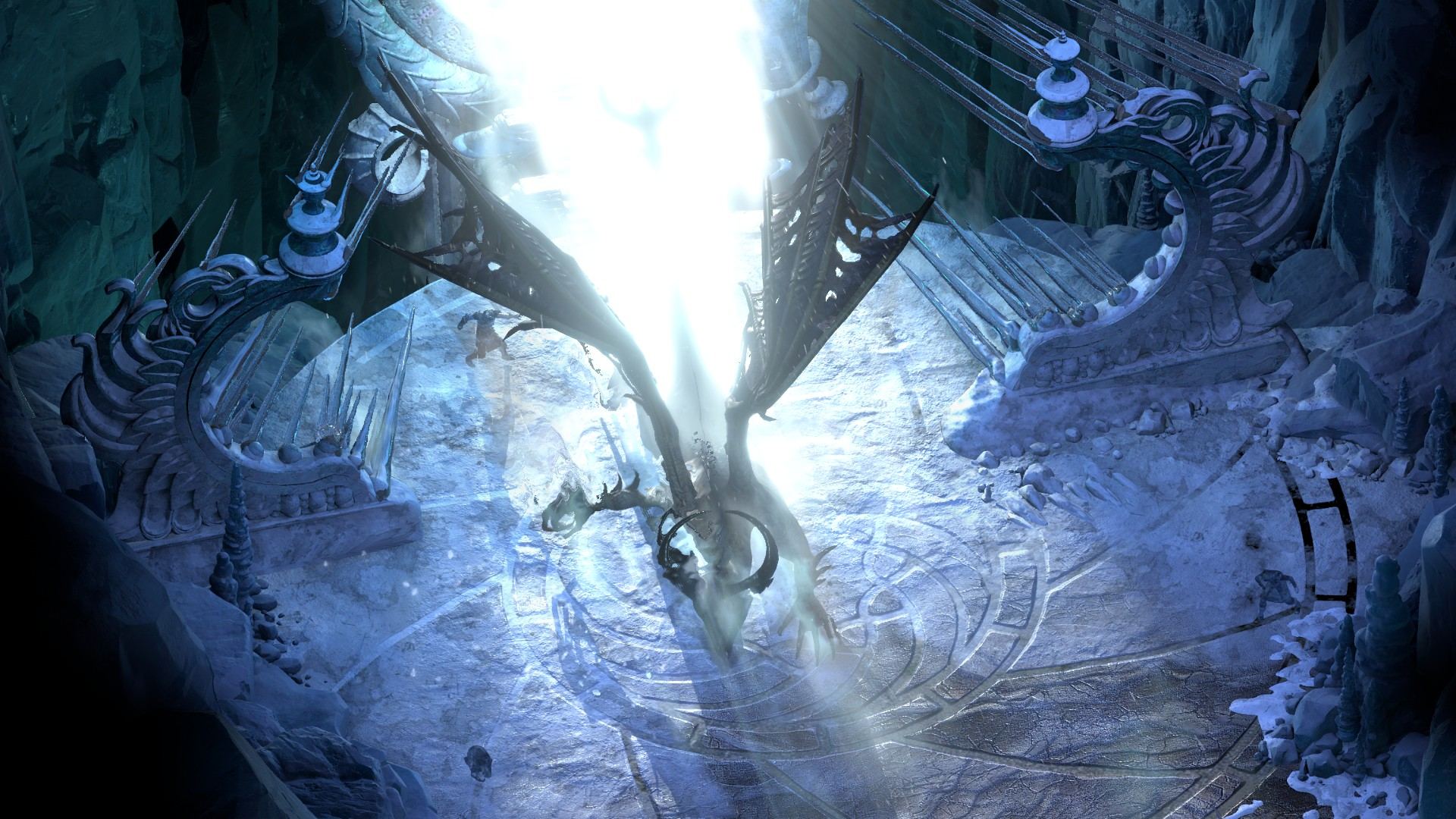 Pillars of Eternity 2: Deadfire – Beast of Winter was reviewed using the Steam key provided by the publisher.

All in all, if you want to play a new story which is 5-8 hours long, this DLC is perfect for you. You won't regret buying it as it actually offers a small portion of everything that you might expect from a DLC. Beast of Winter is a good story addition to the original game. And I strongly recommend trying it out. 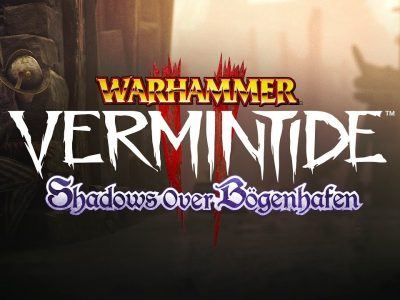 Warhammer: Vermintide 2 gets its first DLC and it looks pretty promising. Back in the ...
By Umut Uyurkulak
October 10, 2018
0 %