Do you know the definition of absurdity? I mean, the term to define a big part of the contemporary art and literature? If you don’t, you will probably learn what it means with Super Daryl Deluxe. Because this game ‘is’ the definition of absurdity. This is the game which takes the weirdness to a new level. And this is the game which will keep you busy for a long time. 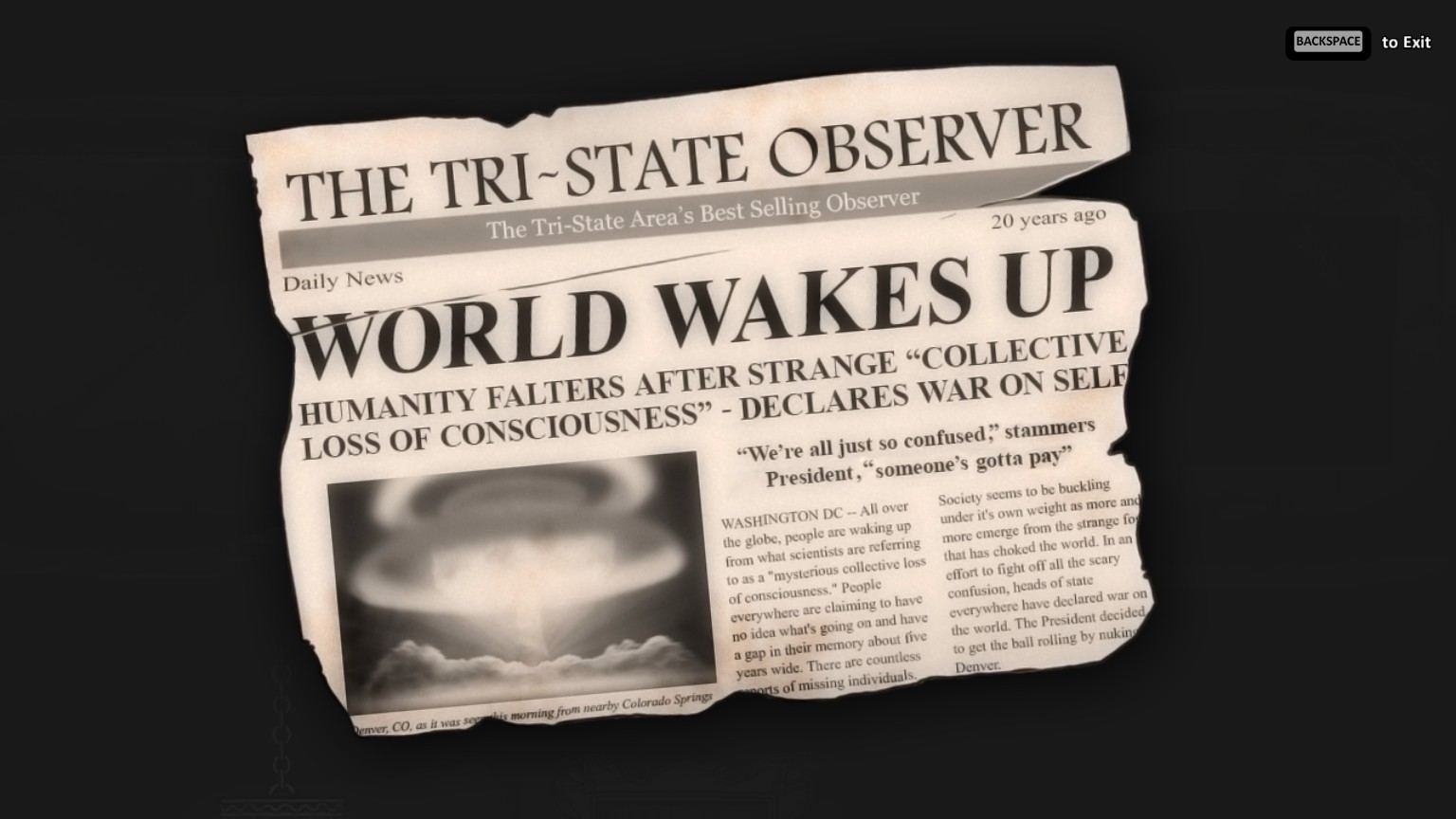 Super Daryl Deluxe is a 2D platformer RPGvania, brawler style game with metroidvania elements which is developed by Dan & Gary Games. You play as Daryl, the new student of Water Falls High School. You are a nerd, an outsider, a stranger and you try to find your place in this multidimensional, weird yet funny as hell place. From regular students to Julius Caesar, to Einstein and to Sherlock Holmes, you will meet many important characters from literature, science and history along with other regular yet weirdly depicted high school students. And while you are doing that, you will have a crazy and unique experience.

After spending 25+ hours in this game and finishing it, I sat down and tried to understand what the hell had just happened. Super Daryl Deluxe took me from my boring life and put me in an imaginary world where everything is more interesting than the reality. Believe me, this game is a masterpiece. And in this review, I’ll try to explain why I think so. 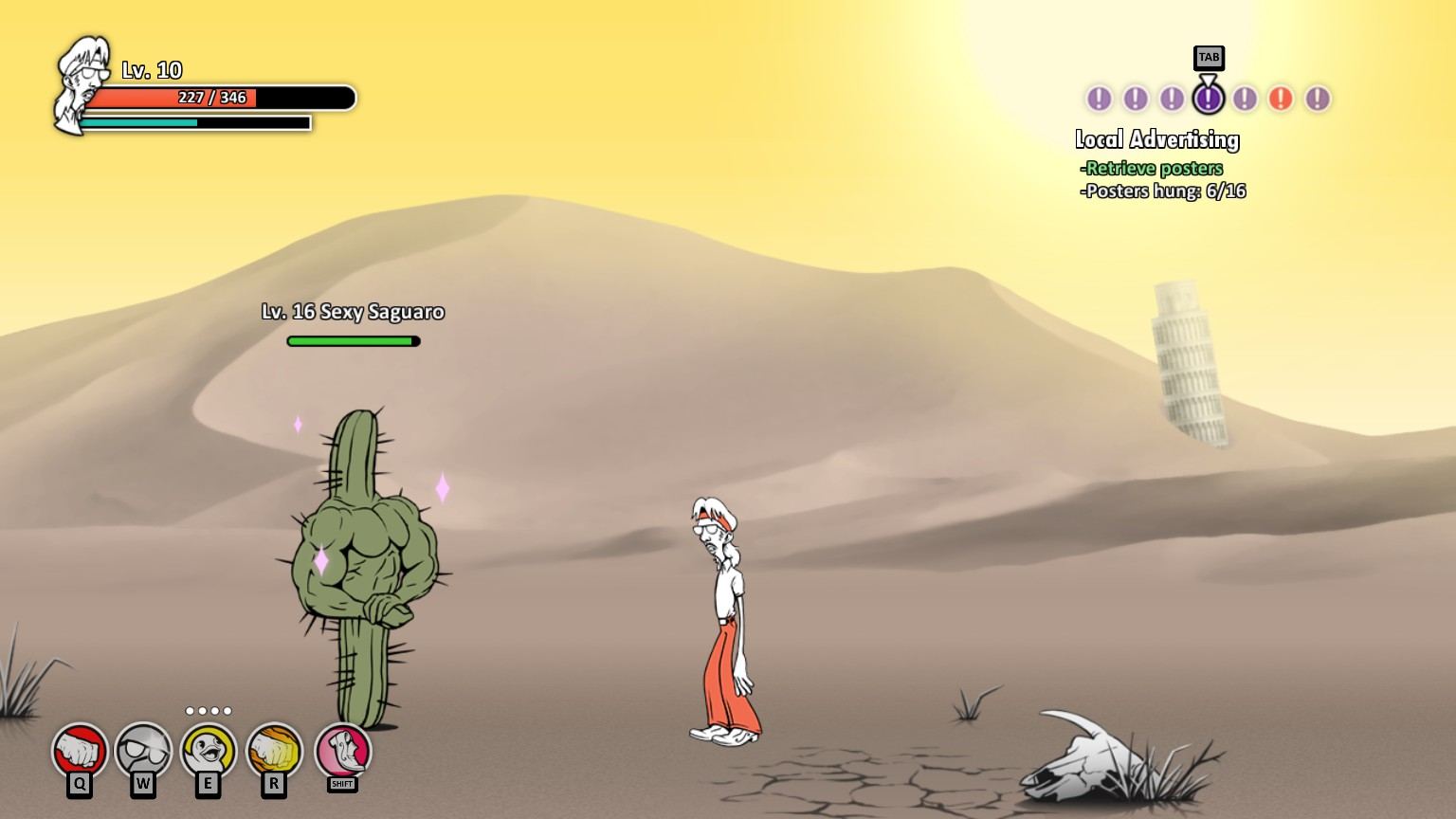 Use the Cleaner, Daryl!

Let’s talk about the main story first fellas. Like I said, the game takes place in a high school where you play as a new student. You will have a main quest line along with many other side quests and tasks. All of them will surely make you laugh. The first quest you’ll find will ask you to find new friends. Then your journey will begin.

The world had changed with a book which was written by two exemplary students of Water Falls High School. No more wars, no more famine, no more disagreements… the world reached to its perfect point. But later, something happened… And at that moment, you happen to be a nerd who has to save the ‘humanity’ again. 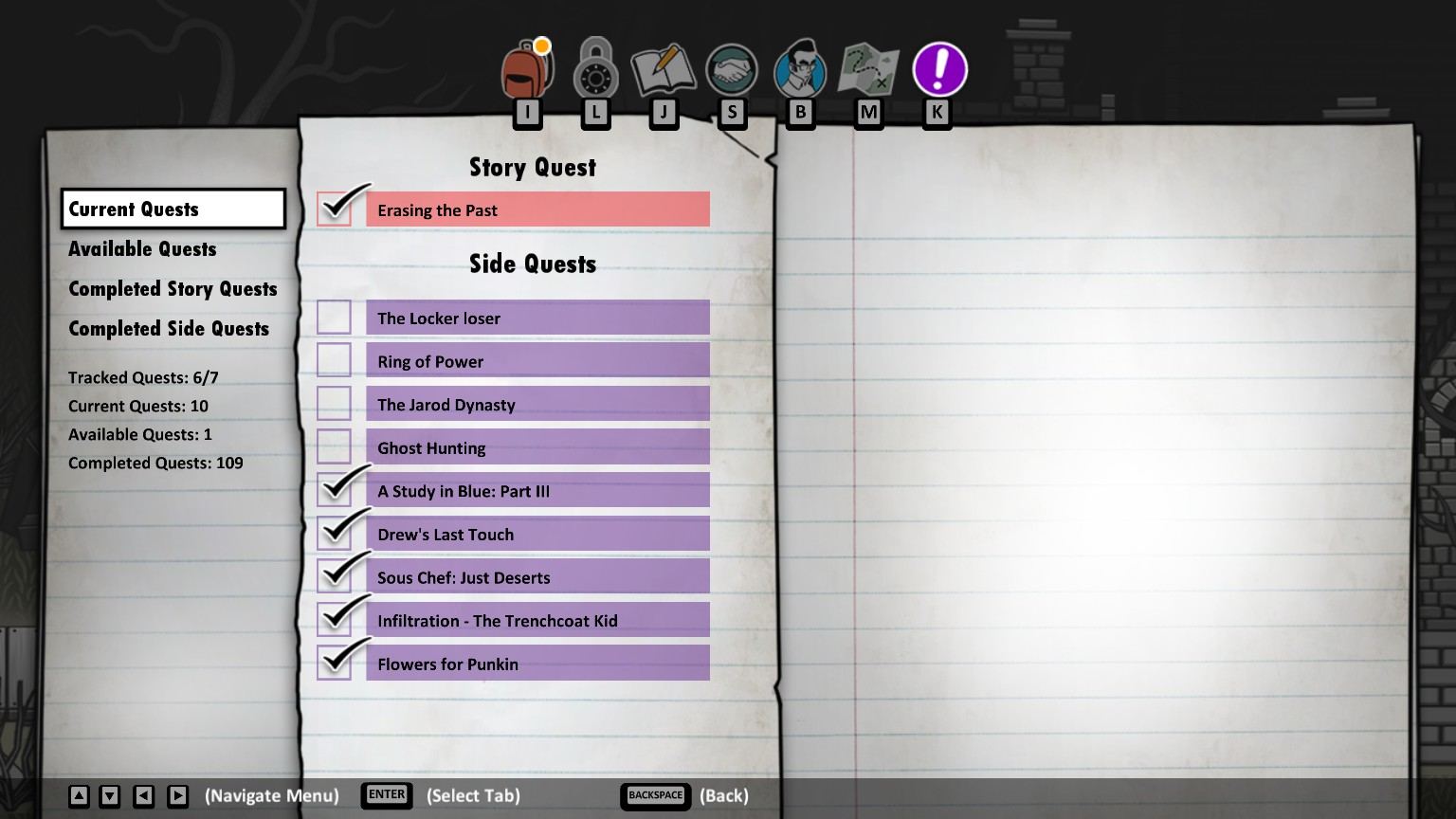 I don’t want to spoil anything about the simple yet crazy story of Super Daryl Deluxe so I will not continue on talking about the story itself. Instead, I will try to summarize my thoughts.

First of all, the interesting part about the story is not the story telling per se, but the absurdity and the weirdness of it. All the characters are weird and they reflect an exaggerated version of the individuals you could see during high school or even in history, science and literature books.

The first time you start the game you get the feeling that you play a game which only takes place in a high school and nothing more. But as you progress, you realize that it actually presents something more. Something that will make you laugh like a moron all the time and make you start questioning your mental health.

Let me give you one example to summerize the absurdity of the game: you can only save in the toilets. Yes. Urinals are for the quicksave, whereas the toilet cabins let you save separately.

In a nutshell, I can easily say that the game made me feel like reading a book of ‘the absurd genre’ of the second half of 20th century. As a literature graduate, I had a couple of flashbacks from the books that I read in university. To be honest, I can easily say that Ionesco and Beckett would be proud if they could play this game. 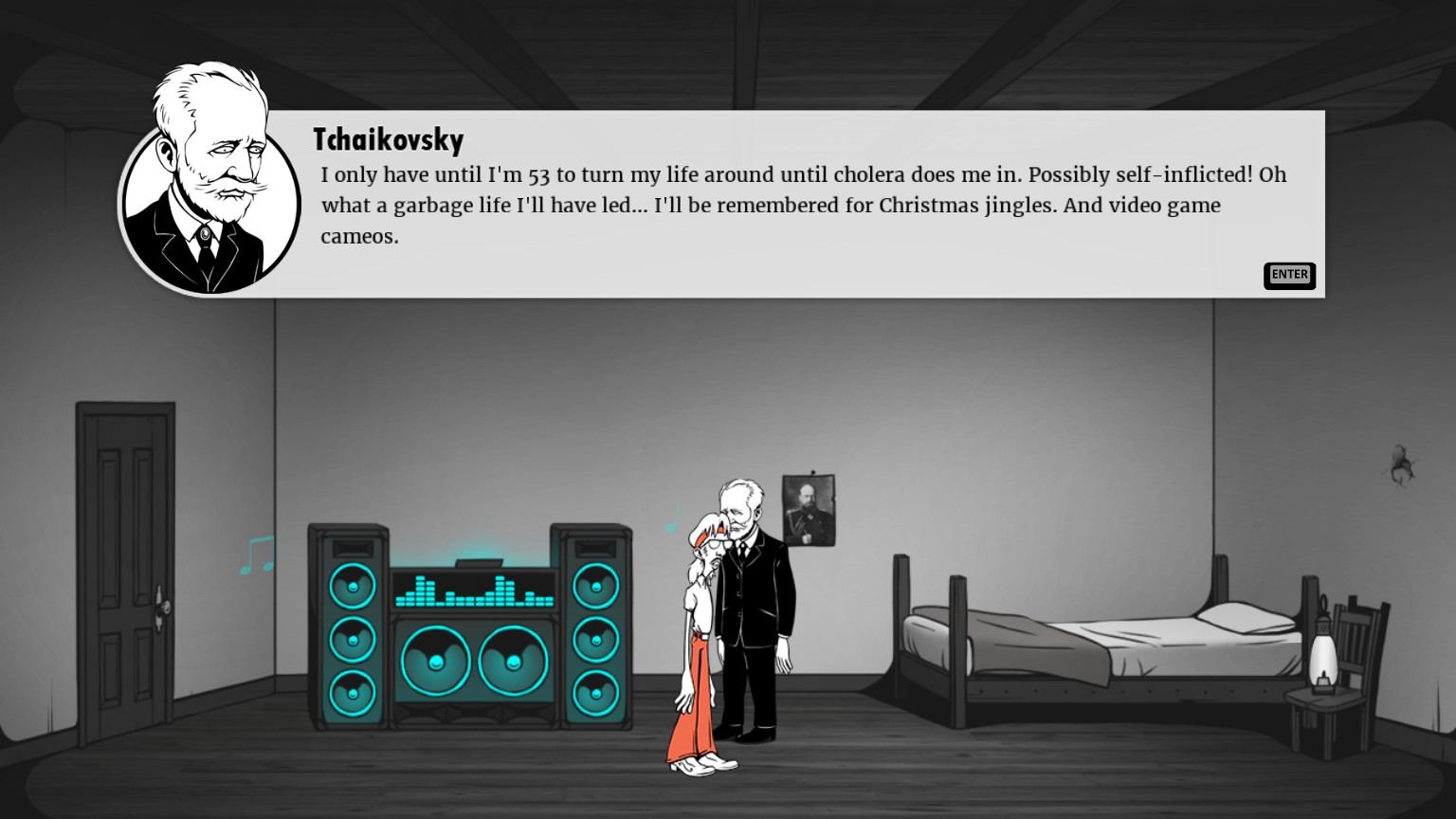 When it comes to the gameplay, Super Daryl Deluxe offers a unique RPGvania (a mixture of metroidvania and RPG elements) play style where you mainly focus on the RPG part of the game. There are more or less 40ish different skills for different levels and in order to obtain them, you will need text books. Yes, text books…These books are your main ‘currency for skill exchange’. You give these books to Alan and Paul, two ‘entrepreneurs’ who sell these books to other students.

As you level up, you gain SXP (Skill Experience) and with these points, you level up your skills. Each skill has its own cooldown so that you can’t smash buttons and play the game like a hardcore action game. Instead, you should organize your skills and have the best outcome possible. 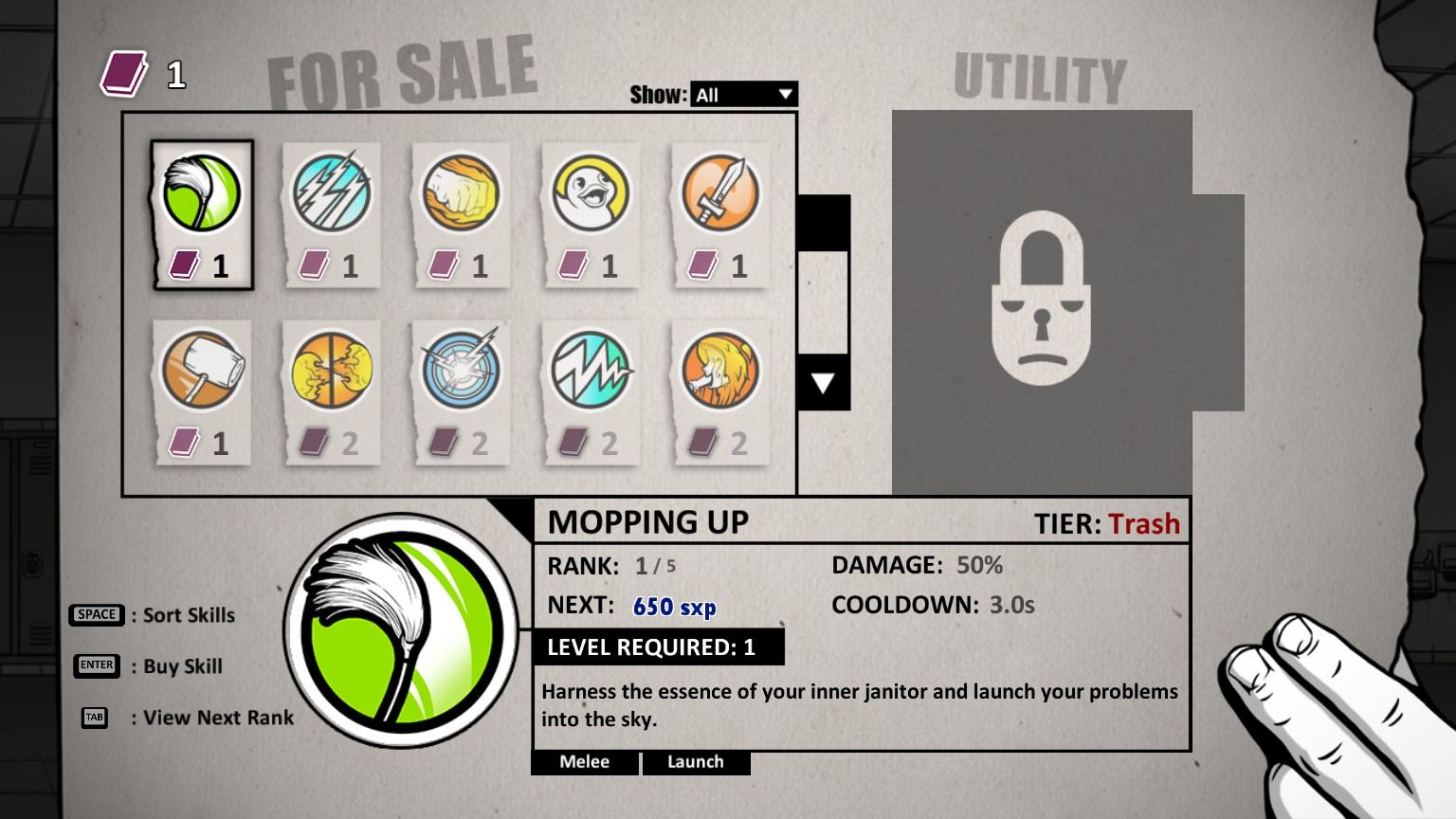 After completing side quests and reaching to a certain level, you get more powerful skills. You can carry 4 skills (8 skills in total after a certain point) and an extra utility skill. The main skills have different effects (some of them apply burn damage, while others stun your enemies or make them vulnerable whereas some of them are used to boost your damage or health.) You can use them one after the other in order to have a combo like effect.

The possibilities are pretty much only limited to your creativity. After testing out some of them, it is pretty easy to find the best way to destroy your enemies. And to be honest, this combat system is just perfect for a game like this. You can choose to throw banana boomerangs or you can just ride a shark (yes, literally a shark) on your enemies. The choice is yours. But one thing is sure; you will always see something weirder as you level up your skills because each skill has different visual effects and these effects also change according to the skill level.

Along with the regular combat mechanics, I can easily say that the boss fights are another interesting part of the game fellas. Each one of them requires a different approach and they are so satisfying that you feel like accomplishing something after you kill them. 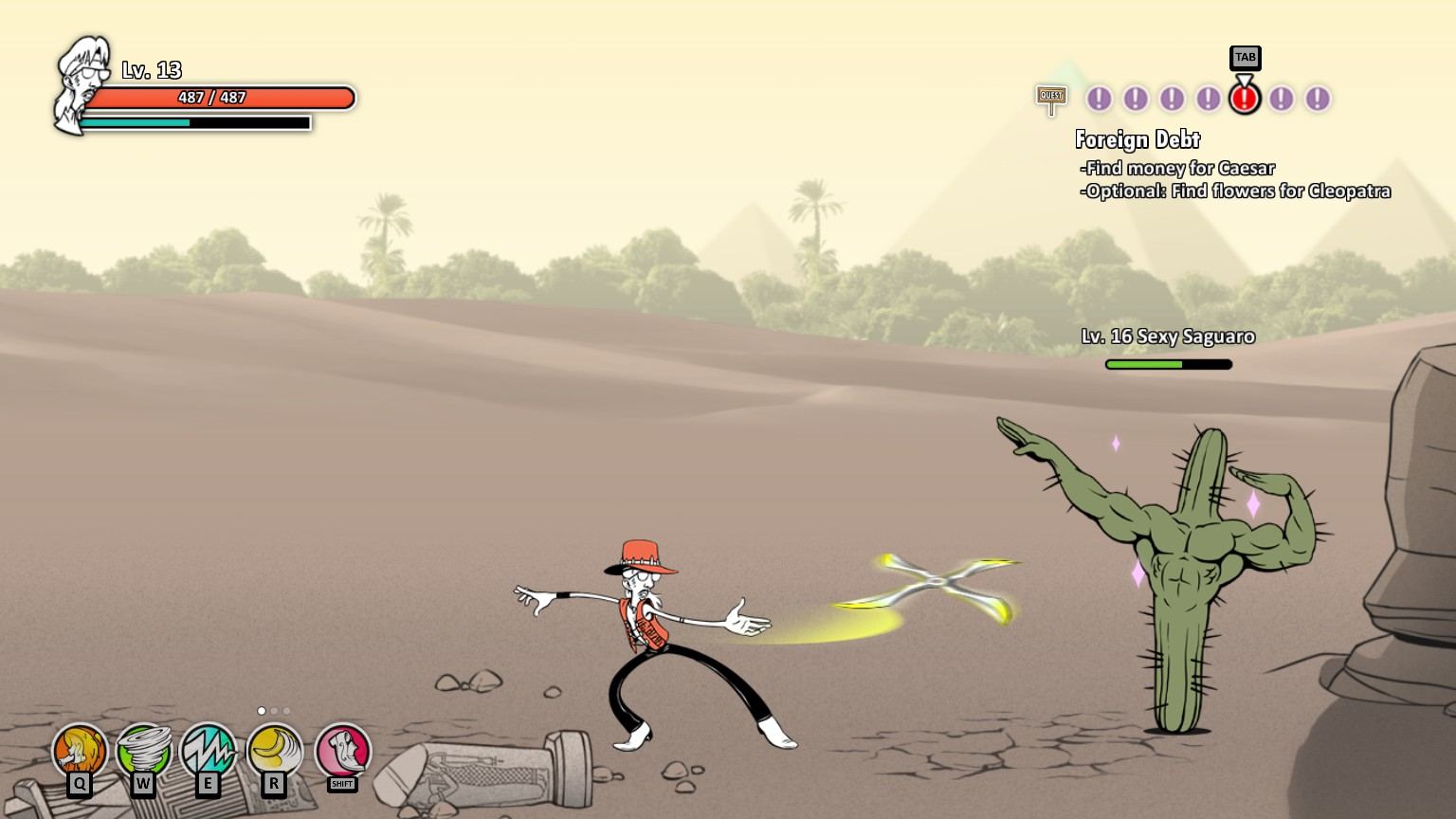 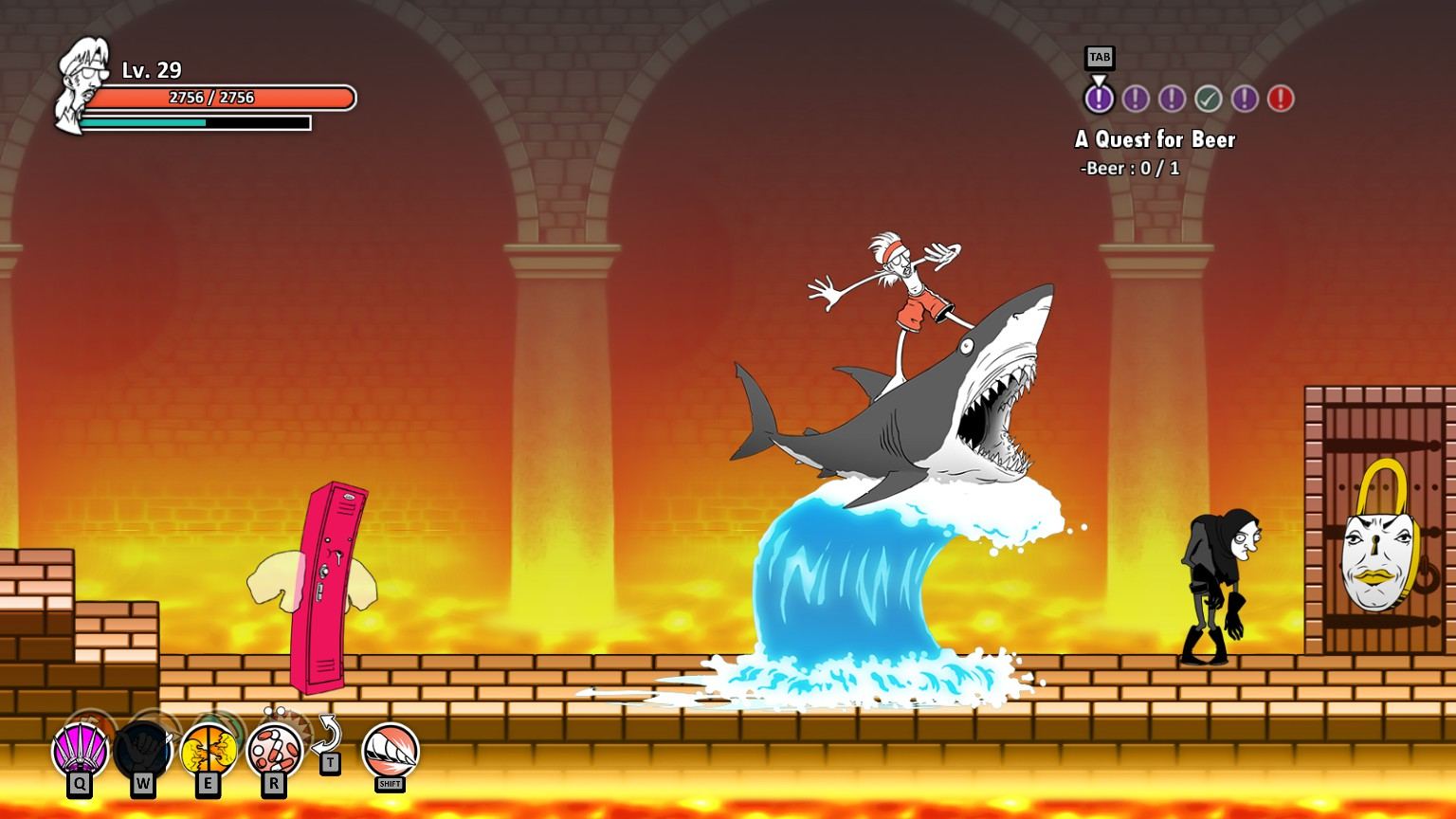 When you are not too busy with killing weird and absurd enemies like Frankenstein bats or goblins, you can talk to the students and other characters in different areas. Each one of them has something to say and each one of them are weirder than the other. I almost fell off my chair laughing at some dialogue lines. Want an example? You can also see Julius Caesar naked if you finish a quest… Well, you will see more than this during this game actually and all of them will make you chuckle.

Your travels will lead you to meet with many different characters from history or art like Mozart or Cleopatra. I really don’t have enough words in my memory to explain the absurdity of this game. You should see it yourself. Only then you can understand why I am holding myself so hard to not to spoil anything for you. 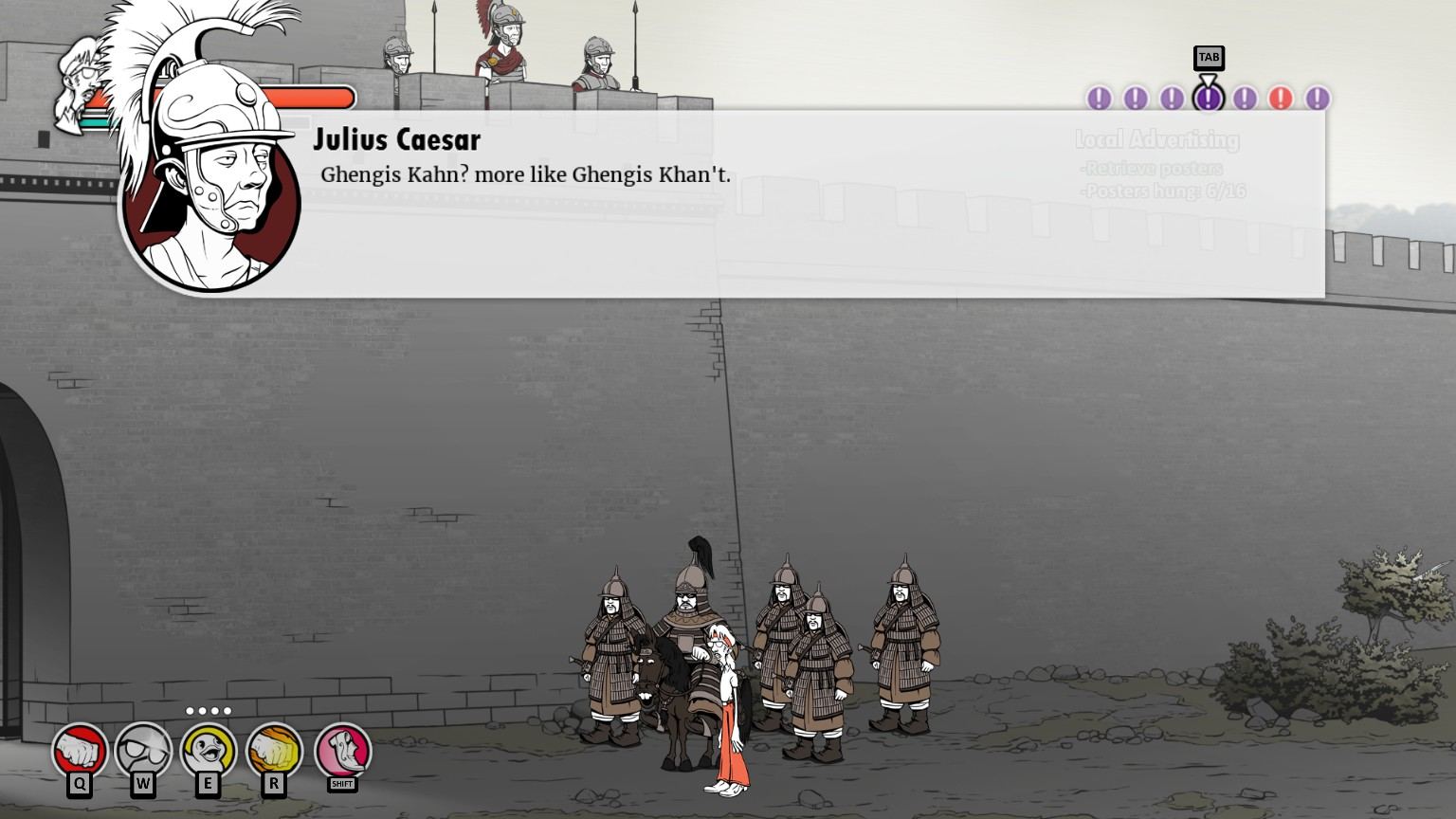 As soon as you start your first quest however, you will understand that something weird is going on in this school. There are multi-dimensional portals, an Ent who is actually a businessman or even the Death himself. And he is a really cool guy…

Weirdness is limitless wherever you go. Historical references are priceless and funny like hell. The representations of literature classics like The Lord of the Rings, historical recreations like a war camp of Napoleon or the representations of scientists like Einstein are just incredibly funny. The more you play the game, the more you want to discover around the map. 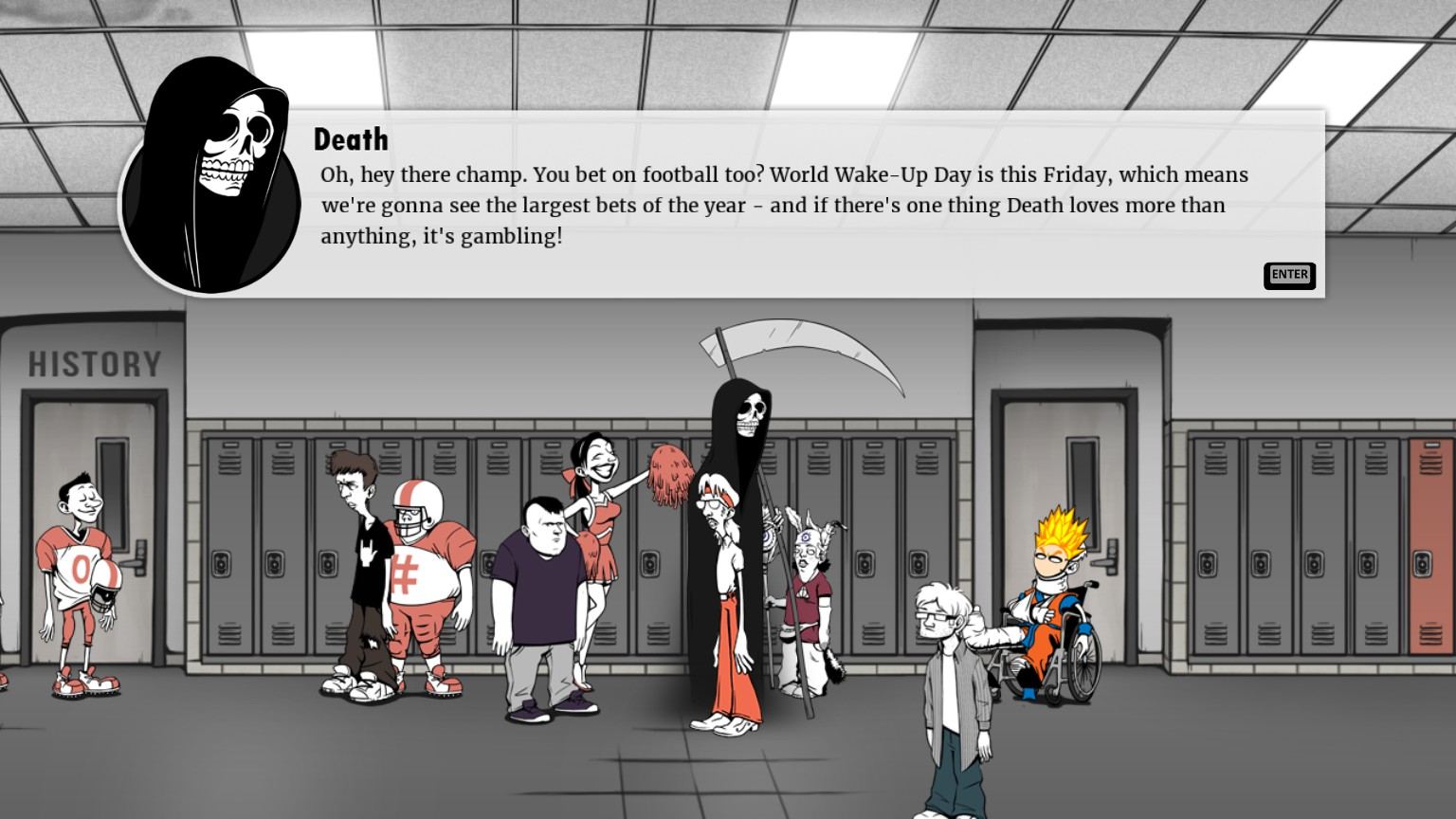 Oh, is that Beethoven?

Yes, it is Beethoven and he needs his ear-trumpet to be able to hear what you’re saying. Now this is your quest. So go ahead and try to find the item after killing a couple of musician ghosts… Oh, I almost forgot. Say hello to Mozart on your way, will ya?

This is what I thought when I was in the music room. Speaking of music, let’s talk about the sound effects and the music of the game. I have only on thing to say: they are absolutely beautiful! When you’re in a specific level ,you will hear weird soundtracks which mostly has the same lyrics: “Super Daryl”. I don’t know how I can explain the music and the sound effects of this game. They are just amazing! Each area has a unique music playing on the background. They are just… weird… absurd… and funny! 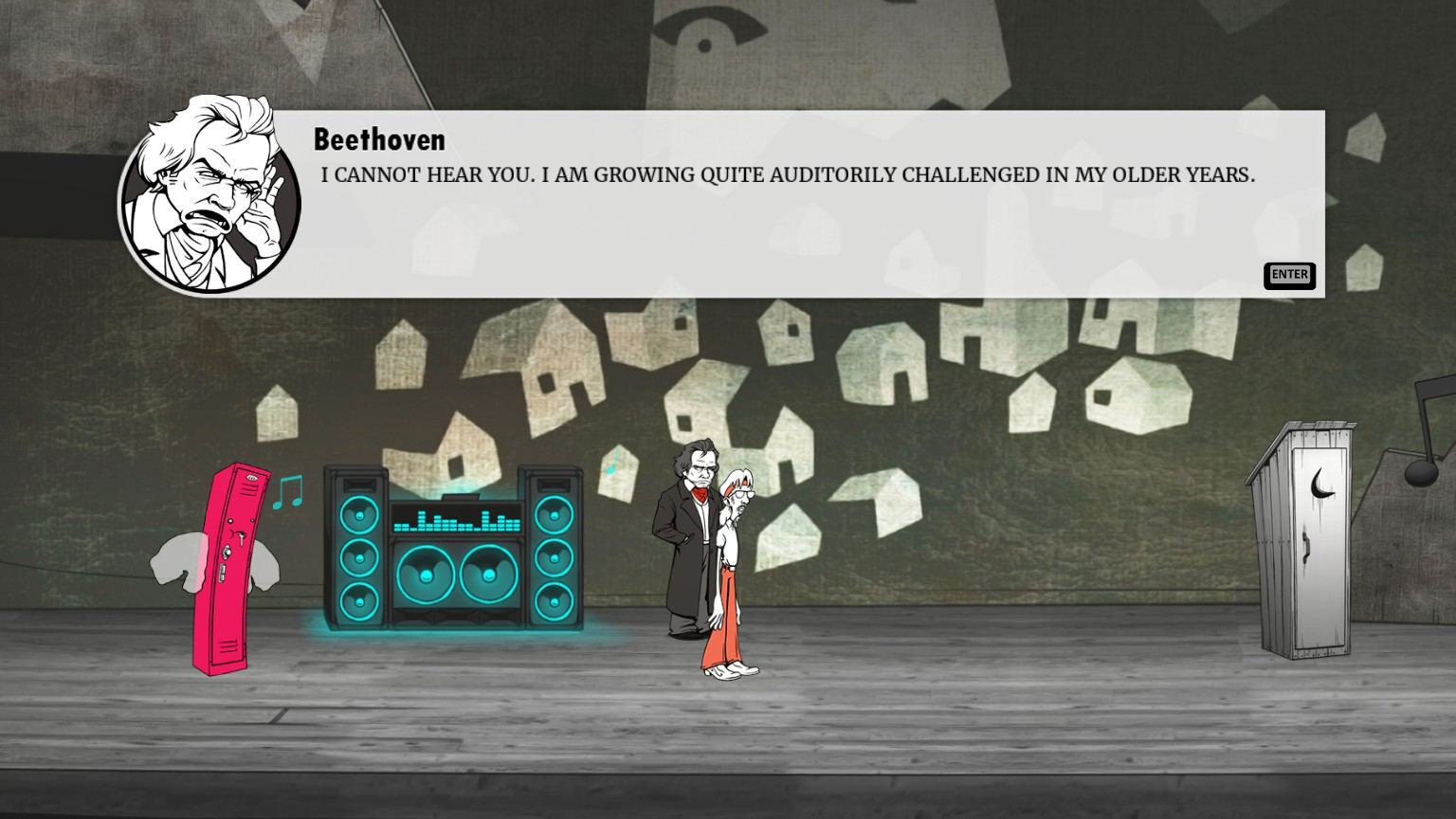 From the very beginning of the game to the end credits, every single soundtrack is just prefect! It both puts you in the mood of action and make you laugh so hard.

In addition, the art work and the graphics are so good for a 2D platformer game. As you can see from the screenshots, the visuals are unique and beautifully designed. The combination of these visuals with the music is just incredibly engaging. The absurdity is the cherry on a delicious cake. I can’t remember how many times I had to stop and admire the work the developers put into this masterpiece. 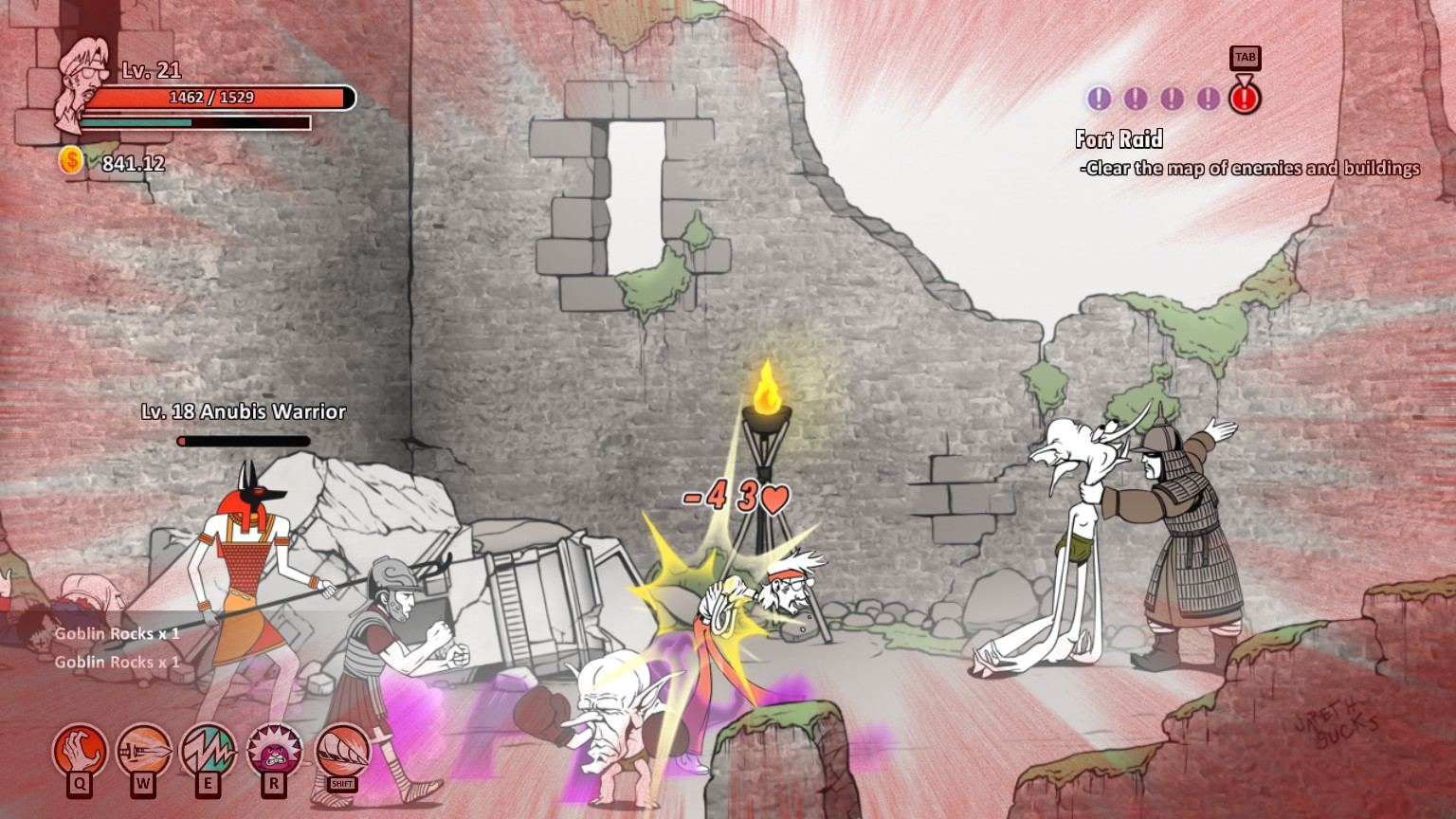 All in all, this game is the definition of ‘absurdity’, this game is a must to have and this game just fills a huge gap in the gaming industry nowadays: the lack of creativity. I would love to have a chat with the developers if I had the chance to be honest. Their imagination is something unworldly. And their creation is just perfect.

However, as it is in every other game, there were some issues. Nah just kidding, the only thing that I was concerned about was a couple of bugs which will be addressed in the upcoming patches and that’s it. Other than that, the game is just perfect. It is fun, it has good visuals and music, it is engaging and it will make you forget about the time. And believe me, when it ends, you will start wondering if they will ever make a sequel. 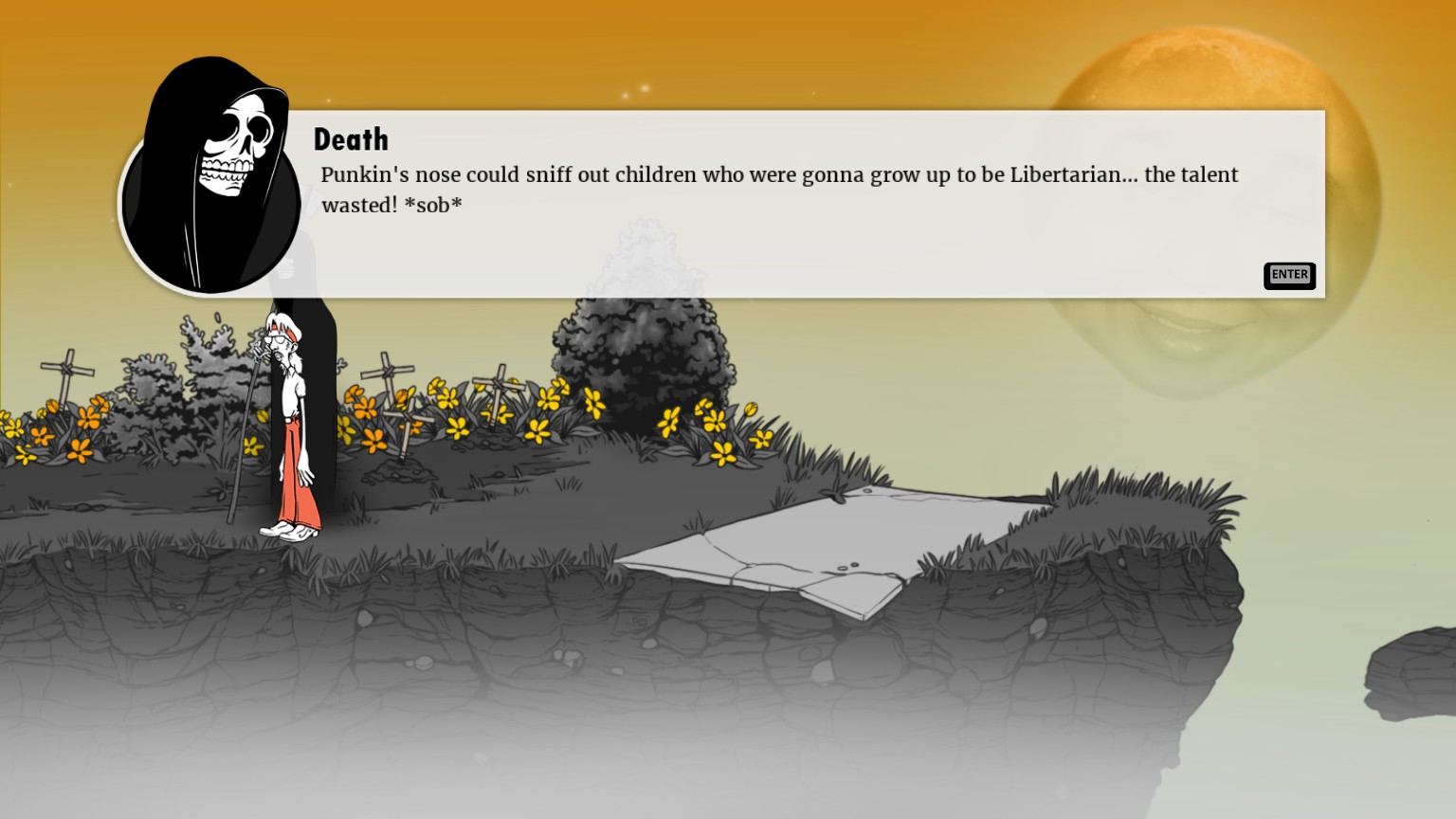 The game is available on Steam, PS4 and Nintendo Switch.

Super Daryl Deluxe was reviewed using a Steam key provided by the publisher.

Super Daryl Deluxe is the delicious, unique and fun representation of absurdity. For platformer, RPG, metroidvania games fans, this game is a must to have. The game deserves every penny you would spend for it. It is cheap, fun like hell and it has a unique humor. Play it, you will never regret it.

Looks like we’re not done with the PS exclusive games for PC yet. And now ...
By Haktan Yılmaz
18 hours ago 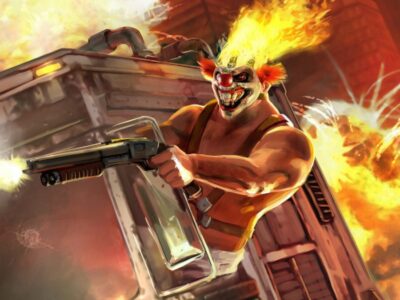 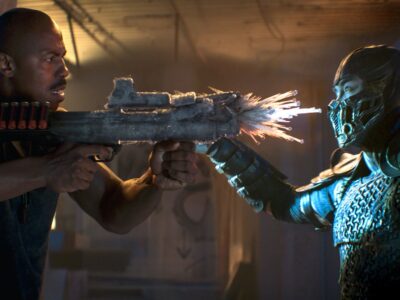