Previously, with a psyched news piece, we’ve announced that a game which is like any other is on the way to hit PC. Well, that was my point of view, since Jengo claims to be “a point & click adventure game of the most old-school tradition in a world of MMOs, MOBAs, RPGs, and other popular genre acronyms.”

I am a point & clicker myself, or a pointer & clicker? Well, I like to click somewhere on the screen and enjoy watching the character go there and do some stuff. Robot Wizard is now working on Jengo which is also a point & click adventure and the main protagonist of the game, Jeff, goes where you click and does some stuff like it should be.

But, what is the catch? What separates Jengo from other other point & click adventures around? Well, with no doubt, the visuals, but we will come to that later. The second charming part of the Jengo is that Jeff is a rock-solid old-school gamer who spent his life in Arcade saloons. He now finds himself in the world of pre-purchases, special editions, paid DLCs, in-game purchases, legendary items, chests and microtransactions. Well, Jeff is tired of your next-gen gaming.

So, I was lucky enough to play the demo of Jengo and the demo was always screaming like “I AM A DEMO.” There was even a character saying something like “dude, this is the end of the demo, go away before I punch you in the face.” And, the demo was one of the most precious and beautiful things I’ve laid my eyes and hands for a long time.

I can say that the visual art you’ve seen so far, is real. I know it is hard to believe, but the trailers and the screenshots reflect the general beauty of the game. Thinking that it will be improved before launch is crazy. 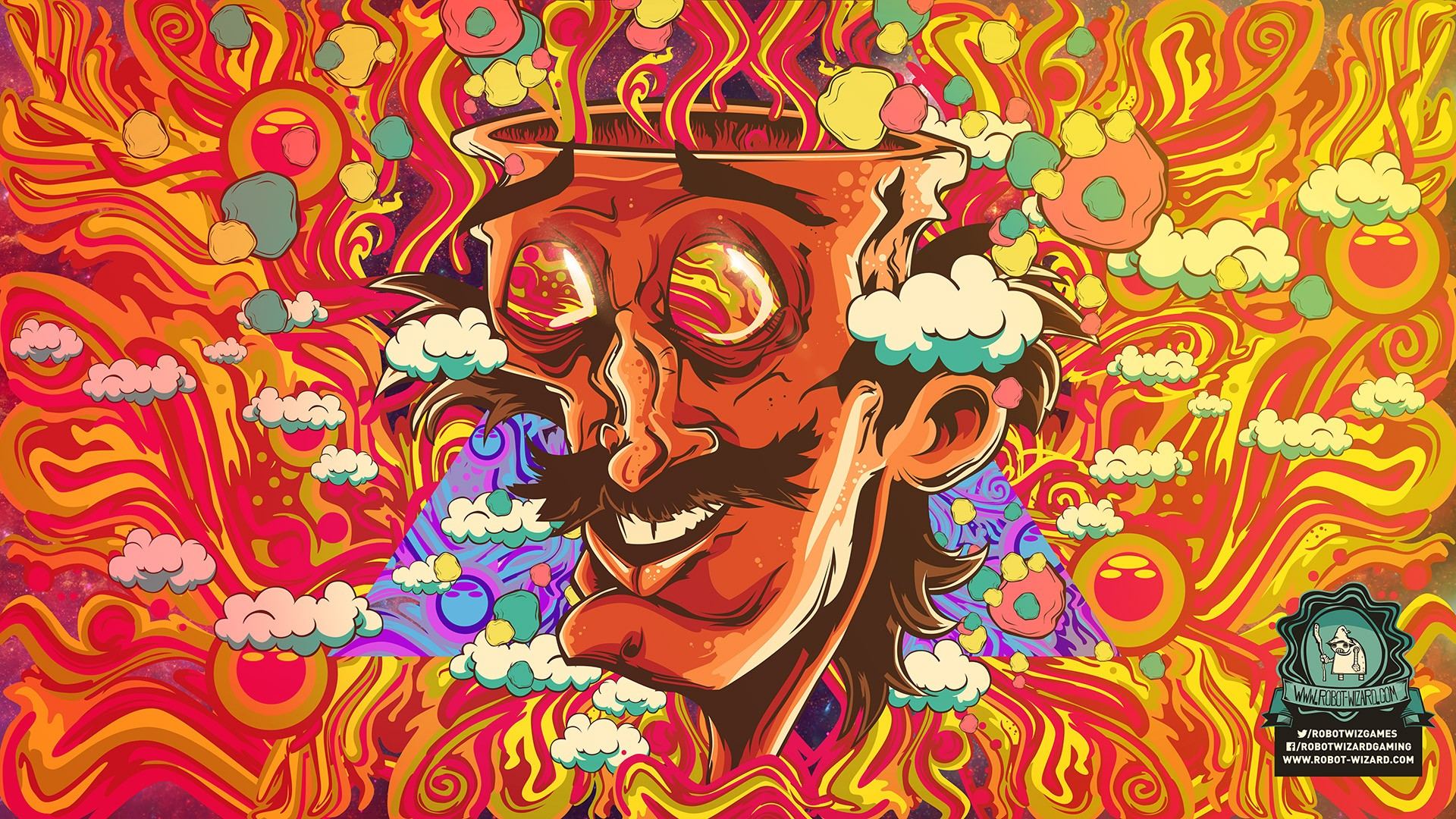 The Jengo demo tells the story of Jeff taking no shit from the new generation gaming and finds himself in a shop which reminds us the shop from Gremlins where they bought the Mogwai and unleashed hell on earth. The environmental art and sounds are brilliant, and the way you interact with objects are hilarious. There is even a tiny Nazgûl in a cage which I would love to pet. 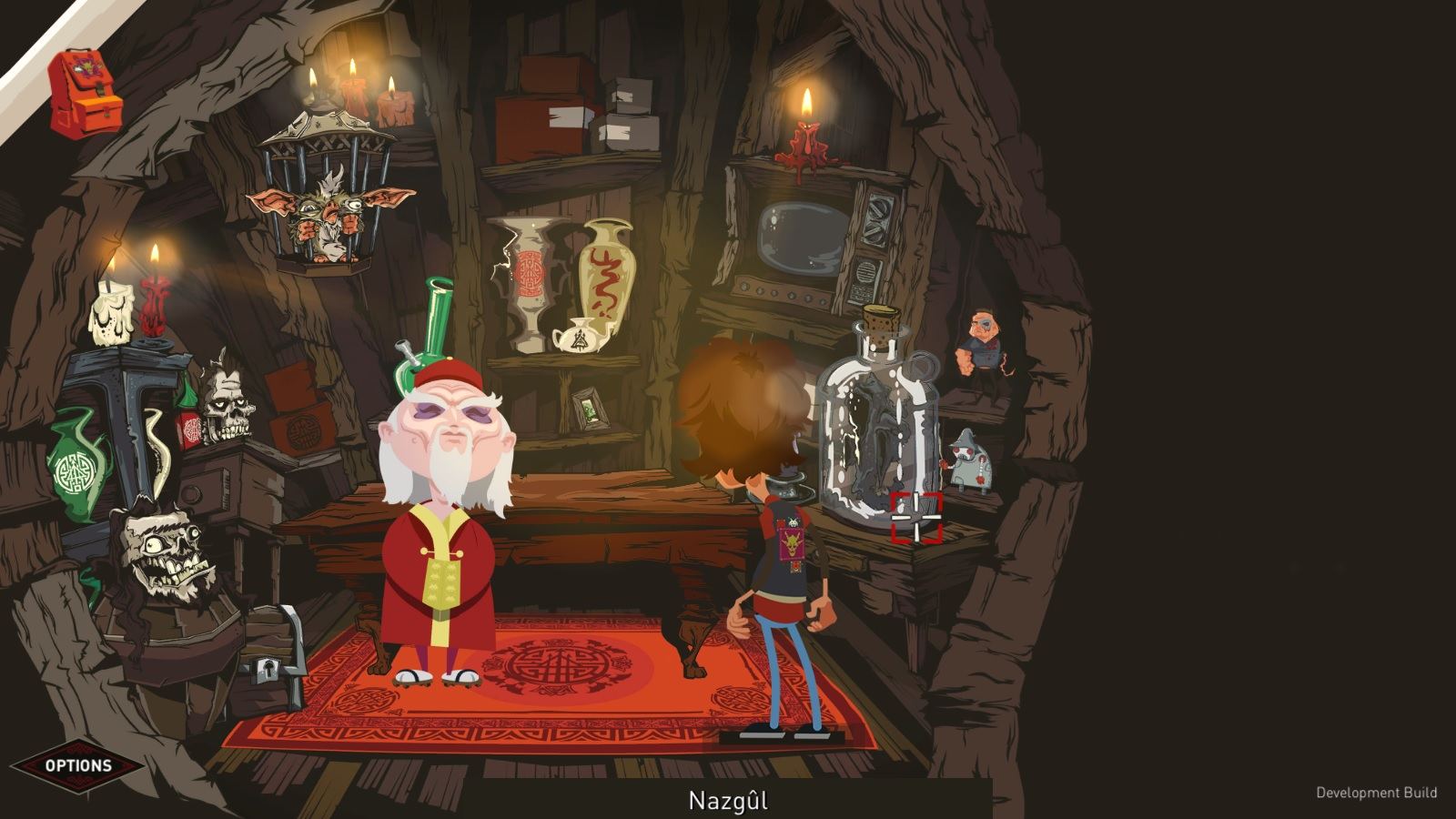 One thing leads to another and Jeff finds himself trapped in an old-school console. A new world to discover and a new world which is filled with cross-references to eh, everything we love about old-school games.

Did you ever wonder what happened to Princess Peach after your countless attempts to save her? What is Lara Croft doing on her spare times? What about a prince charming? What happened to Piranha Plant? Jengo takes you to a world filled with nostalgia and not-so-happy endings of our beloved video game characters. Oh, and weird quests, too. The game is so well designed and dialogue options are so hilarious that I believe the final version of Jengo will be monstrous. 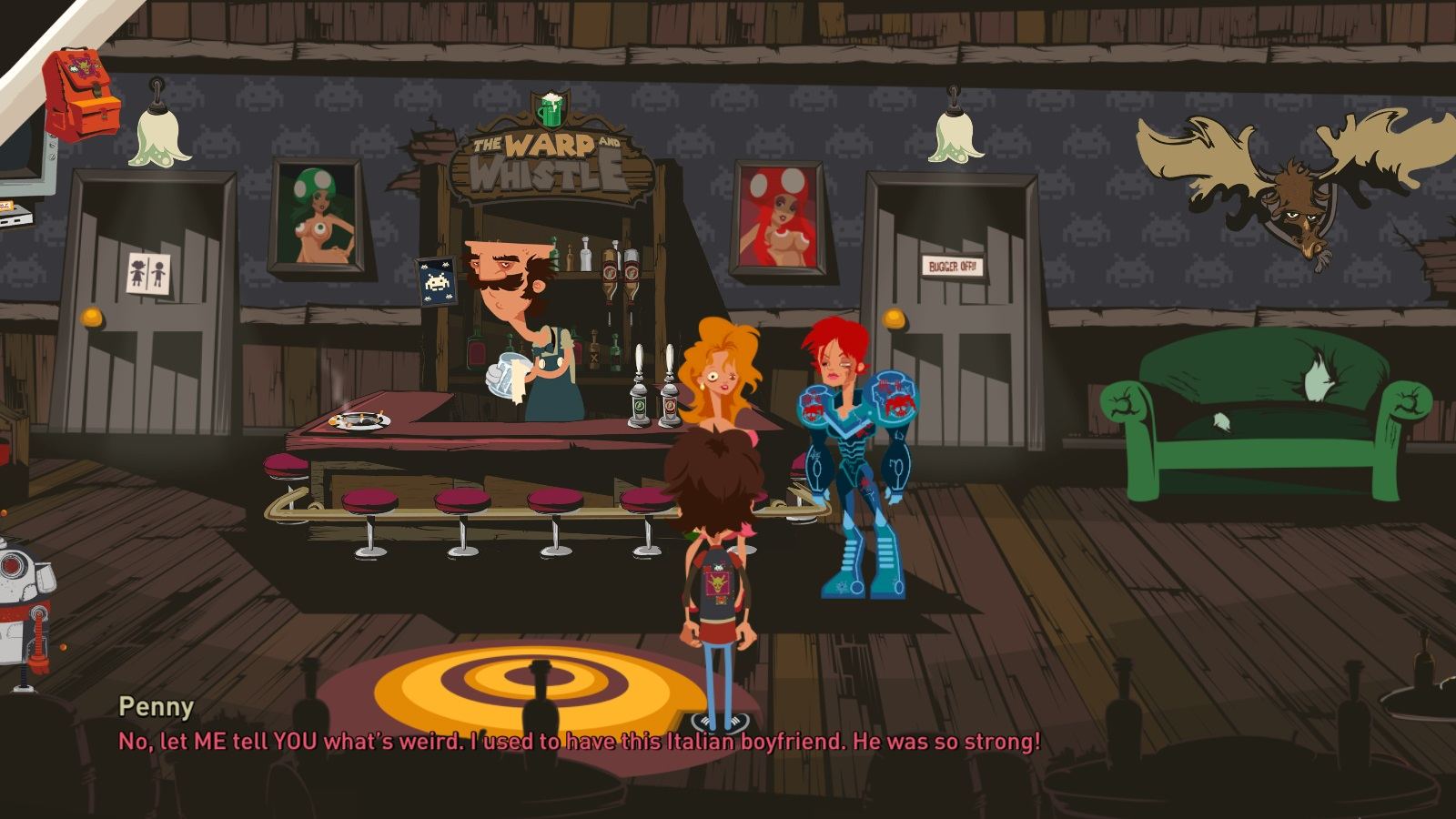 The gameplay mechanics work smoothly and Jengo has lots to offer, even for a demo. With no doubt, the game takes its place amongst my highly-anticipated games of 2019. The Fig campaign is still a thing and if you want to be one of the backers of this upcoming masterpiece, visit here.

Everyone pretty much heard about the ‘hot tub meta’ disaster that stormed through the Twitch ...
By Haktan Yılmaz
June 21, 2021

Microsoft has made the decision to implement their Xbox Series X/S exclusive games for Xbox ...
By Haktan Yılmaz
June 17, 2021
0 %