Planetoid Pioneers is a 2D platformer-like game where you struggle against the laws of physics and try to build a space ship by destroying and recreating items that you find. Yes, this sentence should be enough to summarize the basics of this game. If you had played any physics based platform game (or any other game of a different genre which I can not name right now due to my lack of knowledge about the genre), you can guess what would you expect from a game like this. However, if this is the first time that you hear this kind of a game, I’ll try and explain it to you.

The game features a simple story about you falling on a planet where there are hostile creatures and, apparently, very hostile and unusually weird physic laws. The story doesn’t tell you much about your character and his mustache covered face. However, the game does an excellent job about leaving you alone with the frustrating but interestingly funny physics laws of the planet. Before I start talking trash about this game, let’s take a look at the basic features, shall we? 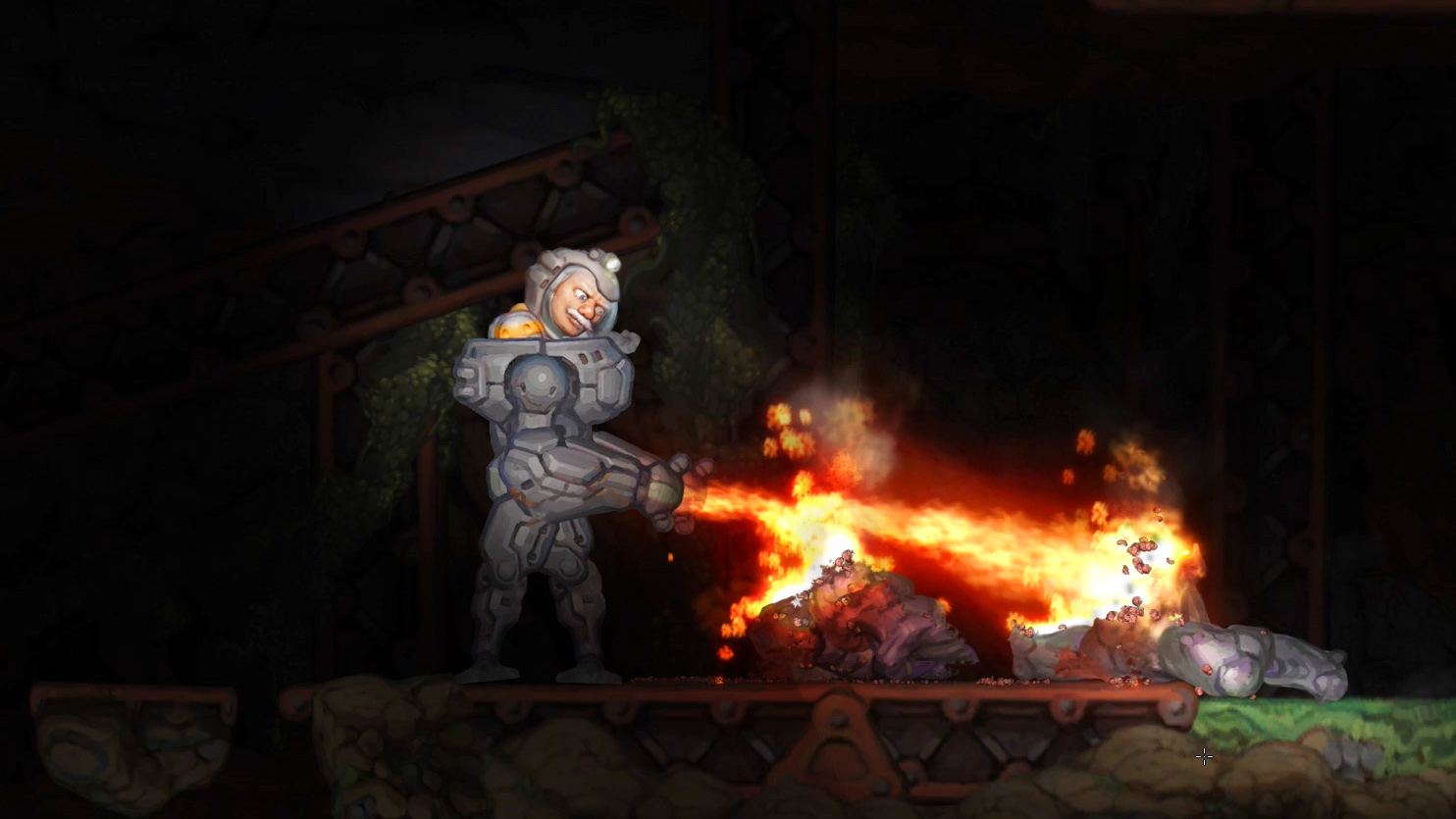 The game offers you the opportunity to control a character with an atomiser, the item that you will use to destroy items and recreate them whenever you need. You will be running, jumping, shooting, crawling and making strange (dance) moves to be able to jump over a tiny hill and climb up to get to a certain point. Let’s say you found a couple of boards or ceiling supports during your exciting (!) travels. You have the choice to destroy them with your atomiser and when you destroy enough of them, you unlock a blueprint. After that point, you will be able to create that item whenever and wherever you want provided that you have the necessary materials. I can see that you get the main idea and I can see the spark in your eyes fellas. But, be patient. We have much to discuss and much to learn. (Hail to those who remember this line.) 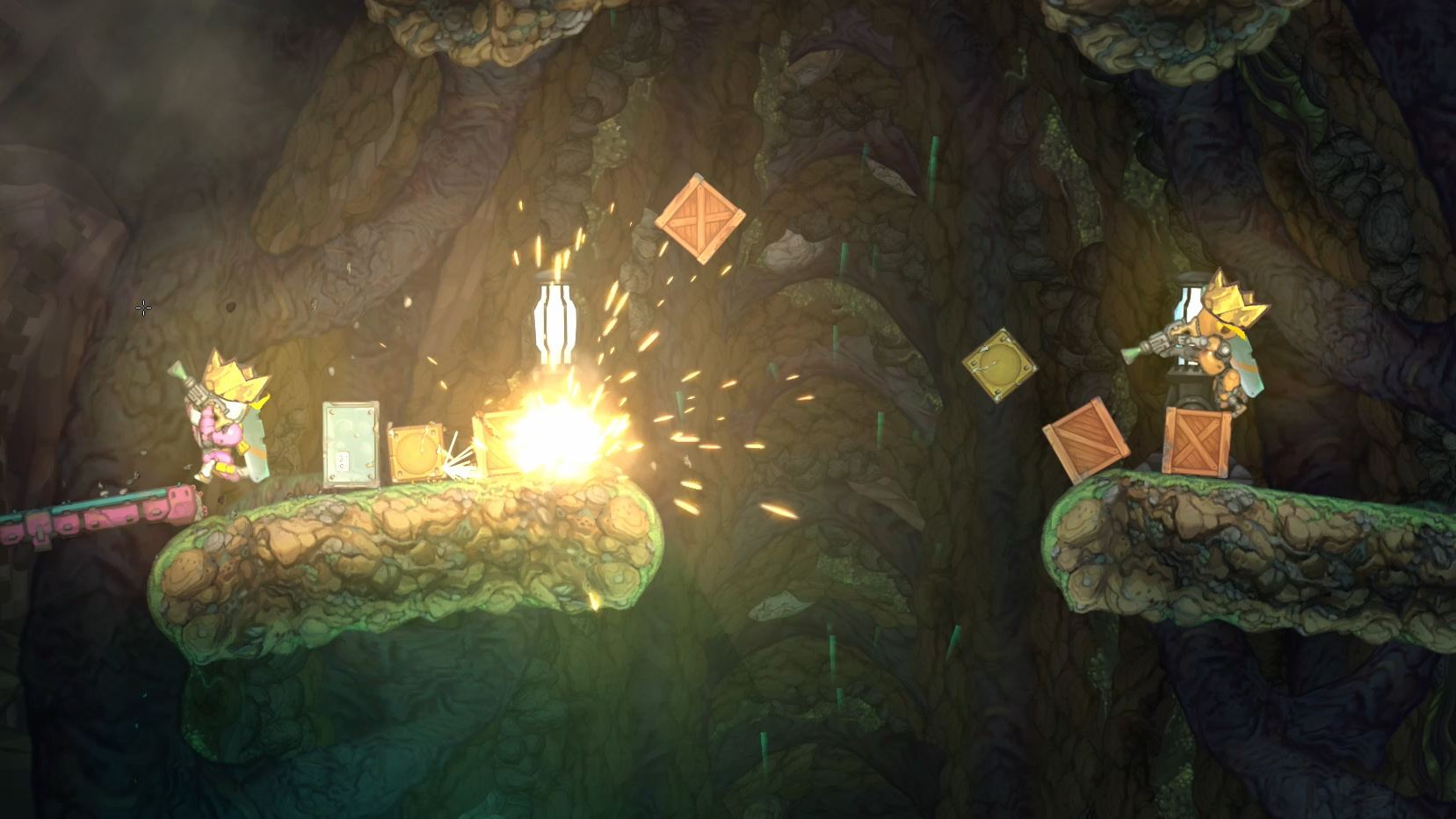 The main problem starts when you realize that it is actually a game which was designed to make you push the limits of your imagination. This is both a good feature and it can also be very frustrating from time to time as this physics based game doesn’t really help you about moving or accomplishing something. As soon as you start travelling around, you will find the waypoints which will both save your game and give you the ability to change bodies (yes, bodies) by fast travelling.

The map (which is huge to be honest) is designed to give you the enough resources and items for you to travel any point of it if you are patient enough. I say ‘patient enough’ because when you start moving, you immediately realize that it is not actually easy to control your character. Flipping arms and legs all around when you only wanted to jump a little to get past a tiny rock makes you think that you’re in a pool and someone is grabbing you by your legs to drown you. Is it that bad? No it is not. But for new starters, it is a nightmare for sure.

The first time I jumped into the game I was a bit disappointed, I’ll accept that. I am not a huge fan of platform games, especially the games which require the only thing that I do not possess: patience. But strangely enough, this game succeeded in catching my attention. After a couple of minutes, I was jumping like a moron all around the map and destroying everything that I could find so that I could get past the point where I had died way before I realized that the game was fun. Yes, it was hard to get used to the controls and everything. But when you realize that the choices you have are (kind of) unlimited, you get hooked.

Let me give you an example. As this map represents a planetoid, you will face many hostile creatures and other neutral ones. At one time, when I was hitting my head to a huge cliff which I had to get past in order to make some progress, I realized that there were creatures with claws climbing to the top of the cliff instead of having brain trauma like I was trying to do. After that huge enlightenment, I decided to use my hunting rifle (which I had created thanks to my atomiser) and killed a couple of them. Then, I created my own ‘creature’ with my atomiser just a couple of inches above my head, next to the cliff. And suddenly, the creature started climbing the cliff and it grabbed me with its legs and carried me all over to the top (not the first time of course but that’s not the point). And that, dear fellas, was the first time that I realized that my imagination had been like an empty glass. 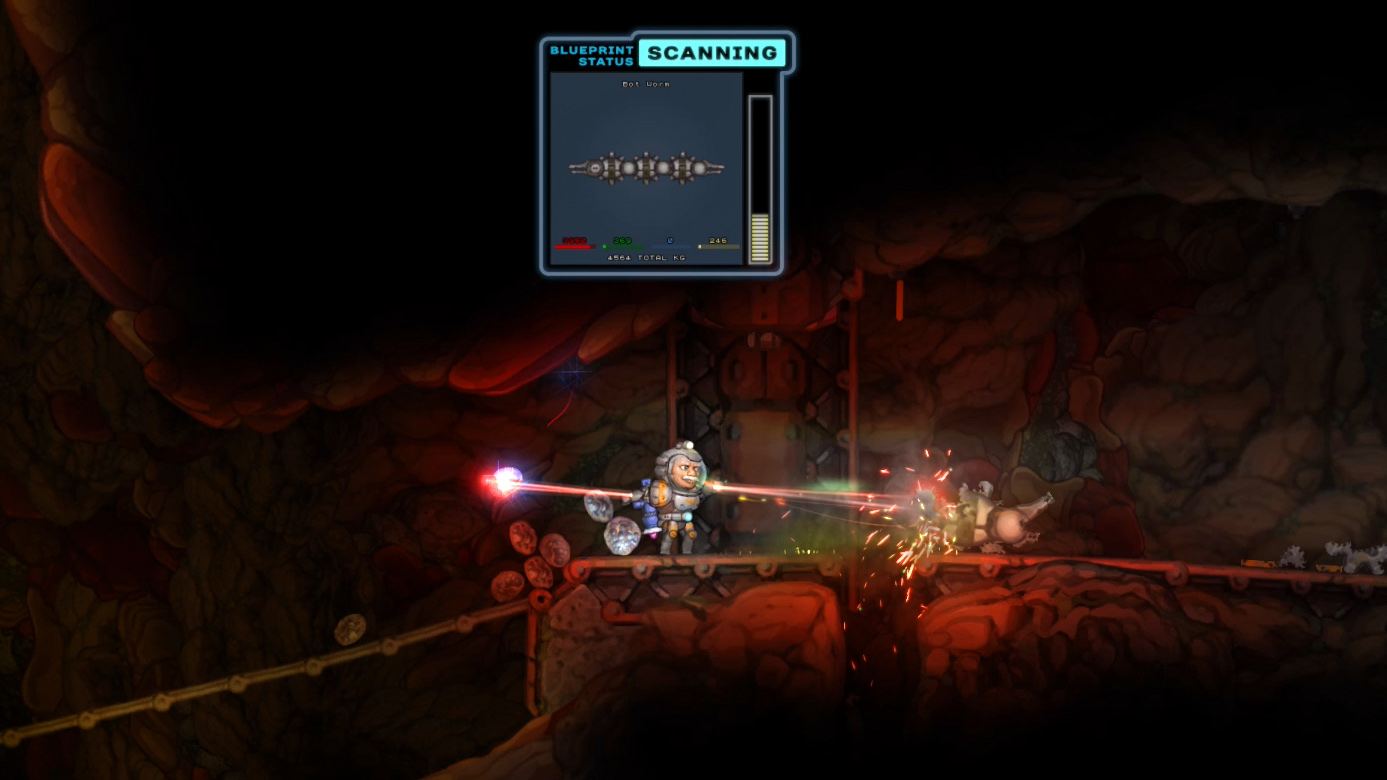 The example I gave above is just a little part of this game. You can do many other things with your atomiser and the world around you. The only question you should ask to yourself is this: “Do I want to play a game where I can do whatever I want except having an actual goal?” Oh, wait, you do have  goal. I remember now. Instead of creating the stuff that you had already destroyed, you are supposed to rebuild your space ship to get out of that planetoid. But, the main goal of the game is not the main part of it. The main part is the ‘puzzle-like’ world around you which will always offer a new challenge that you have to complete by using your imagination and the resources you have.

At that point, the game is a huge success to be honest. The puzzles and the challenges you will face makes it a unique experience. However, as a 2D patformer game, it doesn’t offer an interesting visual experience. Sound design is good if you ask me. It is neither too good, nor too bad, so it is acceptable. It requires more instructions, maybe clearer ones. But other than these missing parts, if you like 2D platformer games and if you like physics based controls like this, I’m sure you will have so much fun with this game.

Another good feature of the game is that it allows you to play with your friends in a co-op mode which I haven’t tried yet. But as far as I can see on the screenshots and videos, it looks pretty interesting. So, you can also try this game with your buddies and be crashed by the unforgiving physics laws together. But we should all accept that this game is not for everybody. As a person who doesn’t like platformer genre in general, I had a great time with this game. And, I would recommend trying it out if you think that this game might be a good addition to your collection.

Planetoid Pioneers is now available on Steam and if you are interested, go ahead and click on that buy button.

Planetoid Pioneers was reviewed using a Steam key provided by the publisher.

As a person who doesn't like platformer genre in general, I had a great time with this game. And, I would recommend trying it out if you think that this game might be a good addition to your collection.