For some time now, I am looking at this blank page which is not blank now and thinking how to put Stories Untold into its right and highly deserved place in your heads and hearts. Beyond any doubt, Stories Untold turned our world upside down.

Speaking of ‘Upside Down’, here I admit the reason why I bought this game in the first place. Yes, it is the Stranger Things effect most of us are experiencing for sometime. The series woke up the sleeping giant and now we are all craving for 80’s horror stories. And here we end up with Stories Untold, a text-based narrative-driven experimental adventure game that takes us back into 80’s retro madness.

Stories Untold consists of four mysterious and intense short stories including the remastered version of ‘The House Abandon’. All these four parts of the game feature old technology devices such as an old computer, again an old radio and such. Since Stories Untold is a text-based game with point & click elements, we spend most of our time in front of some screens and typing, switching between screens and correcting our typos. Oh, you know, the definition of gamer kind of fun!

I don’t know you, but it is always fun to tinker with these old machines. And from my point of view, No Code Studio reached a new level of designing with these machines. They are rather easy to use (nothing like our smartphones) and operate.

The sweet taste of horror! 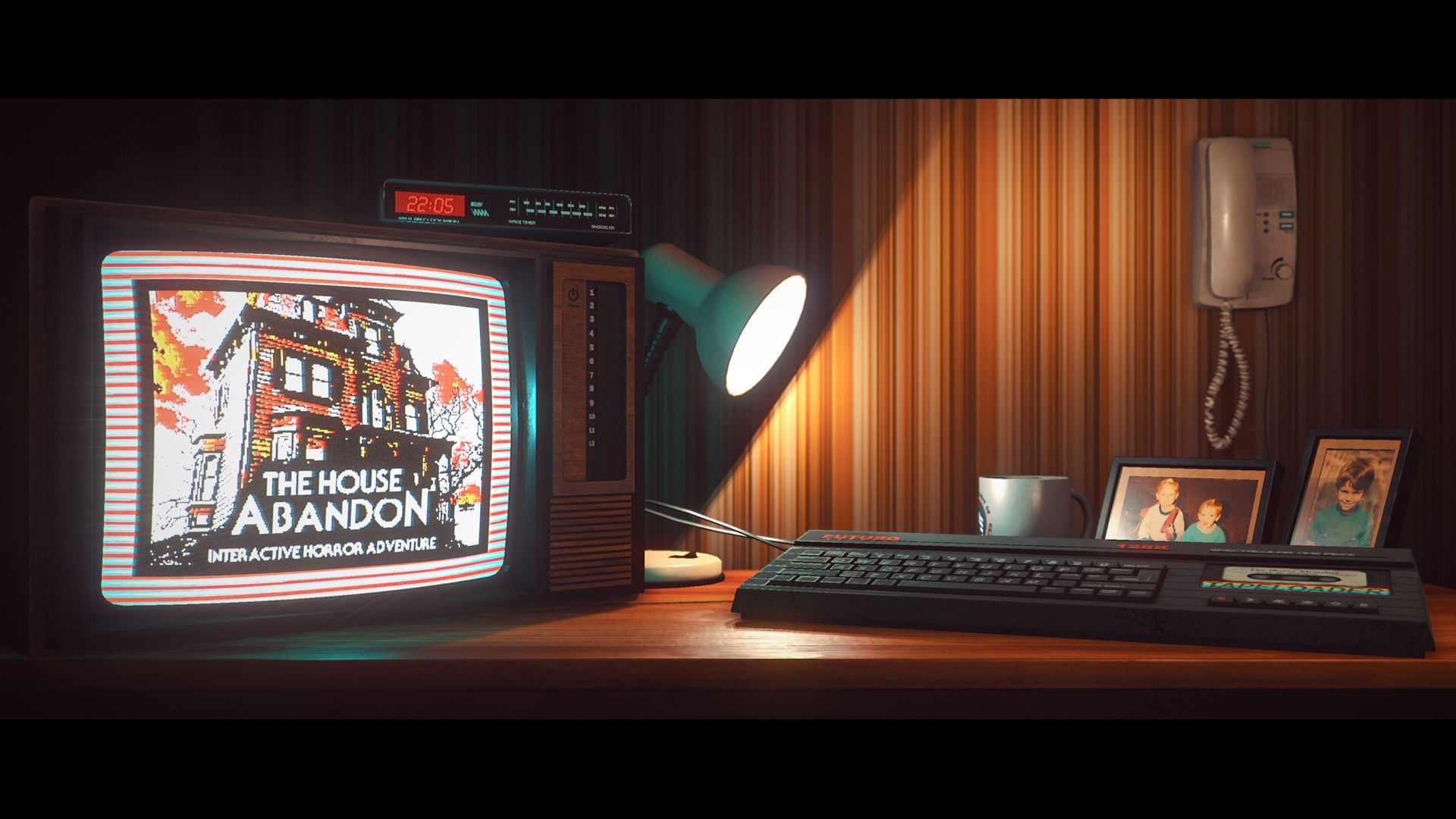 Stories Untold started with the episode named The House Abandon which is a creepy horror story. I found myself in a dim room with a CRT monitor, some pictures on the desk, a table lamp and an old phone on the wall. If you are familiar with the Chekhov’s gun principle, you know that if we see the gun, we will  use the gun. Anyhow, when I saw the pixels creeping up and down, I knew that through the The House Abandon story, I had a high possibility of pissing myself.

The story began to reveal itself on the screen, told me that I was in a car in front of a house. With simple commands like ‘look’, ‘open’, ‘read’ and the charming sound of of an old keyboard, I achieved to get in the house. While the resting story shaded into a horror adventure freak show, I was so into the game and ready to jump –and I didn’t disappoint myself and jumped a few times. When I made my way to the upstairs, the room started to change around me based on the story. And, this is where the game showed itself in full. I was complete and stayed there with an open jaw.

I rushed and told one of our editors that I might have a heart attack. After I was assured that I won’t, I started the second episode, The Lab Conduct. The splendid soundtrack welcomed me again. This time I was in a lab, carrying out an experiment. Compared to the Episode 1, the second episode demands you to turn switches on and back in an order and less typing. This is where the game deserves its sci-fi status. With every episode, Stories Untold gets more mysterious, more twisted and more demanding.

Time to grab a piece of paper and a pen! 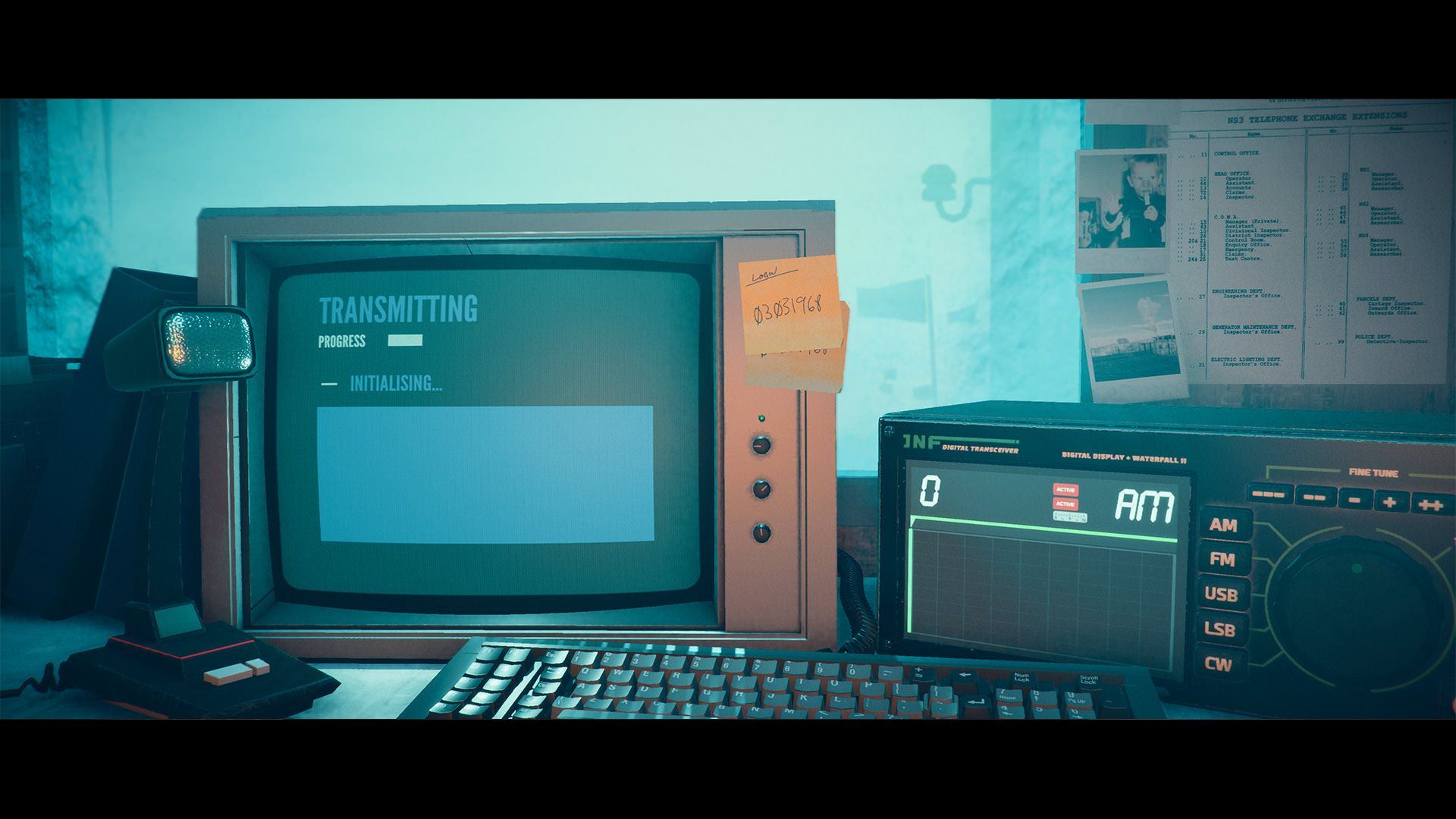 The Station Process, I believe, was the most tiring episode of the game. This is the part where you will lose your self confidence and grab a paper and pen. With most complex and challenging puzzles, the lunatic storm outside and a surprise twist, the third episode of the Stories Untold will show you how to combine game genres into one mesmerising title.

The last and most hysterical episode, The Last Session, will make you feel like a you are watching a Guy Ritche movie. Without any spoilers, you will witness the art of creating Deus Ex Machina, bending a story, connecting the dots and a perfect closure.

Stories Untold clearly shines amongst other recent titles since it is text-based, but along with that, the game upholds its promises. Stories untold is a twisted work of art with flawless narrative, beautiful and retro-aesthetic design, intense soundtrack and tough puzzles.

The perfection of the game gets stained by some weird typos through the story and unsurprisingly; in a game which is text-based, these typos offend the eye. Even so, your typos will be ignored and overlooked. Stories Untold appreciates your effort.

The commanding system is rather easy and simple but even there, you may come across some confusing matters. There are some points where the game requests a specific command and you end up trying endless synonyms in order to reach your goal. But, as it is hinted in the loading screen, you can always use some keywords to end your suffering. For me, ‘look’ always worked out just fine.

If you need to dive into the splendid world of Stories Untold and mess with your brains, do not hesitate to visit the Steam page of the game.

Hidden Path Entertainment, who took part in the development of Counter-Strike: Global Offensive, Age of ...
By Haktan Yılmaz
8 hours ago

Some rumors show that Nintendo is preparing to reveal its improvised Nintendo Switch model, which ...
By Haktan Yılmaz
8 hours ago

Hironobu Sakaguchi’s studio Mistwalker is working on a new Japanese-style role-playing game. This game is ...
By Yusuf Tarık Kayhan
20 hours ago

The Naughty Co-President Neil Druckmann shared something on Twitter that made the Uncharted fans really ...
By Yusuf Tarık Kayhan
20 hours ago

Early Access game Valheim continues to get patches, and the most recent patch focuses on ...
By Haktan Yılmaz
2 days ago