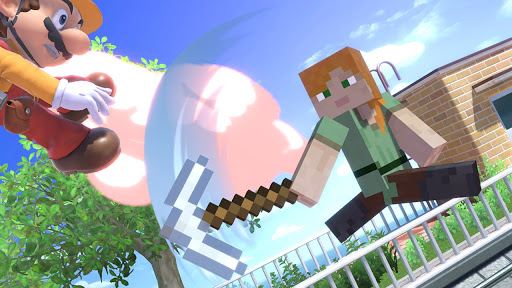 Masahiro Sakurai, Smash Bros. Ultimate director, announced that Steve from Minecraft will be added to the game along with Zombie, Enderman, and Alex. In the game, Steve and co. have abilities such as throwing down the blocks, crafting, and using pickaxes. Of course, to see that the characters’ new moves work properly, every stage in the game has been reworked.

Steve will be the second fighter that will come with a second Fighter Pass. The first one was Min Min from Arms, and it was added back in summer. When Steve arrives, there will be 77 fighters in the Smash Bros. Ultimate’s list. We don’t know that if the characters from Minecraft will have their known roles or there will be a change among them. Let’s see what happens!