Juicy Realm is a top-down roguelike shooter developed by SpaceCan and published by X.D. Network Inc. The game is now available on Steam and thus, I am lucky enough to lay my hands and eyes on this title, and share my first impressions with you.

Many years in the future, humanity looks upward in despair at plants, now standing atop the food chain. How could they have been so arrogant…

Well, I believe you all may find Juicy Realm’s story charming since it is set in a distant future where plants developed limbs like legs and arms with little hands in the end, and these hands are holding guns. To you. They are now self-aware and ready to take revenge of their ancestors since we ate them all. Actually, we do not know why they are attacking us and how they evolved this fast, but they are now here and we are ready to fight. 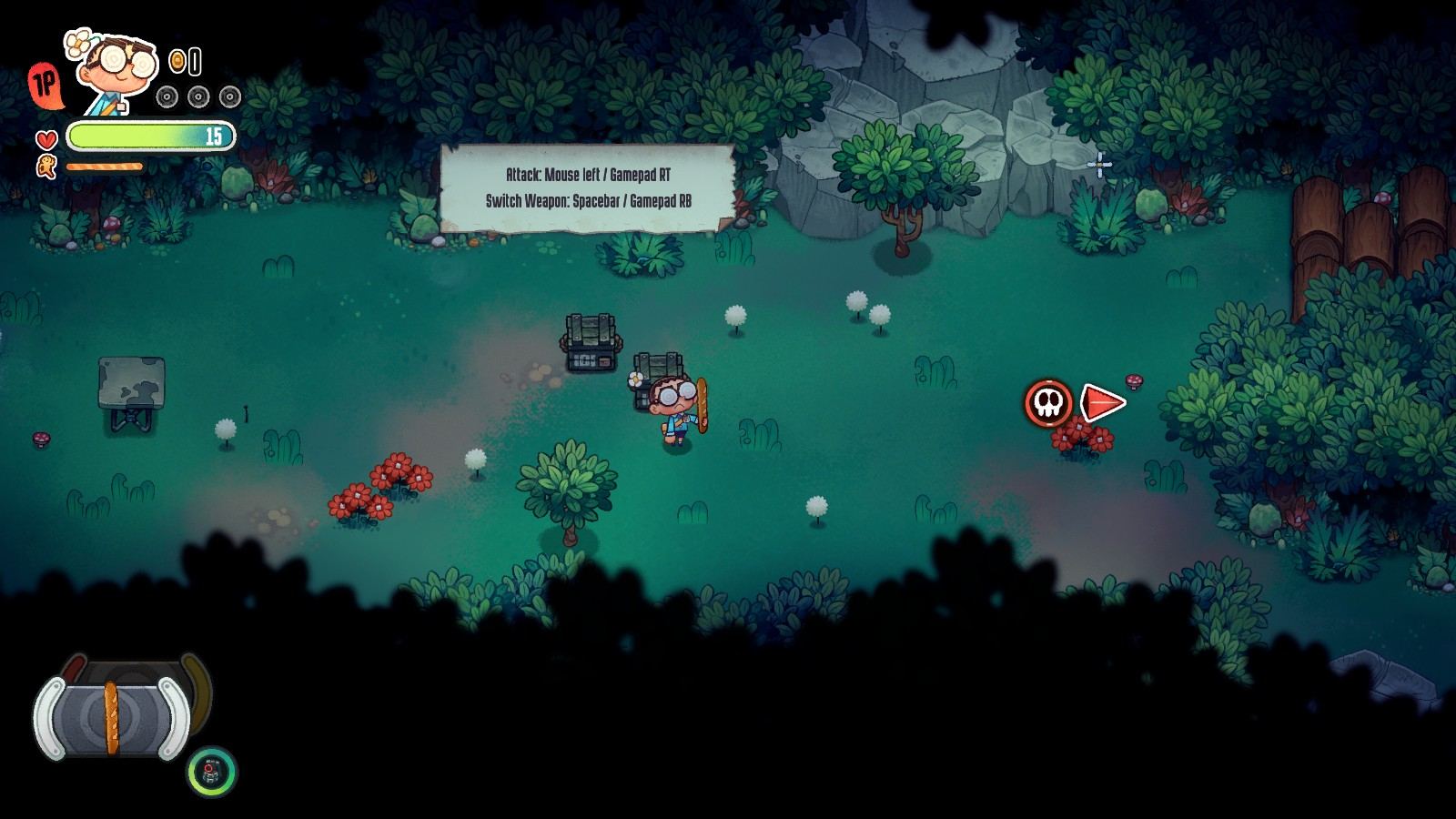 The game starts with a camp site near the newly discovered plant empire. There are four protagonist you can choose and each offers a unique gameplay experience. The Botanist, The Boxer, The Ninja and The Mercenary carry different weapons and gears and they have different stats from the very beginning.

First I went with the Botanist since I thought that a Botanist would know what to do when it comes to fruits with rifles. Well, clearly he doesn’t since I had to fight my way through the woods with a baguette. It was my fault that I took the first thing I found in a box, but it was insanely funny.

Juicy Realm requires you to choose your protagonist and delve deep into the woods where is filled with armed fruits and vegetables. You need to clear the area before you can enter the next area. After you are finished killing all the veggies and fruits in the area, you will be rewarded with a chest.

The map is filled with boxes and they are filled with surprises like guns, coins, food which will provide you some health and weird weapons like the baguette. Your enemies also have different combat styles and weapons and you will be surrounded before you even knew. 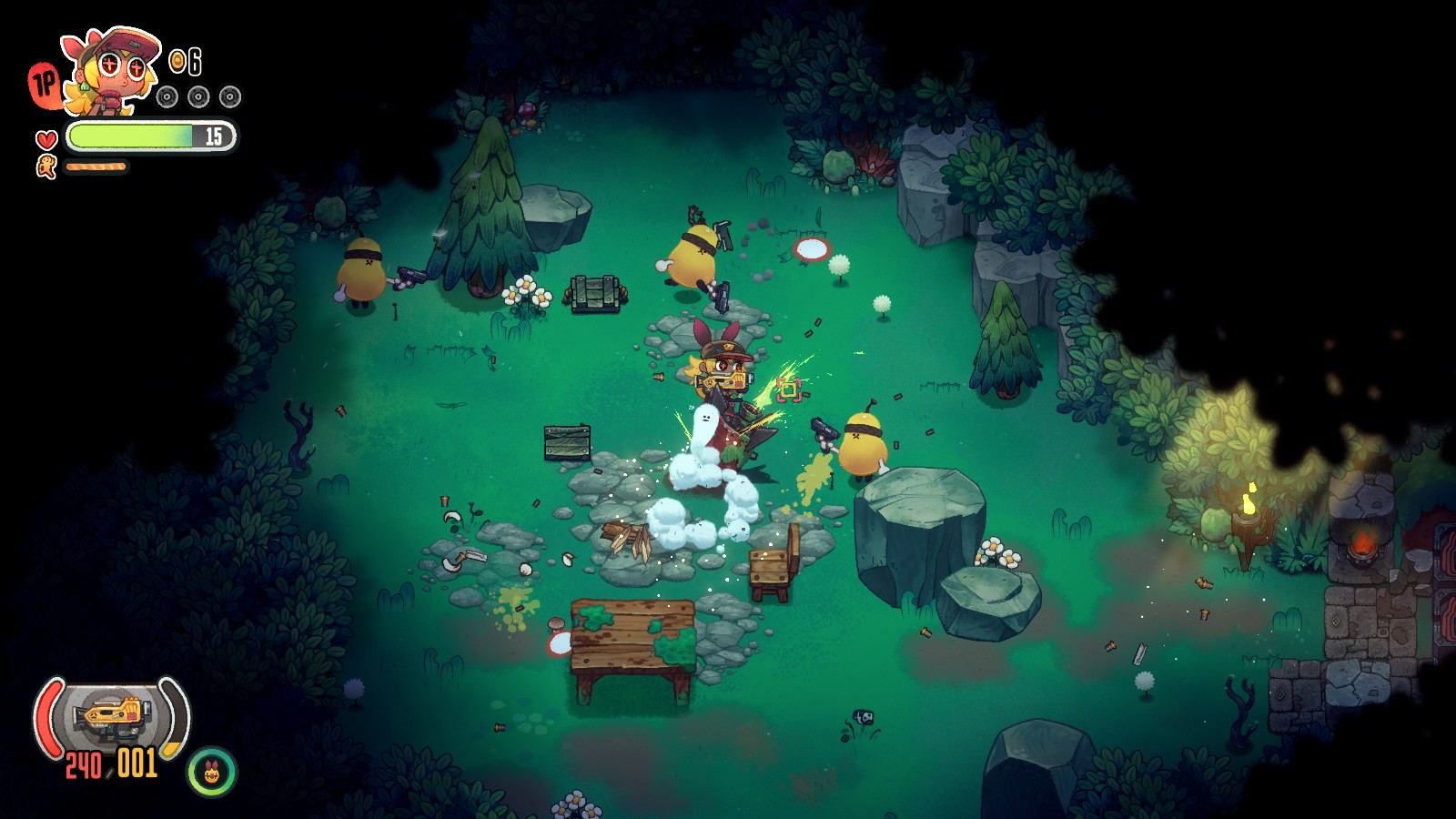 The combat mechanics of the game are highly enjoyable and it provides a restless combat when the area is filled with enemies. But, when it comes to melee fighting, the game turns into something very dull since most of your enemies have long-ranged weapons and they hardly miss. I believe even though the melee weapons are usually hilarious, they give you a disadvantage automatically.

Looting boxes is a must while playing Juicy Realm since you can only gain health with eating what you find and there is always a chance to find a really badass weapon. Along with that, you will find notes which will shed some light on the mysterious story of the game.

After you clear one area after another, you will meet the most hilarious bosses of all times. Yes, they are huge veggies and fruits and a bullet-mayhem is guaranteed. Beating the boss is the only key to reach the next level, which has a completely different environmental design with more restless enemies. 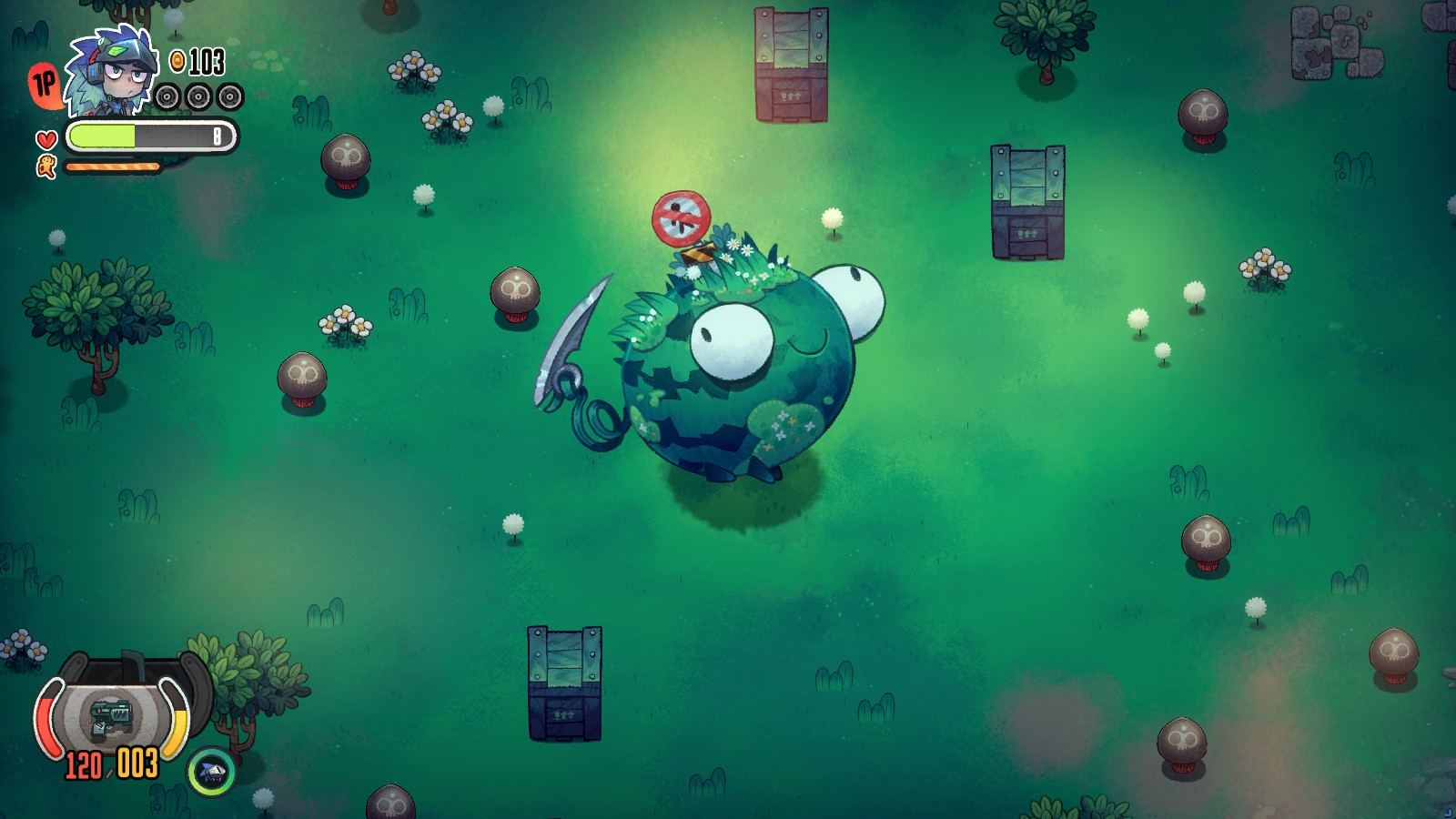 I don’t want to spoil the fun while talking about the story, yet I can tell you about the visuals and the environmental design of the Juicy Realm. The game has fantastic level design with highly detailed graphics. The colors are amazing and the environment is highly interactive. It kind of feels like Enter the Gungeon mixed with The binding of Isaac, but the atmosphere of the game is always calming with warm colors. I even dare to say that it is cute.

The controls are very fluid and responsive like it should be in a game like this. While clearing the areas, I think you will have no problem, yet boss fights are fast-paced and require a full control on the character.

Juicy Realm also sounds good when it comes to soundtrack and environmental sounds. They always boost the gameplay up. 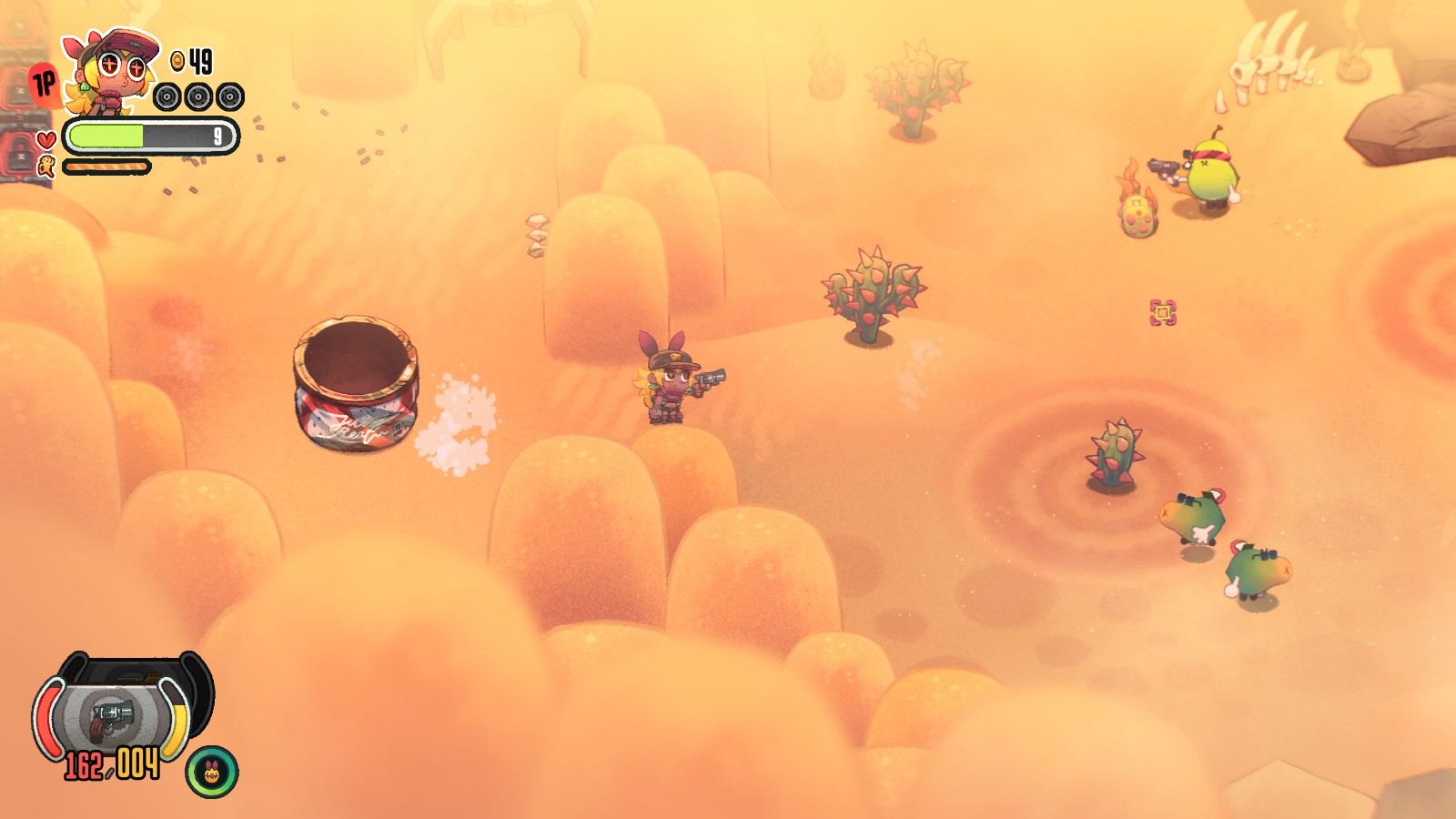 But (here it is), I find the game very limited when it comes to replayability. Once you are done, you are done. If you die during your gameplay, it is a pain to do all these killing and looting again. So, you always need to save yourselves for the boss and it kind of ruins the joy thinking about that if you die, you will do the same thing over again with no difference at all.

Overall, Juicy Realm provides an enjoyable gameplay experience for the ones who enjoy Enter the Gungeon with more dashing visuals. Yet, it may not satisfy some when it comes to combat mechanics and weapons. Even though, Juicy Realm deserves a couple of hours if you are carving for a funny top-down roguelike shooter where you can shoot down apples with rifles.

Juicy Realm is now available on Steam and you can take a look at its page by visiting here.

Juicy Realm was reviewed using a Steam key provided by the publisher.

Juicy Realm provides an enjoyable gameplay experience for the ones who enjoy Enter the Gungeon with more dashing visuals. Yet, it may not satisfy some when it comes to combat mechanics and weapons.Even though, Juicy Realm deserves a couple of hours if you are carving for a funny top-down roguelike shooter where you can shoot down apples with rifles.