Hunt: Showdown team has recently launched the upcoming content patch on the test servers and it adds/fixes a lot. The most important part is the scopes that were implemented on the existing weapons. There are a couple of weapons with scopes now and the iron sight zoom in is nerfed in order to promote the usage of the new scope feature. So far, many streamers have tested the patch and apparently, the scopes are mostly pretty balanced with a few exceptions. Contrary to the common expectations of scopes being too over powered, it will surely add new flavor to the game.

Other than the scopes, there are new bombs (flash bomb and poison bomb) and a new spyglass. The existing compounds and boss areas are also reworked and they now offer better protection against external dangers and camping is much harder now. Additionally, new mechanics are added and existing ones are changed too. Now you spend more stamina with a knife, and your stamina drains when you jump and you can’t keep jumping around all the time.

There are many other technical improvements. For more information, you can check out the Steam page of Hunt: Showdown. For those who would like to have a general idea about the new content, here are the highlights:

Additional rewards for target banishment
Changes to banishing and PvE rewards should increase the incentive to take on the bosses instead of camping while somebody else does the dirty work. A completed banishing will now fully restore your health, and give your Hunter additional health chunks (if your Hunter has room on their health bar). Additionally, killing, banishing, and extracting with at least one bounty token from a target now provides a post-mission bonus of 25 bounty, called Clean Sweep.

Bloodline screen refactoring
We have improved the Bloodline screen to better see your overall progress and how much you need to play for the next rank-up, where the Tier gates for unlocking new types of recruits are, recent and upcoming equipment unlocks, and a summary of your last match and its highlights. We have also made it easier to understand when you have unspent points or new gear to check out.

Clue defender
AI will now spawn randomly and much closer around clue positions to provide an additional challenge when tracking clues.
Developer note: AI may spawn around the clue locations, and the combinations of AI will be randomized. It’s also possible for audio traps such as raven flocks to spawn nearby in some cases.

Fall damage
Hunters will now take damage when jumping/falling from high walls, ledges, and rooftops.
Hunters will take fatal damage when falling too far (for example, from church towers or high roofs).

Inventory system refactoring
Weapons are now categorized as large, medium, or small and have been redistributed across these three categories. By default, Hunters only have one large and one small weapon slot. If a Hunter equips a medium weapon in their first slot, the second slot will upgrade from small to medium.

Map readability
Compound layouts have been changed to make boss arenas harder to successfully camp and provide more defensive options for players who take out a target. Some spawn areas have also been adjusted to provide cover and reduce your chances of being seen at the mission start.

Developer note: We focused our efforts on several areas including changes to problematic or unbalanced locations with a specific focus on reducing camping and providing more cover and opportunity for players who engage boss targets. We will continue to monitor feedback and make adjustments in the future.

New arsenal
With this update we are adding three sniper scope attachments across five sniper rifle variants of existing weapons, as well as two consumables, and one tool:

New Traits
With this update, we are also adding 12 Traits:

PvP kill rewards
We are adding a tier-based PvP kill reward system in order to discourage hunting new players (white shirts) and instead focus on veteran players.
Hunters will now get:

Personally, I really liked the scopes overall. But I do believe that some of them are too much for some (Sparks scope zoom is too much if you ask me). However, other features and items along with the improved compounds makes me feel pretty good about the patch. I would like to note that the scopes doesn’t really make the weapons over powered. Having a limited point of view is a big drawback even if it is for the favor of a better zoom. This is my personal opinion of course.the time will tell how the scopes will effect the game.

The tests will go on through the weekend. During that time, we will have the chance to test the new content and provide feedback for the devs. Don’t forget that the patch is not on its final form. It still needs some work and the devs promise to do the necessary improvements before making it available for the main servers.

If you want to test it , you should download the Hunt: Showdown (Test Server) on your Steam library. After that, you can join the tests. You can also skip this part and play the game as it is now without the new patch. However, we strongly recommend joining it as it will help the devs tremendously.

Enjoy the test period fellas and stay tuned for more! 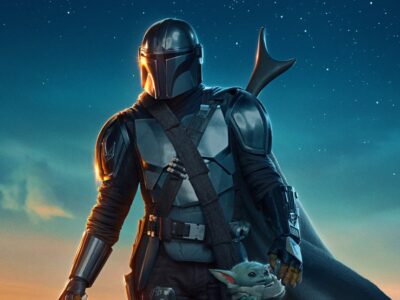 Star Wars The Mandalorian Disney Plus series is absolutely fantastic, and I doubt that anyone ...
By Haktan Yılmaz
14 hours ago