The narrative adventure game The Thin Silence is developed by TwoPM Studios and published by Nkidu Games Inc. The game is now available for PC and thus, I am lucky enough to lay my hands and eyes on this title, and share my first impressions with you.

The Thin Silence tells the depressed and dark story of Ezra Westmark who is clearly an emotionally troubled person. We are to accompany Ezra along with his hard journey in an endless cave-like place and overcome the obstacles.

Like the developers say, The Thin Silence “explores depression, self-doubt, struggles, and trials.” The game achieves to make you feel uneasy at the very beginning and the struggle is real. With no doubt, bad things happened to Ezra and lead him to where he is now, both physically and emotionally. You always think that there is something wrong with this place and Ezra, and try to uncover the secret behind the event which lead him here and, left him incomplete and troubled somehow. 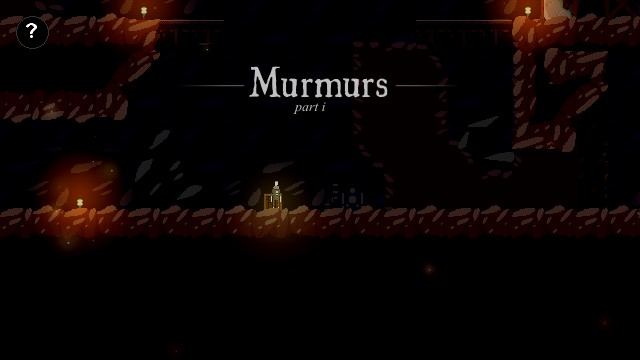 The most charming thing about The Thin Silence is the atmosphere. You may have a clear idea if I tell you that the game was inspired by Limbo and Knytt Stories. It has a unique atmosphere which reflects the personality of Ezra. You may want to think the world of The Thin Silence as a mirror of Ezra’s struggles and mental situation, and try to save him from his suffering by completing levels.

The tunnels are dark with just some dim light and filled with obstacles for you to overcome. The game is designed as levels and saves a lot, so you don’t have to worry about that. Every level is filled with puzzles for you to solve and reach the end afterwards.

By collecting objects, you will be able to create items in your inventory such as a climbing boot. The menu is limited but sufficient for a tiny game like The Thin Silence. Nothing is complex except the puzzles, and I mean it. You need to use some brain to continue your journey if you want to save Ezra from his great suffering. 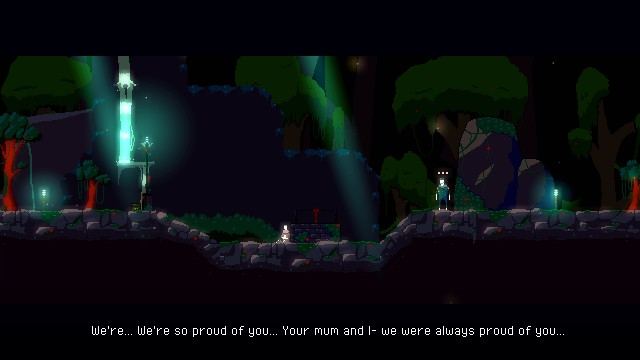 The game also offers some moments of flashbacks and tells the story of the game through them. Also, you will find some notes and these notes will shed a light on the mysterious story of the game. This is an emotionally strong game, a very strong game indeed. It is so easy to step into the shoes of Ezra and feel what he feels. But, I believe it is also a relieving story which can help someone out there. After you spend so much time in the darkness, the journey back will be filled with struggles. It is hard, it is devastating, it feels like there is no getting up, but there is. The only thing you need to do is to make Ezra take one more step, easy and slow, like we all should do.

What about the silence, you say? Well, it feels great. Developers claim that I”t’s not a game about success” and you feel it in your bones. The game gives you an emotionally hard time and it feels like you are all alone in the world. The Thin Silence offers a great atmospheric narrative experience and some depressing hours, if you are willing to give it a try.

When it comes to the visual part of The Thin Silence, I think it serves the main objective of the game. It is a clear image of Ezra’s negative mental health and it looks beautiful from every aspect. 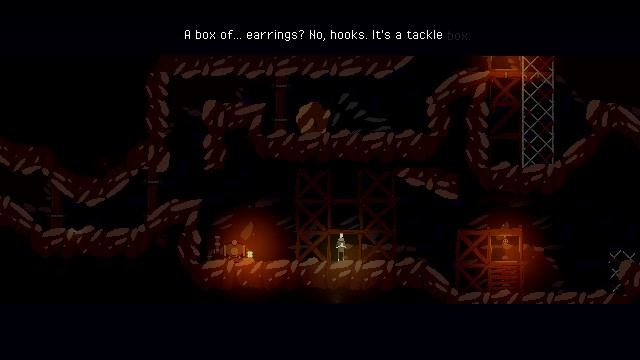 Yet (here it comes), since this is a review version of the game, I was not able to play the game in fullscreen since I can not tamper with graphics options. I have a huge screen and I also had a hard time while playing the game physically. Nothing worked and I hope to enjoy it completely one day, hopefully.

The other thing is that gameplay may feel a little bit repetitive from time to time. The way the game tells the story will freshen up everything, but while trying to solve the puzzles, you may get bored. Still, it is generally enjoyable with no bugs and crashes.

Overall, I believe The Thin Silence is a game which needs attention and deserves your time you spend on it. It is a successful narrative adventure, set in a world of depression and darkness, but it also reminds you that there is always hope for the ones who are trying to overcome obstacles. Step into the world of silence with Ezra and absorb this unique environment which is a reflection of loss and depression. And try hard, try very hard to awake him from his great slumber since he and all of us deserve better.

The Thin Silence is now available on Steam and if you want to spend some meaningful hours on a game about depression and hope, I recommend you to visit here.

The  Thin Silence was reviewed using a Steam key provided by the publisher.

I believe The Thin Silence is a game which needs attention and deserves your time you spend on it. It is a successful narrative adventure, set in a world of depression and darkness, but it also reminds you that there is always hope for the ones who are trying to overcome obstacles.

Resident Evil is a truly horrifying experience in all aspects but looks like this wasn’t ...
By Haktan Yılmaz
3 hours ago

A next-gen version for The Witcher 3 is set to release around this year, and ...
By Haktan Yılmaz
3 hours ago