First of all, I would like to talk about the PC that we have used for this test. We have used an Intel Core i7 7700HQ @ 2.80Ghz, NVIDIA GeForce GTX 1050 4GB and 8GB RAM. Don’t get excited when you see a GTX 1050 as it is pretty much a worse version of a GTX 960. If you have a graphics card around GTX 960, you should be able to get a similar outcome with a specs like this. You can always check online if your graphics card or your processor is better or not.

Also, let’s take a look at the System Requirements of Hunt: Showdown:

Let’s stat from the beginning. The minimum and the recommended system requirements are pretty much an illusion if you ask me. If you want a smooth experience, you really need a powerful CPU and GPU. But if you have a mediocre system, a GTX 660 TI is the minimum you can use for the absolute minimum visual effects. On the other side, a GTX 970 and the AMD equivalent should support the game with high resolution and high visuals. However, you might experience some FPS drops depending on your location on the map. A GTX 1080 and a powerful CPU almost always promises an FPS ratio around 60-70. But after the patch, it doesn’t occur that often.

My first impressions about the patch is pretty positive. Both lower and higher specs systems can benefit from the patch. For high-end hardware, I can easily say that the FPS looks more stable than before. It doesn’t offer a better FPS ratio, however, the game feels smoother.. FPS drops are much more rare and you can easily get 60+ FPS most of the time.

On the other hand, I personally think that lower specs systems benefit more from the patch than high-end PCs. Because yes, the overall performance is much better now. Anyways, let’s talk about what we did and what we think about the new patch, shall we?

Before we start, I should remind you that FPS is not so different than before. Instead, the game runs smoother and you can easily feel the improvements as soon as you start the game.

Another reminder would be turning off Motion Blur and V-Sync. Motion Blur is unnecessarily annoying anyways and it consumes the soul of your hardware. V-Sync is not so cruel on your system but it doesn’t feel like a necessity if you ask me. 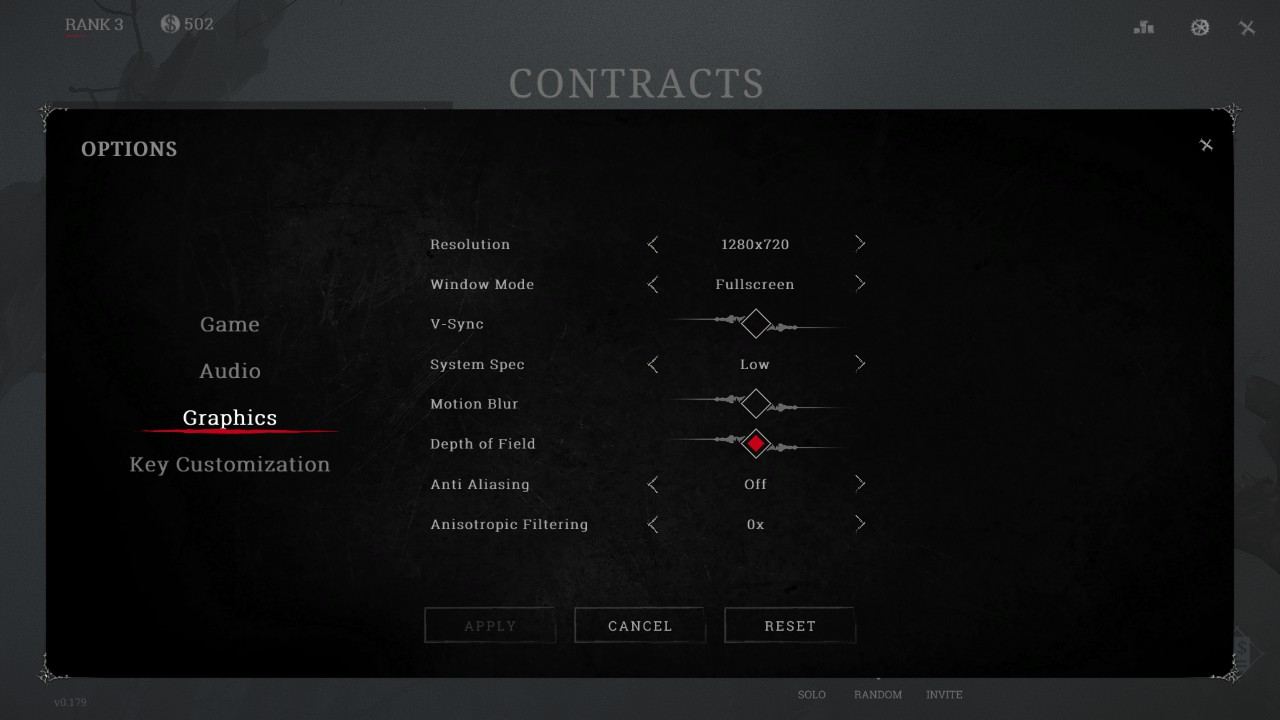 We found out that after the patch the low-end systems could really support the game much better. With a hardware like this and the graphic options like shown above, we managed to sustain a FPS range around 50-60. Moreover, the visuals were still damn good.

As a huge fan of the visuals of Hunt: Showdown, I was pretty happy to see that it was actually possible to enjoy both the visuals and the gameplay with these options. If you have FPS issues, try lowering down the resolution. You will see that the game still looks beautiful: 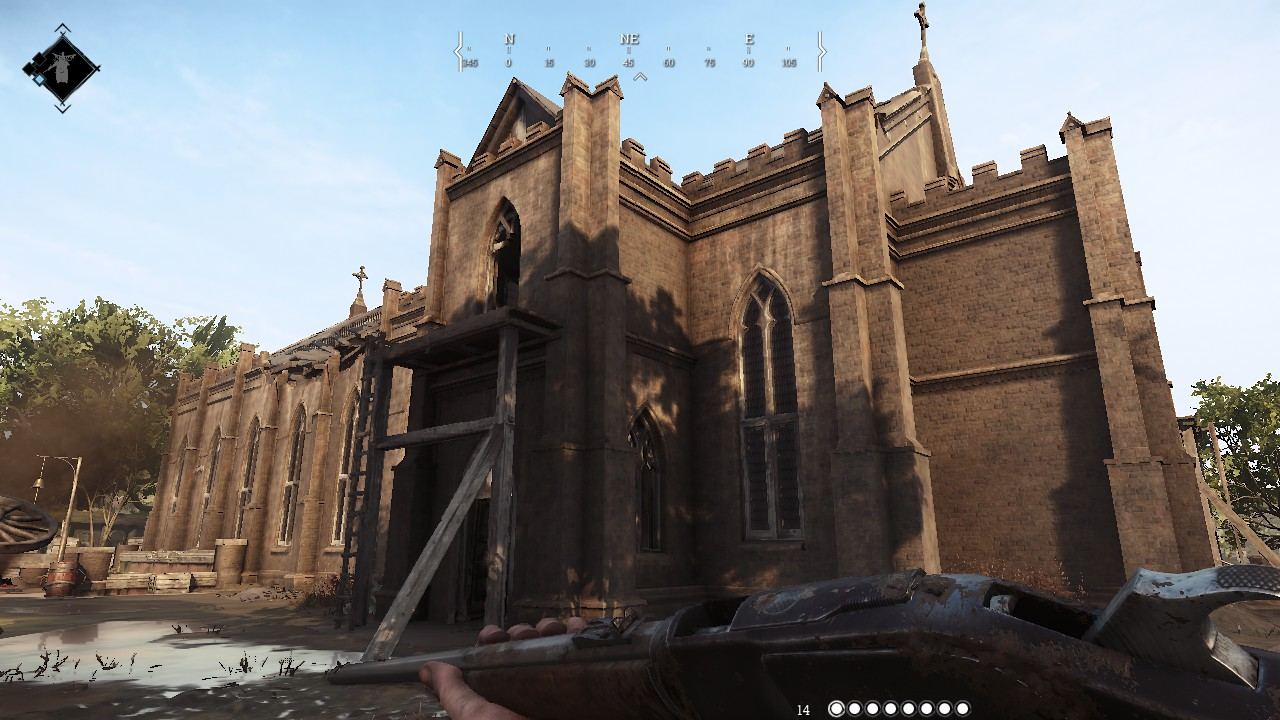 One warning though: A weaker GPU or CPU or lower RAM than 8GB would cause some FPS drops. But not more than 5 FPS maximum. 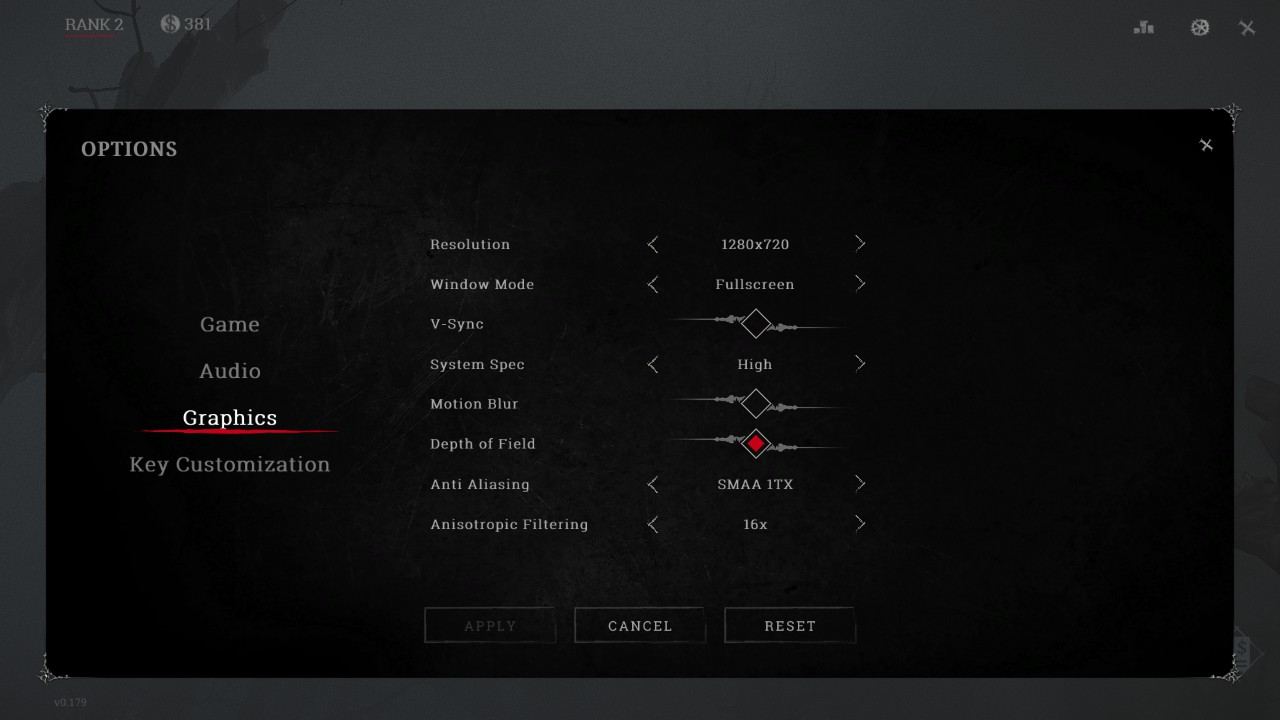 Keeping the same resolution but bumping up the visual effects and antialiasing caused a slight FPS drop, I’ll be honest. Yes, it is always better to have a smoother view with AA on, but even on lower resolution, we realized that it was not necessary at all. Keeping the AA and other effects on medium offers a beautiful game. Of course high specs and full AA is much better looking. But if you don’t want to sacrifice your FPS, try using Medium specs with 8X Anisotrophic Filtering and SMA 1TX or lower. 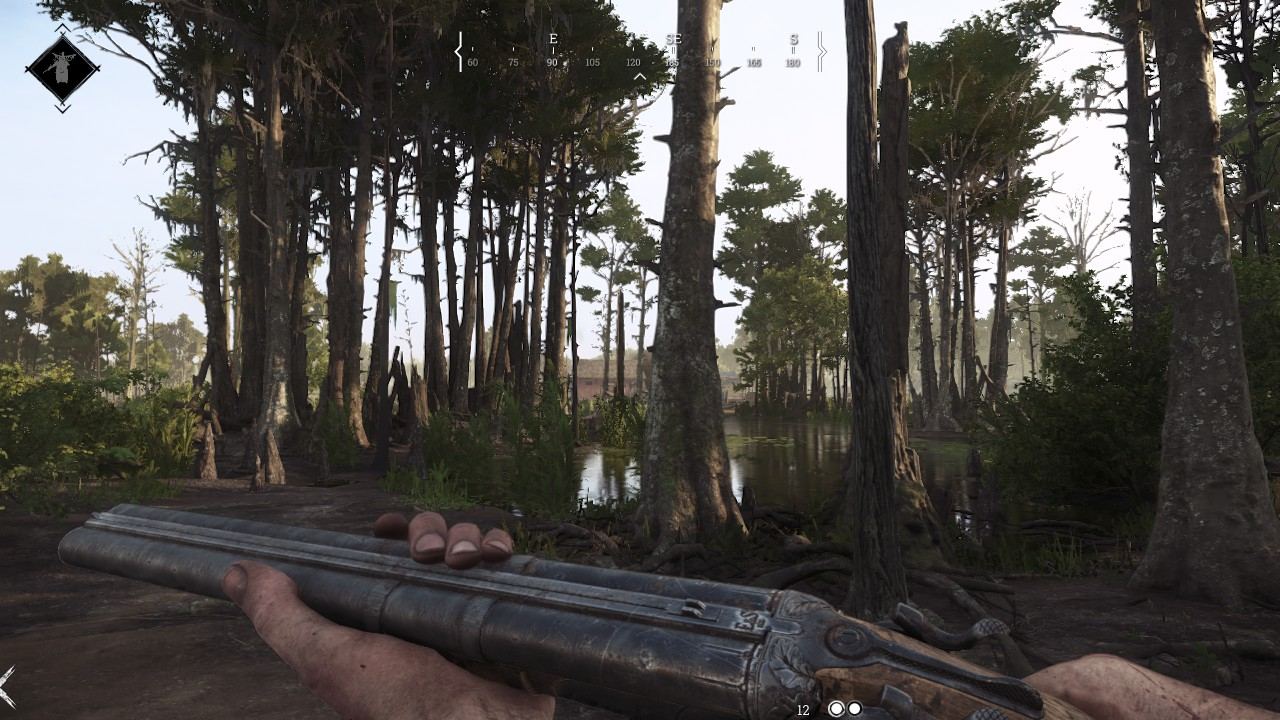 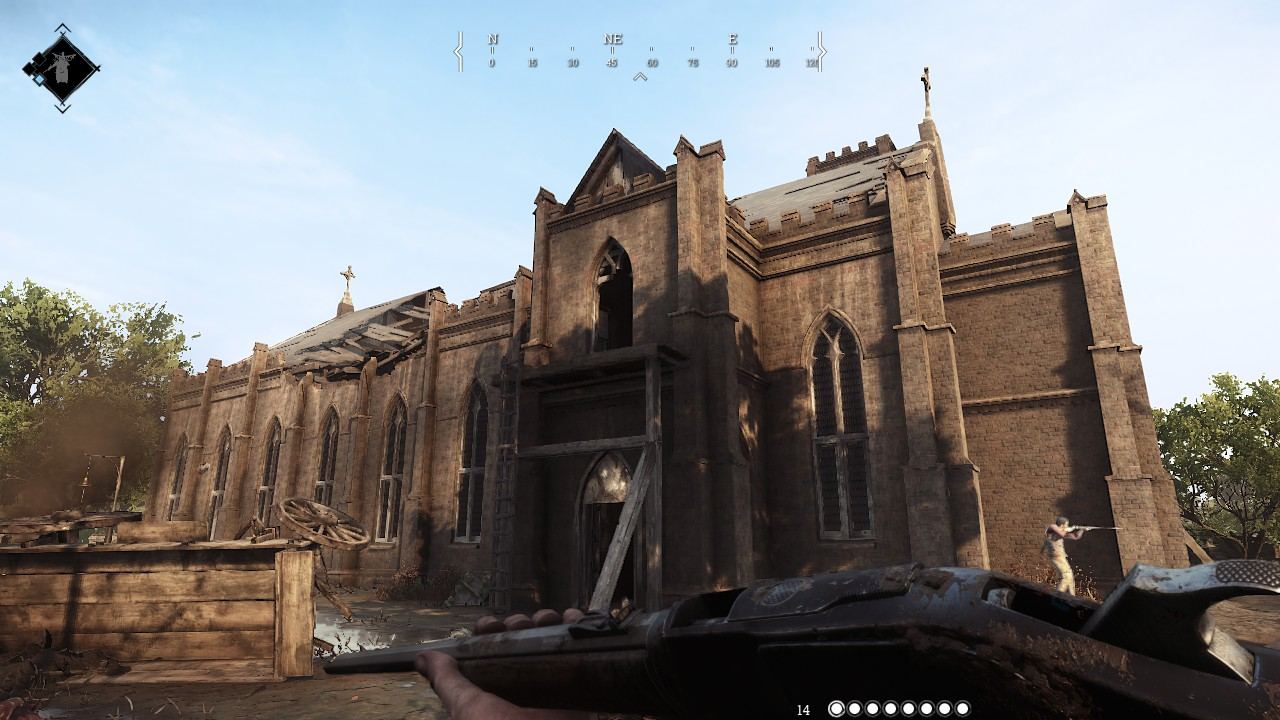 Even though we kept the High specs and full AA and AF options, we managed to get around 40-50 FPS. Which was impressive to be honest. And yet, the game looked better than before and we had to sacrifice around only 10 FPS. 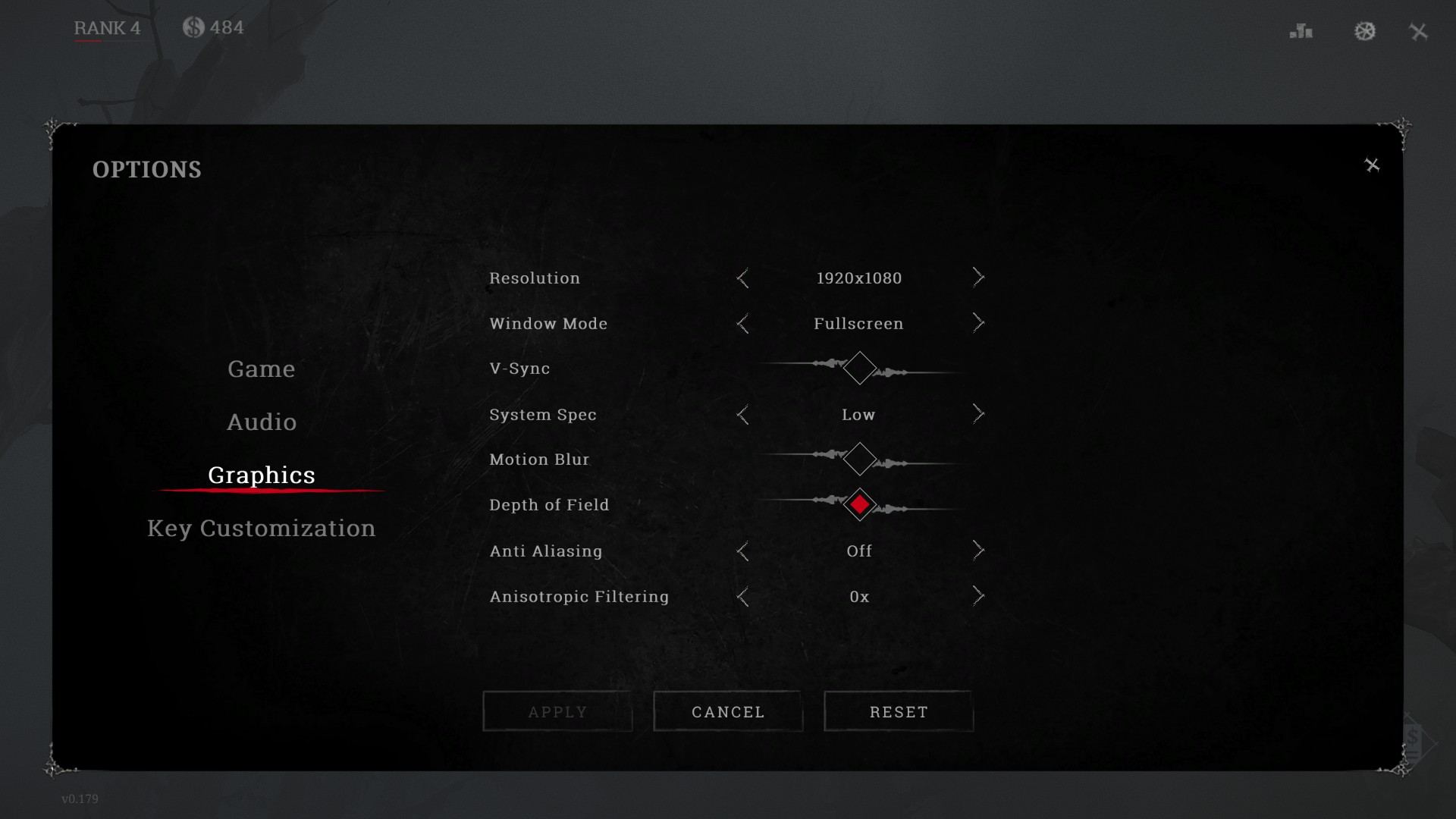 When it comes to the resolution, you might have to consider sacrificing from other options. The game looks pretty amazing with low graphics options, believe me. Even so that I can easily say that this resolution offers the best visuals. However, it comes with a price of 5-10 FPS drops depending on your location. But the best part is, it doesn’t have a huge effect on your gameplay. If you don’t mind playing around 40 – 45 FPS range (which was pretty enjoyable if you ask me) I recommend using these specs. I personally didn’t have any issues with FPS drops most of the time and when you get used to it, it becomes easier to kill other hunters. And here what it looks like: 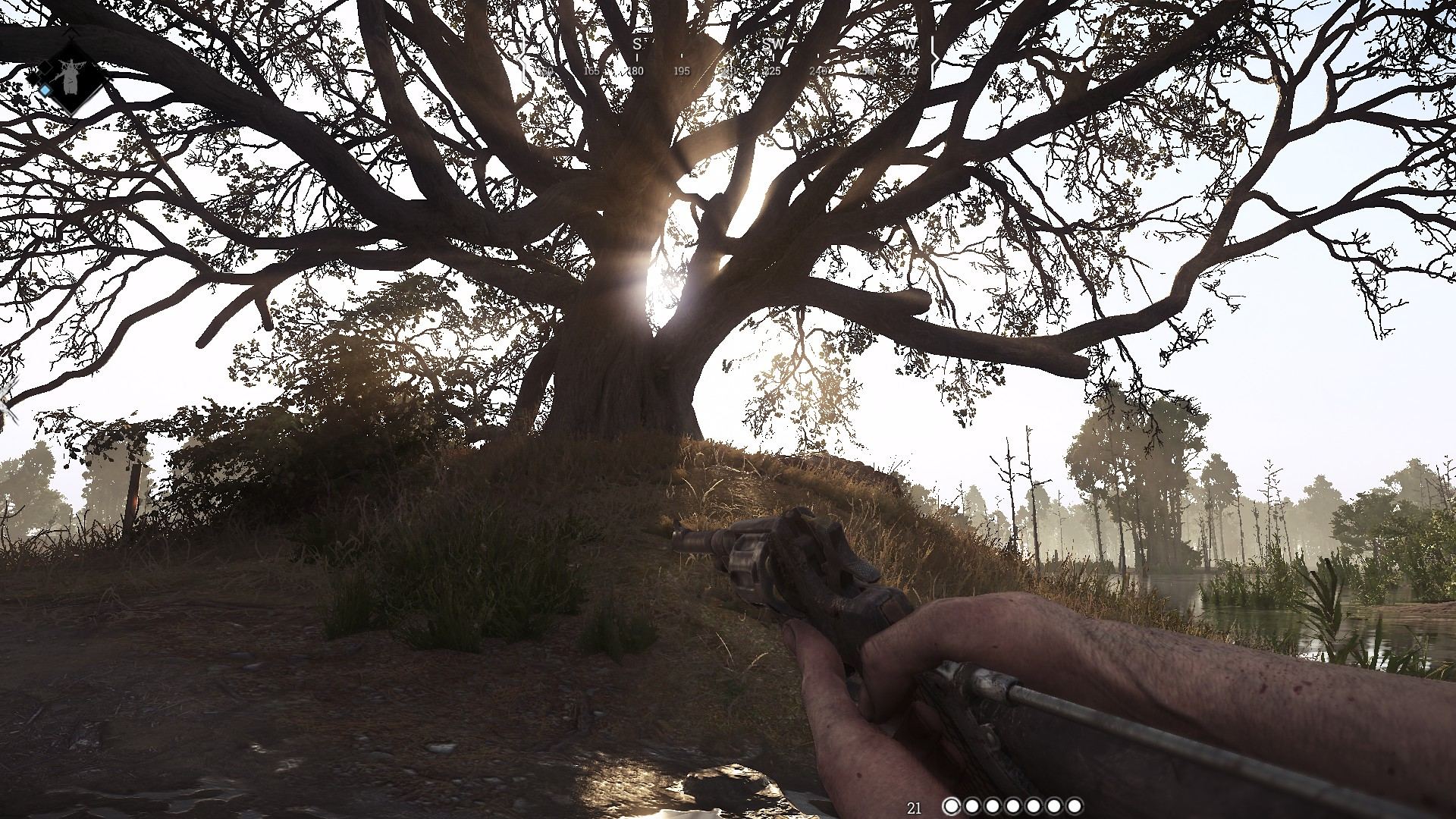 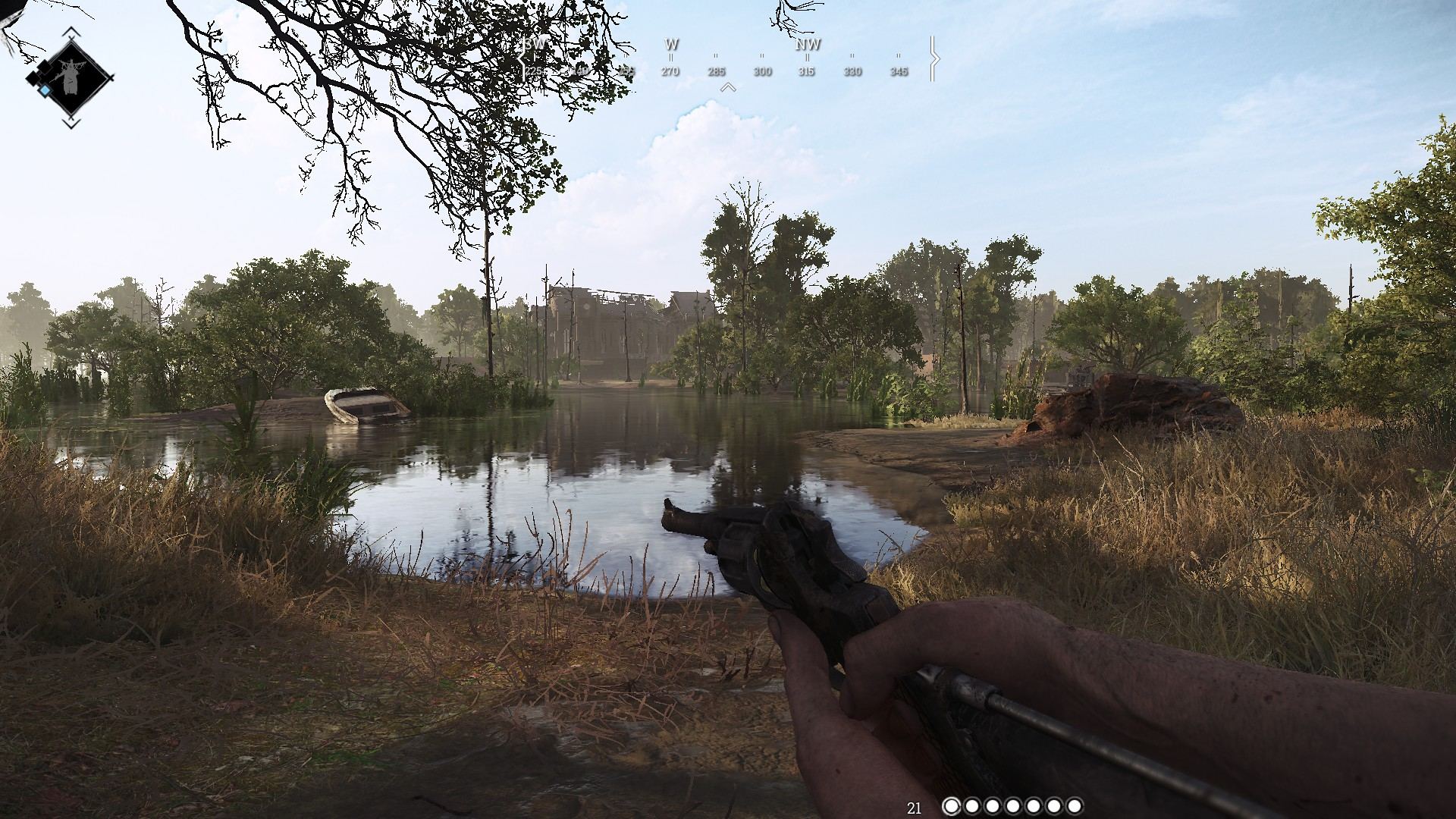 So far, I should say that I can’t decide between Low resolution, high graphics and High resolution low graphics. They both are around the same FPS range. The latter looks better if you ask me but it might cause FPS drops around 2-3 FPS. It all depends on what you preference. 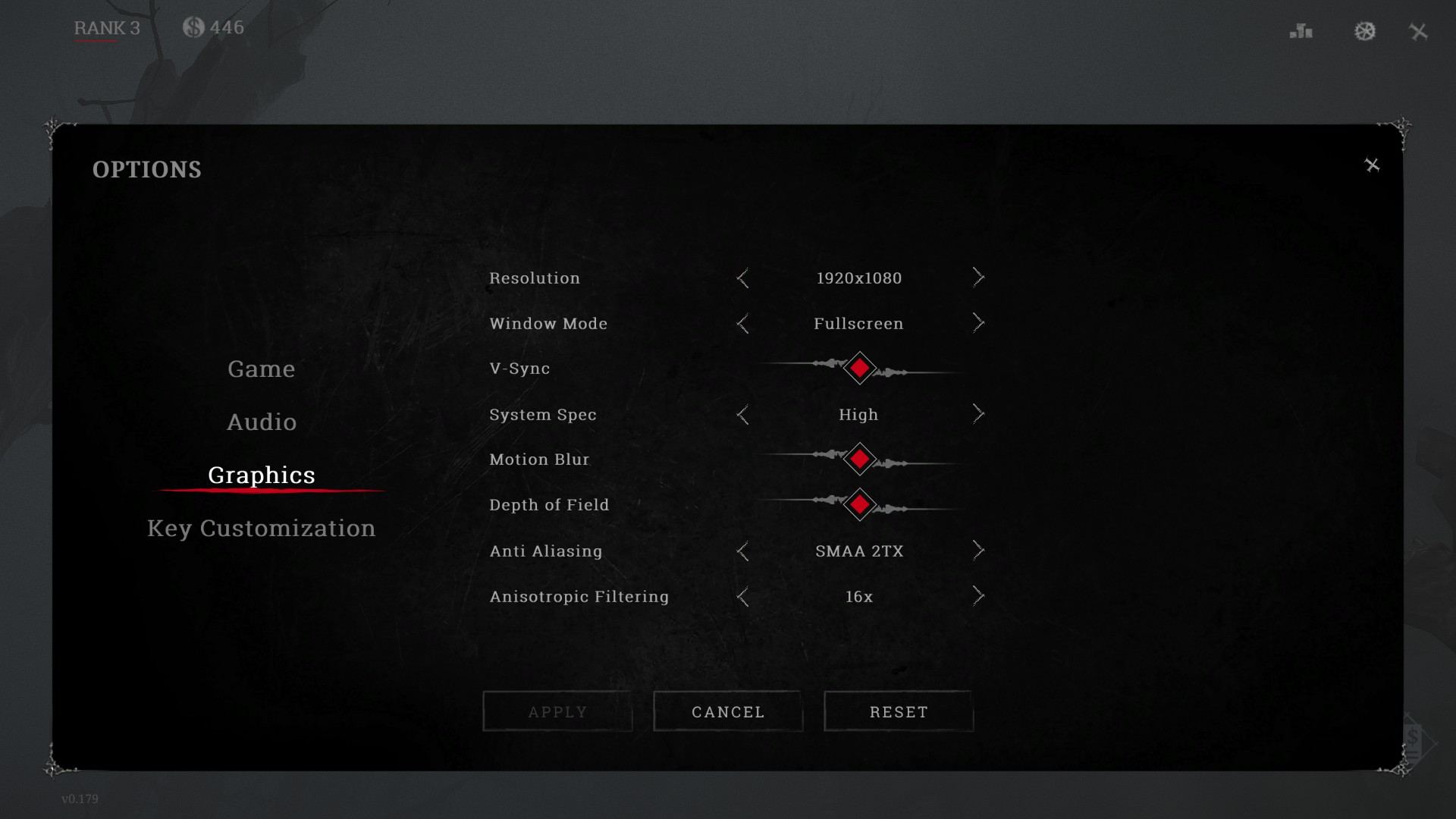 Here comes the pain train, fellas. When you bump up all the options on the Graphics panel, you might get a little bit sad. However, I should say that I was still impressed that the FPS range was never below 30. Yes, it was always around 30 – 40 but it was still smooth for a game like Hunt: Showdown. If you want to casually enjoy the game with impressive graphics, you can go ahead and use these specs. However, if you want a smoother gameplay, I’d recommend using a lower spec and keep your FPS at least around 45 – 55. Nevertheless, this is what you get in exchange of a FPS range around 30 – 40: 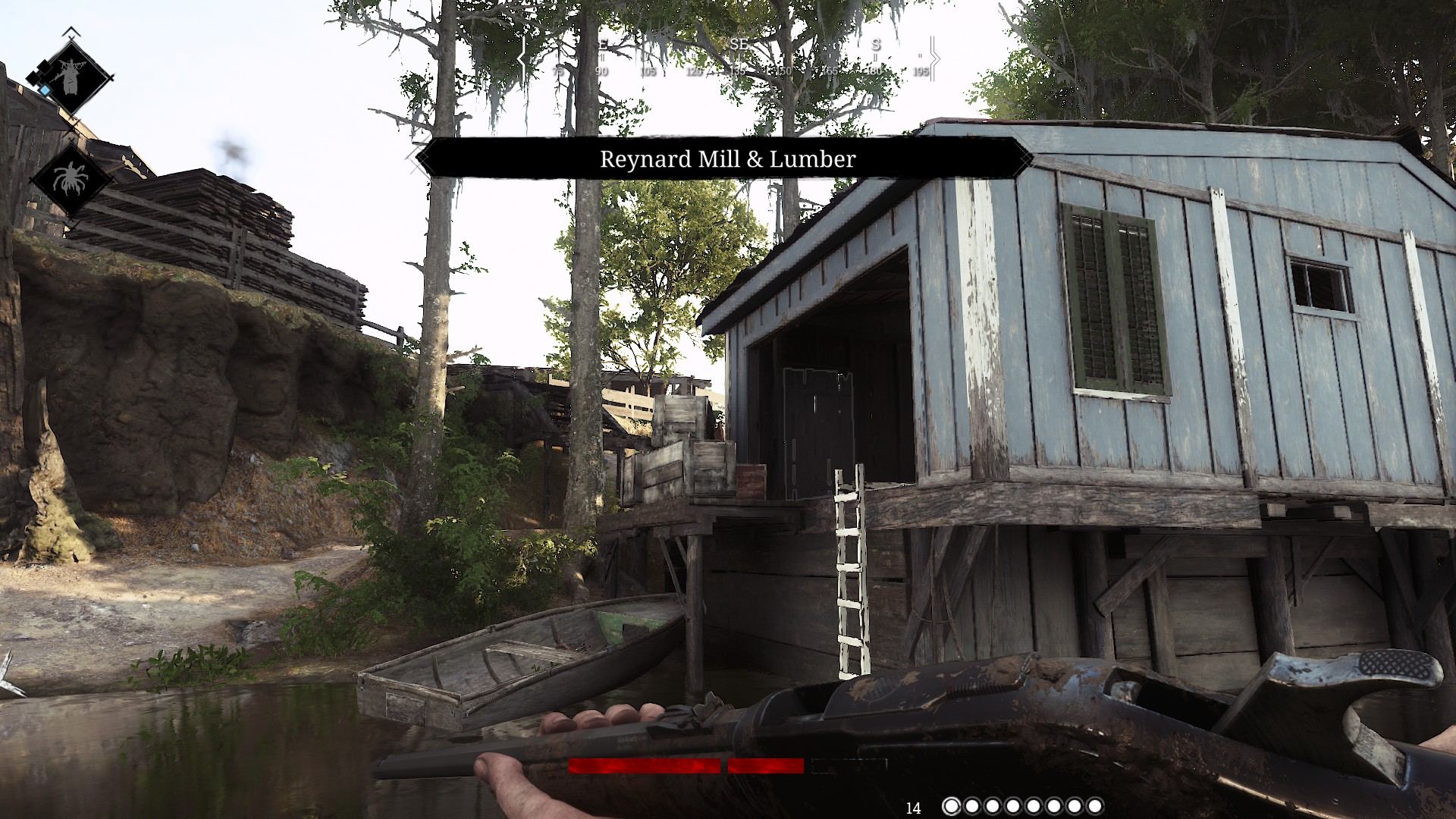 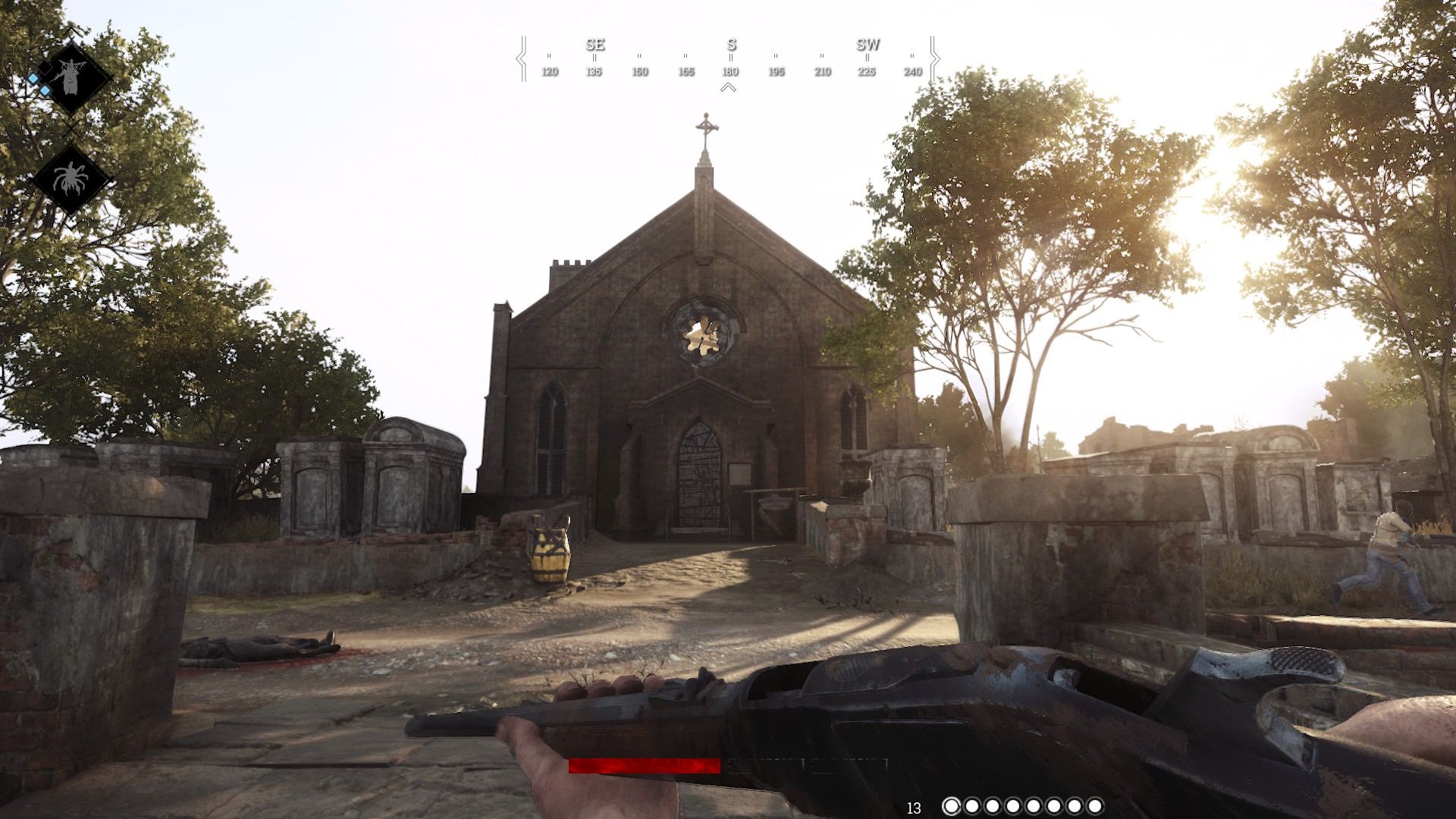 To conclude, I can say that the patch did a great job on optimizing the game. It still needs work, I admit. But many PC users should feel the difference. If you don’t have a high-end PC but you would like to play this game, this is the best time for it. Just be careful and be sure if your hardware is slightly better than the minimum requirement.

If you are interested, Hunt: Showdown is available on Steam Early Access. And If you still have questions, here is a video released by the developers to answer community questions: