A path which is not completely lost.

No Man’s Sky was bust, according to a lot of gamers. They were right, we can say, because there were a lot of broken promises about the game and the price was very high, considering the content in our hands. However, in the past few months, Hello Games broke their silence with a big update, called “Foundation”. This showed us that they are working hard to correct their mistakes, that we should give a warm pat on the backs of all the people in the studio. Perhaps, we shouldn’t hate people for their overly-excited states. Hate is bad. Hello Games or Sean Murray doesn’t deserve all those discouragement, people. There are other things that we can channel our hate into –like massive corporations, politicians and petroleum refineries.

Anyhow, No Man’s Sky has a second big update (version 1.2) going live today. It is named “Path Finder” and it brings a lot of new gameplay improvements –stuff to keep us busy while discovering new planets. “It shows the path for the future”, the developers state. Let’s see what it offers.

Along with the PS4 Pro support, PC users get a couple of visual improvements including high and ultra resolution textures, high contrast lighting effects, improved post-processing with several filter options and HDR mode for compatible monitors and televisions. Here are some comparisons:

You build bases, you put them on Steam Workshop, and other players explore & rate your base. Base building options are greatly increased. While we mourn for a true co-op mode, this could be the first step achieving it. Not only putting them on Workshop but exploring it with our friends would be fantastic. 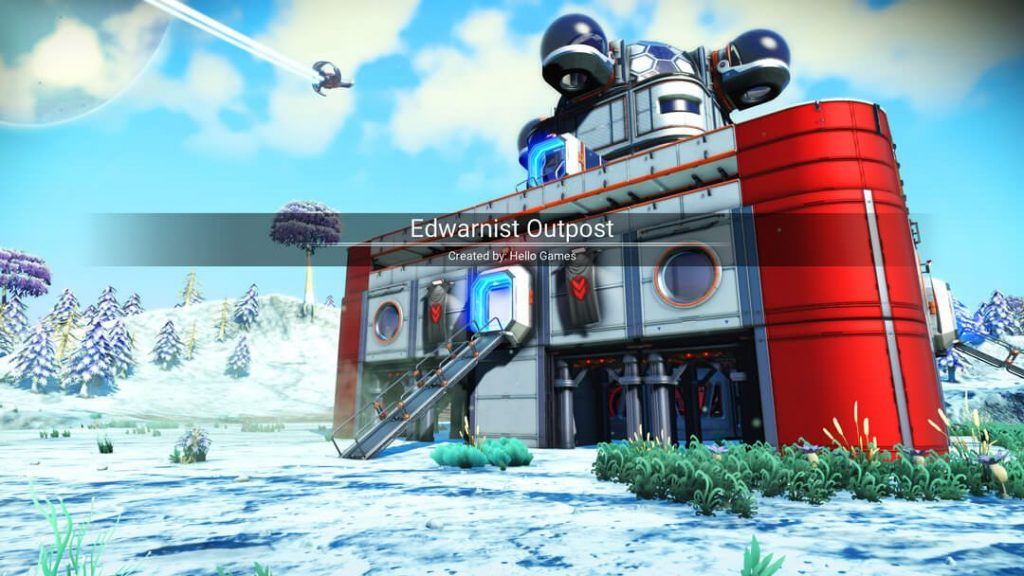 Now we can acquire a land vehicle called “Exocraft” if we invite a Vy’keen Technician to our base and completing a series of quests. There are three types of Exocrafts: Nomad, Roamer and Colossus. Nomad is a light vehicle that can slide on water, Roamer is the “normal” of all three, useful in most conditions; and Colossus is the big guy who can carry a lot of resources. You can race through checkpoints, and share these races with other users via Steam Workshop. 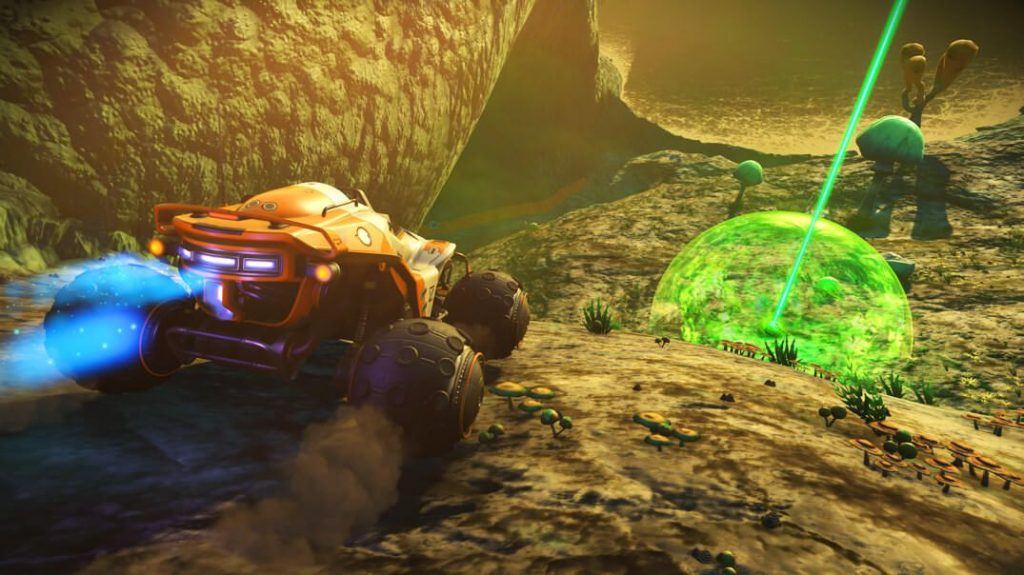 You can now own multiple starships, and customize them with even more options. Also there is a “Permadeath” option while starting a new game. You die, game over. You can take cool and shiny pictures of your starship the “Photo Mode”, you can customize weapons and their firing modes and customize your multi tools. There are also new vendors and shops.

We’ll see if Hello Games will keep their promises about a “path to the future”. If you ask me, I am strangely optimistic about this game. A lower price tag would be good, of course.

Below are the full patch details. Stay tuned!