We’ve heard about the tragic (nearly $7 million cost) divorce between the two co-founders of Playdead, the studio that gave us eerie and depressing experiences with their stylistic games. After all the awards INSIDE collected from various organizations, a new game was inevitable; but Dino Patti’s (one of the co-founders) leave news made us worry about the Playdead’s future.

Anyway, don’t worry LIMBO lovers. The other co-founder, Arnt Jensen has some news for us. Playdead’s Twitter account teased an artwork for their next (I don’t want to say “upcoming” at this time) game. Here is the tweet:

Thanks for your warm reception of INSIDE. Since release, Playdead founder Arnt Jensen and the team have been working on the next adventure. pic.twitter.com/RfejnH39mR

Well, here is the artwork itself (click on it to see in full resolution): 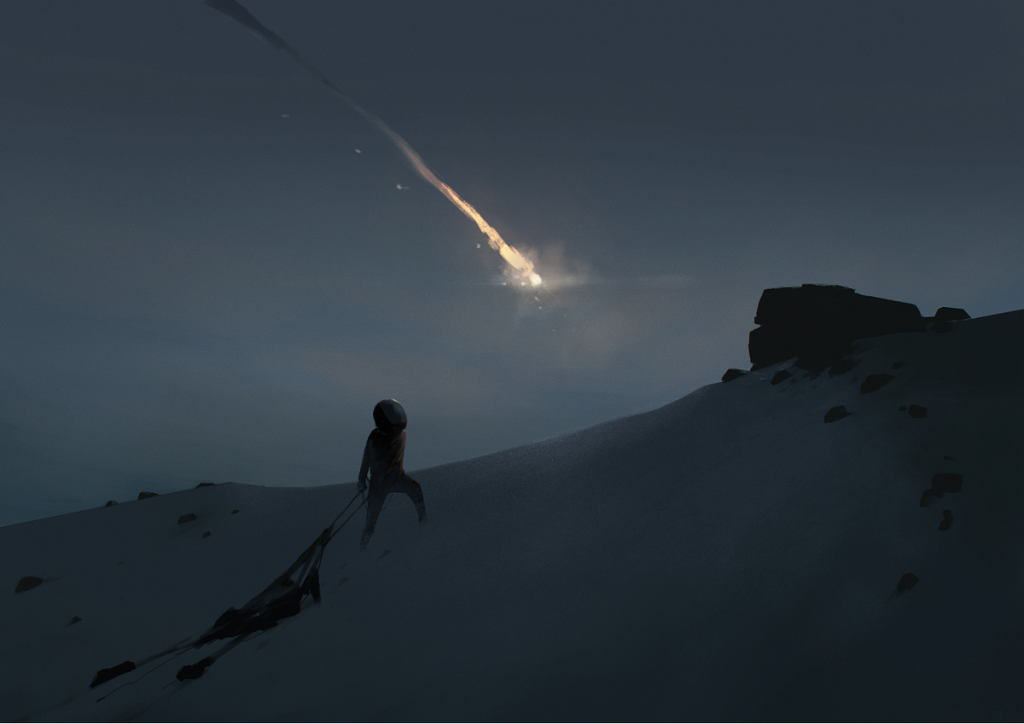 What can it be? Are we an astronaut? Or a pilot made an emergency jump from a burning plane? Or are we a madman who likes to wear motorcycle helmets and carry stuff around in webbings? Is that an asteroid, a plane, or a kryptonized Superman? We do not know.

Stay tuned for more info and share your thoughts with us!