Bombslinger is a Bomberman inspired game where you bomb your way until you catch your ex-crime buddies. It is developed by Mode4 and published by the developer and Plug In Digital. The game itself is a pretty good version of our old buddy from the ancient console times. Bomberman is back! is the only thing I can say right now. And, oh boy, isn’t he coming back with huge steps and a damn fun gameplay.

For those who don’t remember or who are too young to remember the Bomberman, here is a quick summary:

In the original, you would play as the Bomberman who would, well, put bombs around to kill enemies in a maze-like, puzzle and awards filled map. You had to be careful however, as you could kill yourself with your own bombs. Each level requires a different tactical approach and you could find special items to upgrade your bombs and make them more powerful.

In Bombslinger, you practically do the same. But in a much, much better way! 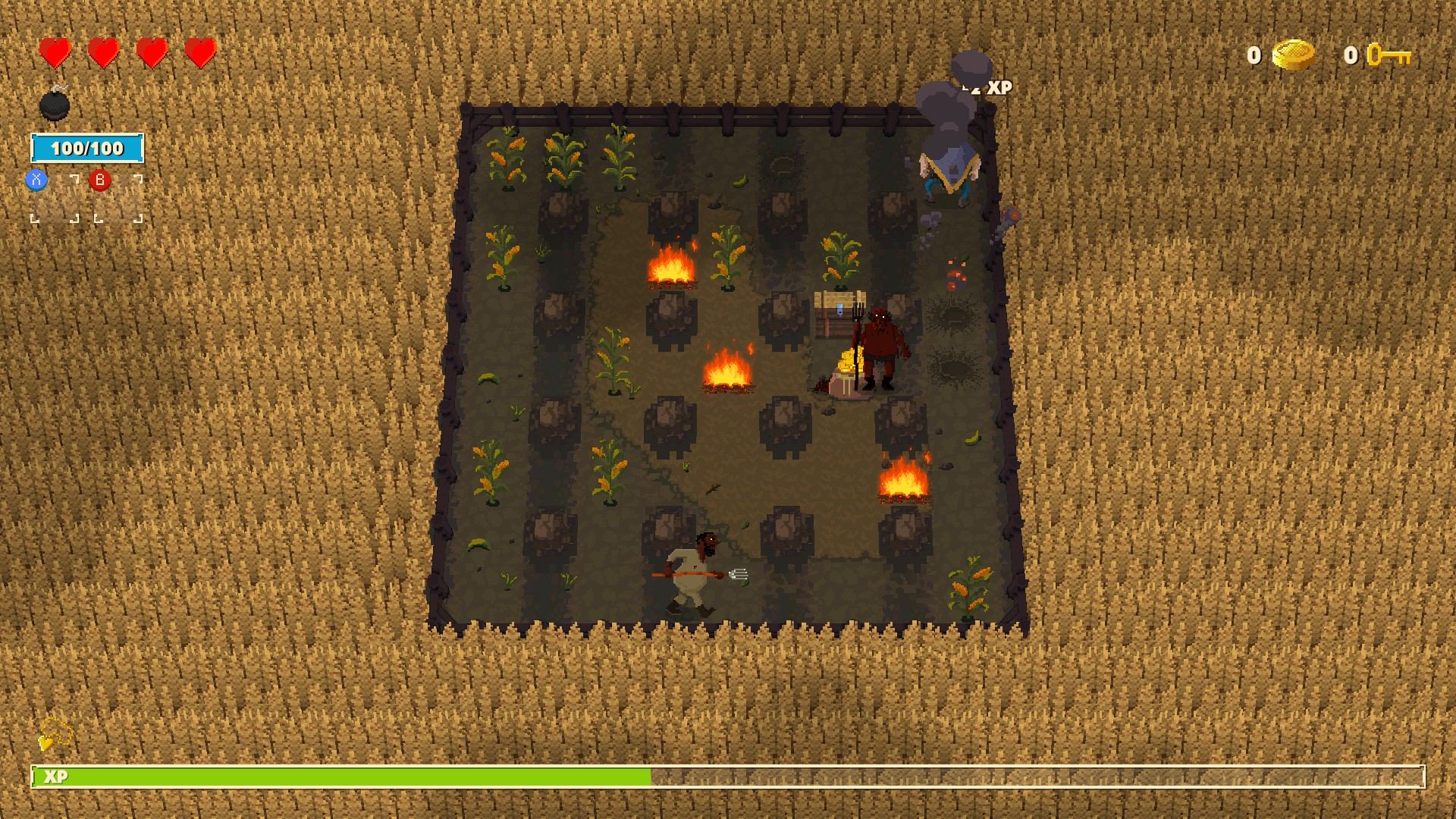 You play as an ex-criminal who lived in Wild-West and probably did some bad things in his time. After a while, you get married and settle down in a ranch to live a different life. But your ex-comrades don’t leave you alone and kill your wife to ‘punish’ you for some reason. This is where you start playing. You will find each one of them and avenge your wife’s death! Oh, you will also fight with a demon goat on your way… 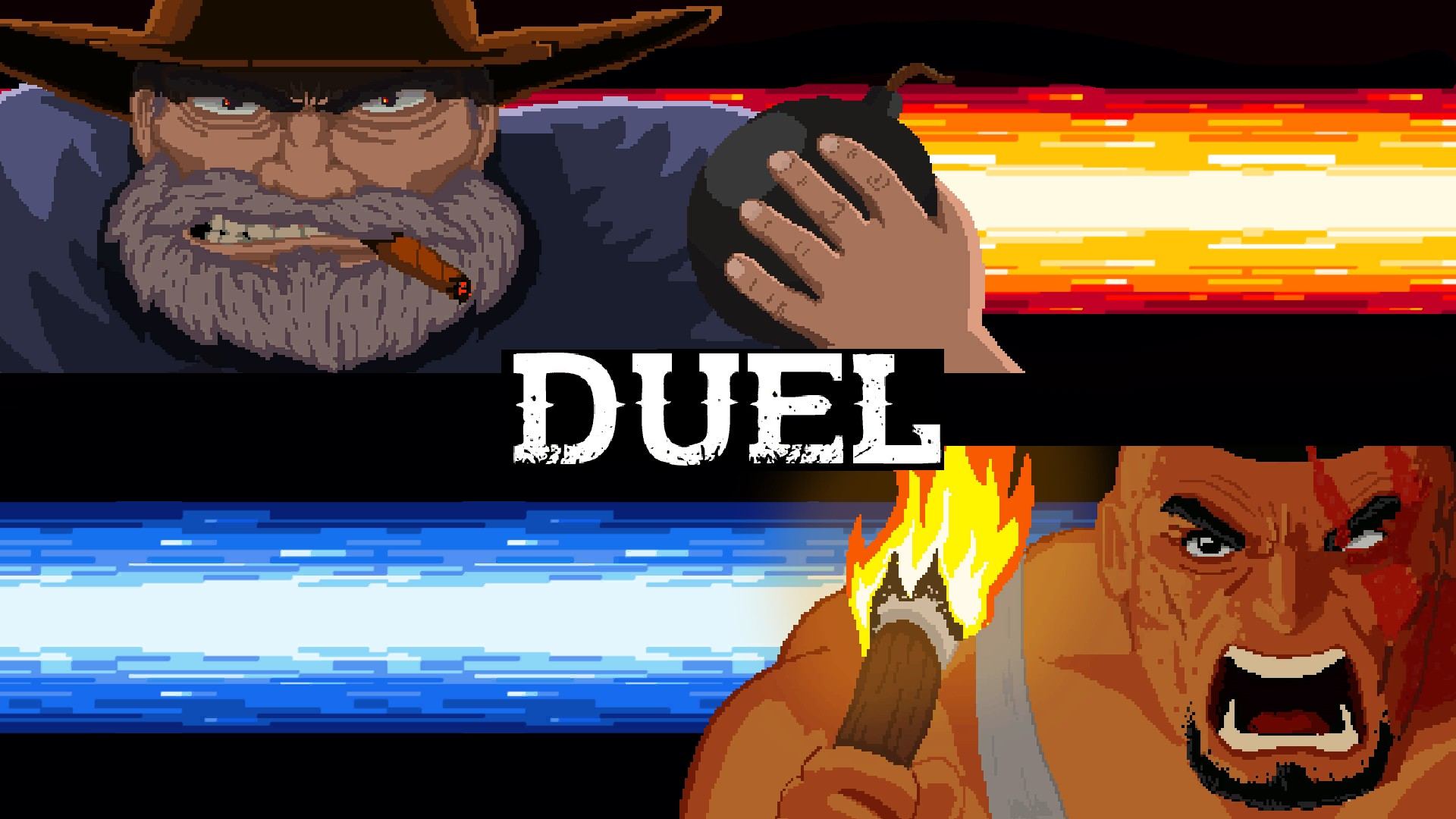 The story just explains itself. And, we don’t need anything more. After a couple of minutes, you start the game and plant bombs around, killing enemies to earn gold and with it, you can buy stuff from the shop or you can simply use them to open chests to get special items.

One of the best parts of this game is the fact that there are a couple of different customization options. As you progress and kill enemies, you get XP. When you earn a certain amount of XP, you level up and three different choices are presented to you: 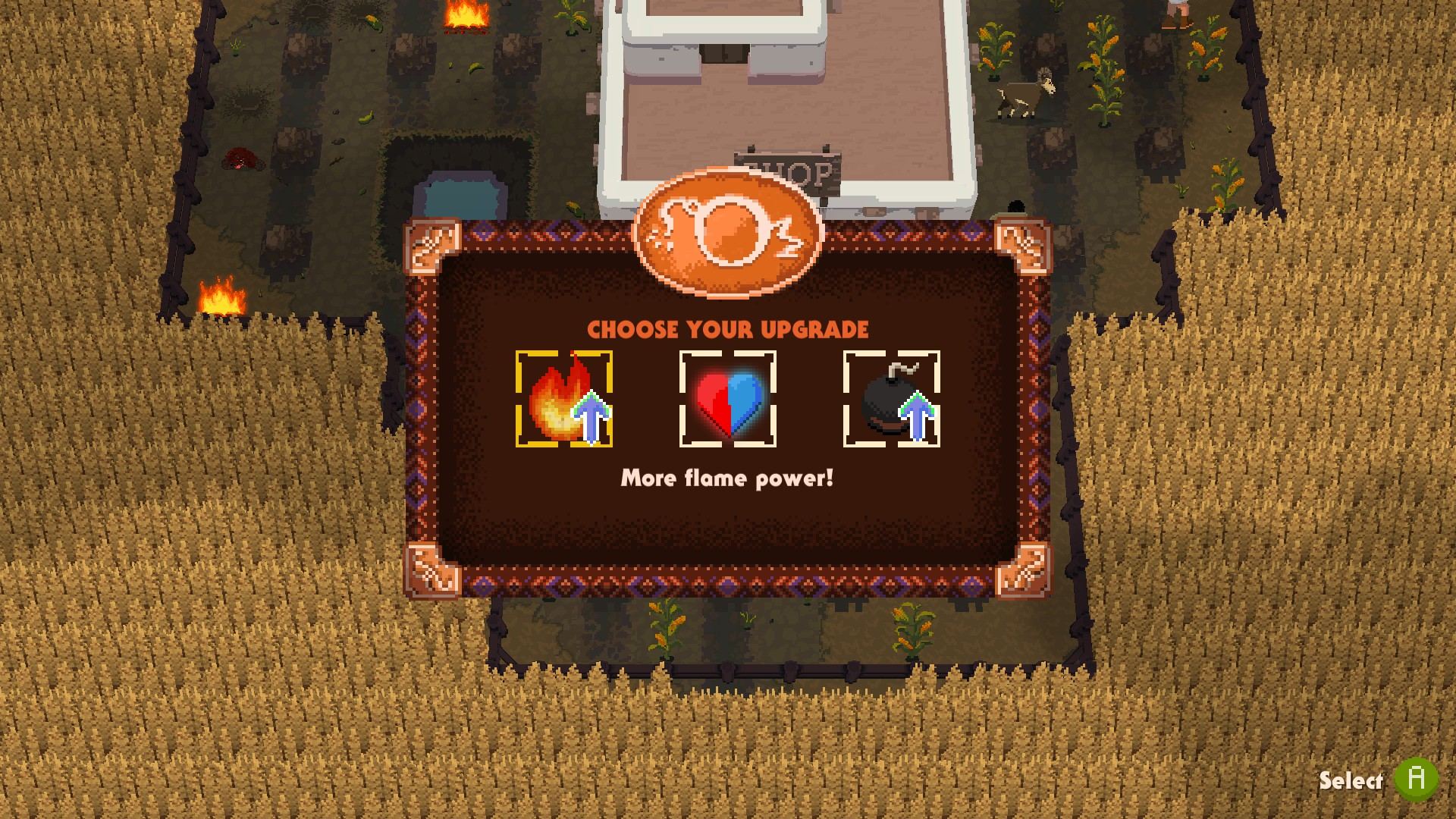 Bomberman. But newer and better!

With these new features, you either improve your character or your bombs. You can also heal yourself or your spirit power which is required for using special items. Other than leveling up, you also have the chance to use items which can be a camouflage or a bear trap or even a gun. Be careful to use them wisely though, because your spirit power can be spent real quick.

During your travels, you can also encounter different kinds of chests. These chests can offer gold, items and other special gifts. With these, you can prepare yourself for the final fight of the level: the boss fight. 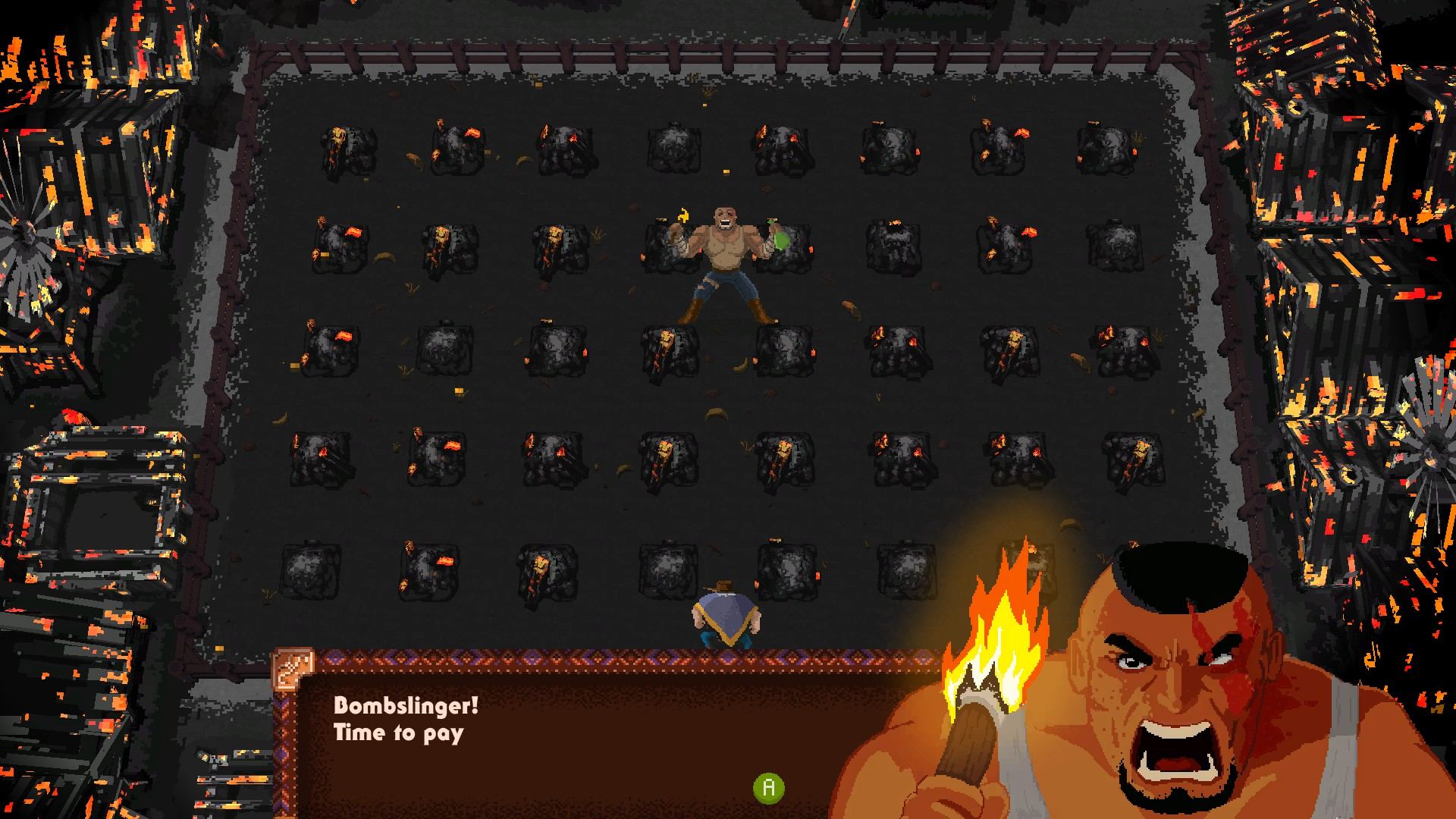 The game is easy to learn, but hard to master. You might guess that it is an easy game. But believe me, it is not. Especially when you get your face and beard burned to ashes the first time you see the guy above. Oh boy…

But, don’t get discouraged as you can start the game again and improve your skills. And believe it or not fellas, you will have a really good time doing so! This game offers the basics of many genres from RPG to action games and it does it so well that you keep playing it until your eyes hurt.

As a person who is not a fan of pixel-art, I can easily say that the details in this game really impressed me. You can probably play it on any kind of PC right now and that makes it more and more charming. 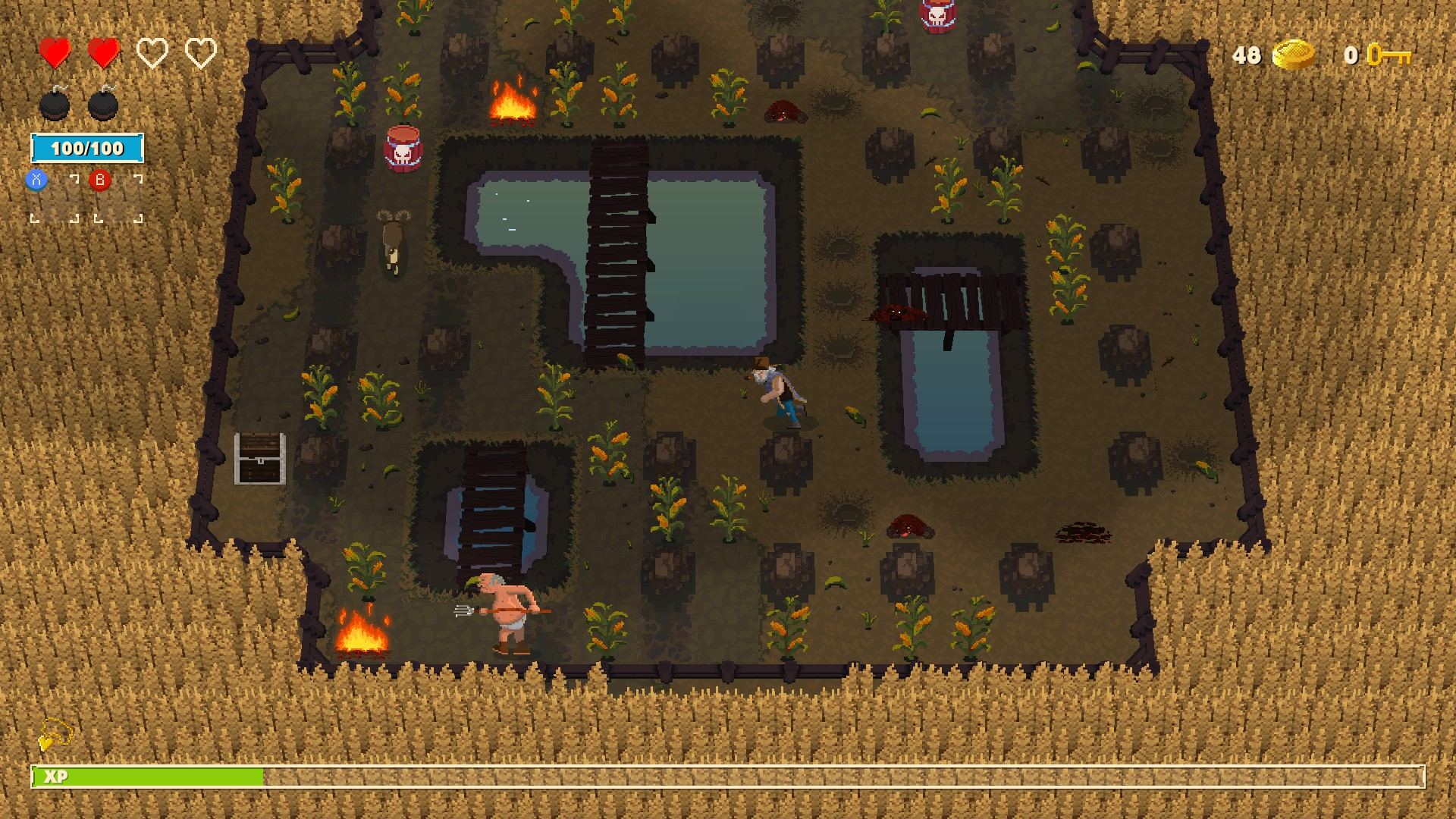 There is nothing much to say about Bombslinger. It is fun… a lot fun! Moreover, it is pretty cheap and available on Steam, Xbox One and Nintendo Switch. If you like pixel-art games and want to have some nostalgia along with new and beautifully designed features, this game is a must. Especially if you enjoy casual games which offer fun gameplay every single day for an hour or two, you should get this game. You will not regret it, believe me.

Bombslinger was reviewed using the Steam key provided by the publisher.

Bombslinger is fun... a lot fun! Moreover, it is pretty cheap and available on Steam, Xbox One and Nintendo Switch. If you like pixel-art games with detailed and beautiful visuals and want to have some nostalgia along with new features, this game is a must. Especially if you enjoy casual games which offer fun gameplay and which you can play every day for an hour or two and have tons of fun. You will not regret buying this game.

The list of PS Plus free games looks good for this month, the games were ...
By Haktan Yılmaz
4 hours ago

First of all, we will get Final Fantasy 7 The First Soldier. It will be ...
By Yusuf Tarık Kayhan
16 hours ago

Bloomberg explains that this support for additional drives will come with a firmware update that ...
By Yusuf Tarık Kayhan
16 hours ago

Activision has stated that a unit of 500GB PS4 model may not be able to ...
By Haktan Yılmaz
1 day ago

CD Projekt has announced that the major 1.2 patch for Cyberpunk 2077 got delayed. The ...
By Haktan Yılmaz
1 day ago

The Pokémon Company is expected to celebrate the 25th anniversary of the series on February ...
By Tuba Çetin
2 days ago