Horror games became so popular in the past years, we had great games with epic stories, haunting our dreams. I can say that many horror games made me jump out of my chair countless of times to be honest. Rise of Insanity may not be one of them, but the game offers something pretty good within its atmosphere. Anyways, let’s have a closer look:

Rise of Insanity, developed by Red Limb Studios is certainly not your classic horror game. As a doctor of psychology, you will try to enlighten the tragedy that befallen your family.

It is not the classic horror type game, because you don’t run away from monsters like there is no tomorrow. Instead, you search for clues, trying to reveal the truth such as keys, photographs, and listening to recordings so forth.

Personally, the lore behind the game is not that strong, but its certainly interesting. It’s not the high-tension you enjoy while playing the game, it’s the atmosphere. I mean really, the game offers such an epic atmosphere.

I didn’t find the game that scary, but the atmosphere was good enough give me chills. 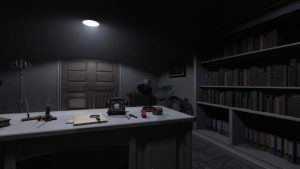 The game is smooth, and well-optimized. When it comes to the gameplay, you are not that free while exploring the environment, things that you can interact within the game is limited.  The game decides whether you interact with the items, or not. The sound of the atmosphere is sometimes calm, and sometimes getting nervous. In  horror-games, sounds and musics play a huge role within the game. And even the environment itself has unique sounds, such as raindrops falling to the window, and creepy television noises. But for a game that wants you to collect data and clues, the subtitles for items and recordings sometimes doesn’t match. That was something distractive.

The story of the game… Was pretty weak. I mean, really weak. But still interesting. You can predict the ending within the very early of the game. This was a little disappointing. The game has some distractions and plot-twists, but even though, those distractions was not enough to disprove my prediction. This can differ from person to person, but I must say the game is predictable. 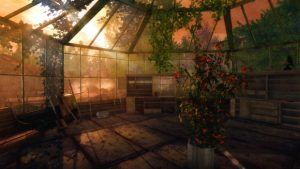 The game is enjoyable within a hole context, within its great atmosphere and graphics, the interesting story of your character, and the sounds. The game has some weaknesses, but those weaknesses were not enough for me to quit playing. Only if the story was more unpredictable, that would be something unique. But it is still worth to give a shot and try it. And also you can play the game with VR, not to mention the technology of VR offers so many greatnesses to the gaming, I am sure it will be a hell of a great experience. If you have VR, you should try this game.

Here is the trailer for the game;

Rise of Insanity was reviewed using the Steam key provided by the publisher.

Only if the story was more unpredictable, that would be something unique. But it is still worth to give a shot and try it.

Nominees of BAFTA Games Awards 2021 have been announced. This year, The Last of Us ...
By Haktan Yılmaz
23 mins ago

The ability to rent or purchase TV shows and movies will be removed from the ...
By Haktan Yılmaz
24 mins ago

Because of the pandemic, our lives got really boring and monotonous. But we should stay ...
By Yusuf Tarık Kayhan
10 hours ago

E3 2021 event has been canceled, Los Angeles City documents show. This was spotted after ...
By Haktan Yılmaz
1 day ago

When live streaming, you don’t forget to keep your microphone unmuted when not using it ...
By Haktan Yılmaz
1 day ago