Here we are, with another great 10tons action. Did you fancy Crimsonland? I surely did, even after the bazillionth death I’ve faced in the survival mode. A game mode which only ends by your passing, which we can also call a “carnival of perks and power-ups” –never gets boring in any theme possible. If you didn’t play Crimsonland, or any other 10tons game before, you can check our Time Recoil review –in which I claimed that I favor Time Recoil more that Tesla vs Lovecraft. However, having seen the latest version of the game, I gave that a second thought.

Tesla vs Lovecraft is a twin stick shooter with 10tons’ own approach to the genre: Kill a crushing amount of monsters, earn xp, use them to level up and gain perks each time you level up, and then collect power-ups from the battlefield and kill a crushing… And repeat. Which is the perfect formula to spend endless hours -or minutes, depending on your combination of skills and patience.

Our story is simple: H.P. Lovecraft gets mad at Nikolai Tesla just because he does not think that a scientist should not tingle with the forces of nature… And wonder what he does afterwards? Well, he burns Tesla’s laboratory down and unleashes a considerable amount of abominations onto him. In return, Tesla gathers the pieces of his Mech and becomes a badass war machine… If you want more from the story, simply don’t. You’ll be disappointed.

The Mech we’ve mentioned above? That machine will become the main part of your gameplay, along with the other inventions of this brilliant scientist. These inventions start with a simple teleport machine which can help you jaunt your way out of sticky situations, and continue with various tools which can increase the chances of dropping epic perks, armoring-up your mech, perk-shuffling, et cetera. Think of them as passive skills. Well technically, most of your perks are also passive skills; yet these inventions affect all of your games, instead of being effective only for the level you’re playing. 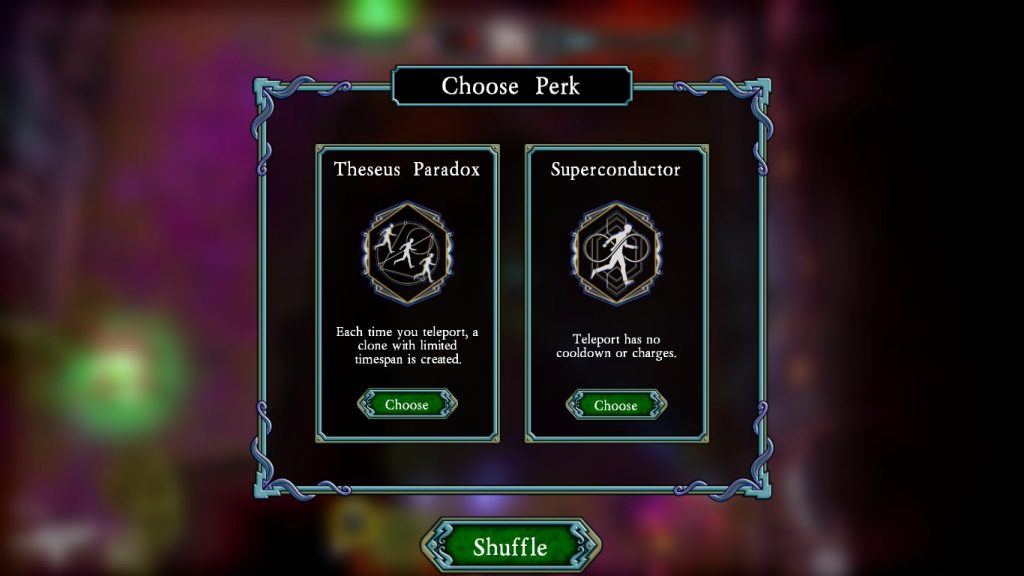 Let’s return to the Tesla-Mech: Yes, you will always run after the parts of your mech while playing, because if you manage to collect all its parts, you can use it again to raise hell for a limited amount of time (which can be lengthened by the inventions). And you know what? All your perks gained throughout the gameplay, also affects your mech. So get ready for a bullet-hell. Especially if you combine the “Ricochet!” and “Extra Barrel” perks, and if you select them several times, you’ll witness the true definition of the term “bullet-hell”. 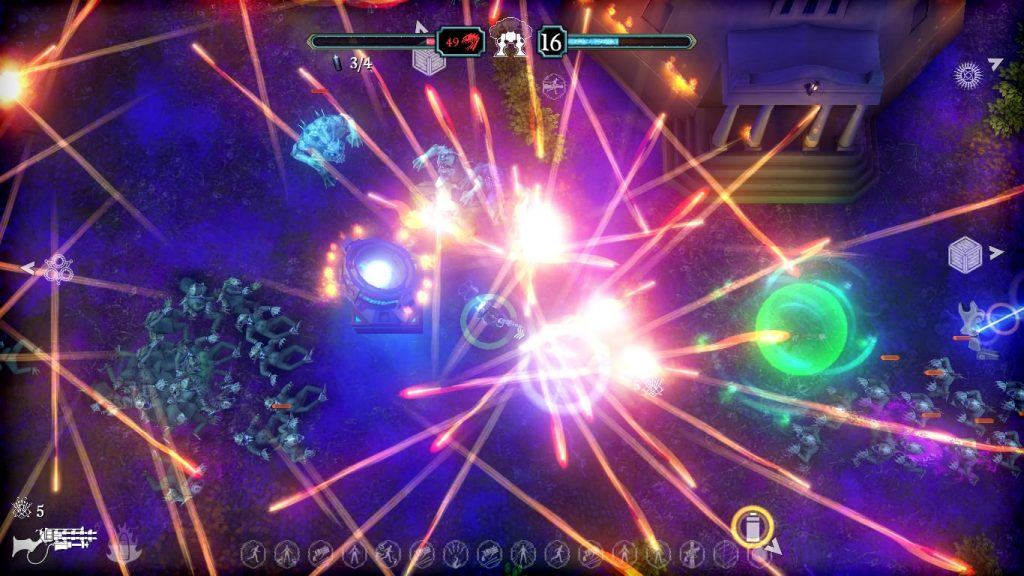 Tesla vs Lovecraft gives you everything that you’ve hoped from a twin-stick shooter. Hell, I gave up writing this review several times to play it. Not much to tell, I would call it the masterpiece of 10tons but it has some unfinished parts. Level design, especially, will surely give you headaches. Levels are very repetitive and small, and I got shunned by the lack of a wider field of view: I just wanted to witness the destruction my fire bullets laid upon my Lovecraftian enemies, like in Crimsonland… It’s so satisfying. Anyway, the levels, yes they are boring and repetitive and small, and Aether or Eldritch versions are the same levels only with a change in colors and difficulty. But I liked the destructible walls and randomly-spawning Cthulhu statues which will give you a very hard time if you don’t destroy them in time.

To be frank, Tesla vs Lovecraft feels unfinished in some aspects but we have to admit that the game is crazy fun. It will definitely satisfy the twin-stick itch, as expected from a 10tons game. While doing that, it surely adds a thing or two to the genre. Play it for shoggoths sake!

Tesla vs Lovecraft was reviewed using a Steam key provided by the publisher.

Play the game for tentacles' sake! Tesla vs Lovecraft has some negatives, yet it definitely brings out more than we've expected.