All Walls Must Fall is a tech-noir spy game developed by inbetweengames where you control a time traveling agent. You seek to complete objectives given to you by a shady character. In order to do so, you can either go full berserk and kill anything that moves or you can use your persuasion skills and get out there without touching anybody. It is your decision. As an agent who has many skills, you will find many different solutions during your objectives.

Story of a time traveler

The story takes place in Berlin on 2089 during the never ending Cold War. Both sides in Berlin, for 150 years, have used the time manipulation to get advantage over the other. They spied on each other for years. The war is still going on and you play as an agent whose job is to find the responsibles for a rogue nuclear attack. Starting from 10 hours before the ignition, you start questioning the underworld bosses and try to find clues in night clubs. Combined with your ability to manipulate time, you use your skills with your gun and your defensive tactics, fighting against hostile agents as well as the time itself.

This game offers a unique experience when compared to other tactical turn based games like X-Com or Syndicate. You can feel the inspiration they got from these titles. But do not be fooled when I compare it with these because the developers implemented many unique features to the game. So, in my book, they were successful on getting the inspiration from other games and creating their own game in the process which makes it pretty different than others. And one another reason why these features stand out is because it’s an early access game. And the main features of the game that we are talking about are:

What All Walls Must Fall offers is a unique experience, like I said. As you can see on the list, it is a hybrid of both turn based and real time strategy/tactical games. When you need to decide your next move, time stops and you pick an action. When you manage to kill every single enemy, time rewinds itself and you start watching the consequences of your actions. Watching the whole fight over again without a pause button (which can become annoying on longer fights), in a fast paced combat version of your turn based, slow action selecting period. This is an interesting feature. You play as though you were in a turn based, slowly progressing game. But suddenly, you find yourself in an action game which reflects your previous choices.

The time manipulation aspect of the game explains these features a lot. Not only in combat, but also in dialogues you can manipulate the time to be able to pick a different dialogue option if you failed the last time. But beware! Your action points are significantly important in this game. You can always rewind the game and go back in time to avoid taking damage. Or you can try another action to save yourself. Because if you don’t have enough points, and take a lethal hit, the game is over. I mean you have to start again, from the beginning of the entire game. So be careful when you use your action points.

Briefly, I can honestly say that the gameplay is what makes this game unique and enjoyable.

Sound effects and visuals are satisfying

The music, even though I hate that kind of music normally, is pretty good. And it suits pretty well to the game. Walking around night clubs and having a futuristic art style makes the music choice acceptable. And it doesn’t disturb you at all. Combat music could have been better maybe, but it is still good. Sound effects are pretty simple and satisfying.

As for the visuals, they are pretty simple too. Visuals need some work, that’s for sure. Different character models are not more than five or six. Even the background NPCs, like the night club customers, are almost all the same. Animations also need some work. There is no animation other than the weird leg movements of background characters. The agent and the enemies only move as if they were statutes, without even moving a leg. This becomes disturbing after a while. Even though it is not a game crashing problem, players might ask for better animations from a potentially good game like this. (Well, I do to be honest)

Another disturbing thing about the game is that many options like dialogue options or other actions are limited. Just like the animations, these secondary actions/solutions need more attention.

Lastly, as a negative aspect of the game, I can add that the story is a little bit hard to follow. A couple of cutscenes or informative features would make the story more and more interesting and attractive.

No matter what, at this point, I would like to repeat that the game is on early access. So, many things will change in the future. And I’m pretty sure the developers will take the problems like animations issue in consideration in the near future.

Can and Will Get Better

Compared to the last time we tried and wrote a review about this game, it is obvious that it got much better. I think developers did a good job about improving the features. I really had fun playing this game. Now you have two choices: if you like tactical games like X-Com, and don’t feel bad about supporting indie early access games, you can go ahead and buy it on Steam. But if you want to wait for it to become a complete game, you can follow the news about it from us or from the Kickstarter page.

Overall, All Walls Must Fall is a good game. It is fun to play and it has many unique and interesting features. Although it needs a bit more attention on animations, story and some in-game features. To be honest, it is a good alternative for turn-based tactical game lovers. Don’t forget that this game is on early access alpha stage. So the game is not fully complete. However, we can expect many improvements to come in the near future.

All Walls Must Fall was reviewed using a Steam key provided by the publisher. 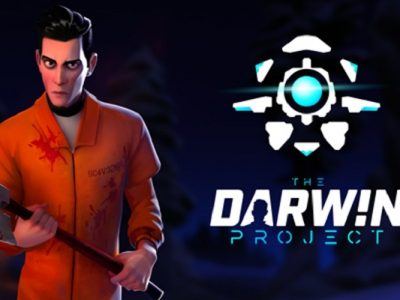 Warhammer: Vermintide 2 is the sequel of survival co-op game Warhammer: End Times – Vermintide, in which ...
By Umut Uyurkulak
February 28, 2018 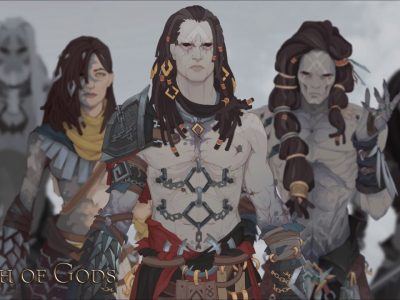 Ash of Gods: Redemption is an upcoming turn-based RPG featuring a rogue-like story telling and tactical ...
By Emine Öztürk
February 15, 2018
0 %