Regalia: Of Men and Monarchs hit PC on May 18, so maybe you can find this review a little bit too late. But, better late than never since Regalia deserves some respect and attention.

This may be a story of how I started to enjoy tactical turn-based JPRG games. Honestly, I am more of a ‘Shotgun! In your face!’ person and I take my chances whenever it is possible to act like a savage in a game. I believed that an action game can not satisfy me if it is turn-based. Oh boy, how wrong I was. Maybe more than Thorin himself.

Regalia: Of Men and Monarchs is a turn-based tactical JPRG set in a humorous and weird fantasy world full of action, combat, adventure and fun.

Our story begins with a series of unfortunate events. As Kay of House Loren, inherited by our ruling family’s prosperous land, we start a journey to the kingdom of Ascalia with our two sisters and a bodyguard in order to claim our rightful throne and make Ascalia great again. Eventually, we came to find an abandoned land with a ruined castle instead of glory and prosperity.

We arrive Ascalia as a group of four. Kay is the rightful heir to the throne, yet he lacks the leadership of a ruler, a little bit dumb yet charming enough to earn your hearts. On the other hand, Kay’s bodyguard Griffith is the one with barins and muscles, yet like a bodyguard should be, he chases victory and burns with the flame of truthful protection over the group. Gwendolyn is the one with a snake tongue and her super power is being able to sarcastic and humorous under any circumstances. And, our little sister Elaine is a perfect mashup of cute and clever. Usually, I don’t mention about the characters this much, but in order to show you the great harmony the group has, I need to. These four characters will be your main source of fun, action and hours of delightful gameplay.

Before anything else, I must admit that voice acting of Regalia is splendid. You will notice that at the very beginning of the game. The voice acting suits perfectly with the personality of every character and even completes it. Every character has a different and distinctive personality which requires a professional and matching voice acting in order to reflect it to the player and Pixelated Milk did a smooth job selecting voice actors, it seems. Along with that, soundtracks are always in a harmony with gameplay which is something that doubles the pleasure.

After arriving to the castle which is mostly a ruin now, Kay’s dumbness combines with his hunger and he ends up drinking his grandfather’s ashes which triggers the ghost of him to appear in a ridiculously funny way. And with the help of the grandfather, we form a group of five. Yet, the ghost of the grandfather is bounded to the castle and he acts as an advisor to the group. With all the disappointment, Kay decides to leave the Ascalia in its current stage and abandon it forever, yet his road is blocked by a villain-looking man and his two brutes. Claiming that he is a debt collector in a fancy way, this man clarifies that Kay inherited a lot of debt with Ascalia. Uh, parents! After more like a thread, Kay agrees that he must return Ascalia to its former glory in order to pay the debt. Bring us the glory, wipe away the debt? Ehm, that’s another story.

Here are some screenshots of Regalia: Of Men and Monarchs.

So, the main quest submerges at this point, save Ascalia from the years of destruction. In order to save the castle and all, you need to clean the castle, find subjects to rule since the kingdom is mostly abandoned, kill the beasts here and there, explore the caves around the castle and collect resources. Construction is a big part of Regalia since the castle and the compounds around it are simply on the edge of collapsing. It is another part of the game I like, since it gives a kind of refreshing feeling and you feel like all the combat and exploring was not wasted away.

The map of the game is designed as the square of the kingdom. By clicking buildings or bridges around the square, you can easily fast-travel to wherever you need to go. By clicking on the hammer button, you upgrade the buildings by using resources they need and in order to find the resources, you need to visit caves and dungeons.

Regalia offers at least 20 dungeons with different quests. In every dungeon, you will encounter various enemies and start a vicious tactical turn-based combat. Those enemies are merciless, let me tell you and Regalia has an improved AI which means enemies will do anything to kill you. Each character has various skills we can use during the combat. You move, you attack. That’s the real mechanism here. During the battle, you can use one Authority Point to use one special skill but you can also use it to unleash Blitz which grands a second turn. There is no healing mechanism, but there is a skill which provides a shield. After the combat, you can use the camp where you can heal your characters and save the game. Personally, I’ve found Regalia’s turn-based combats not boring but satisfying. 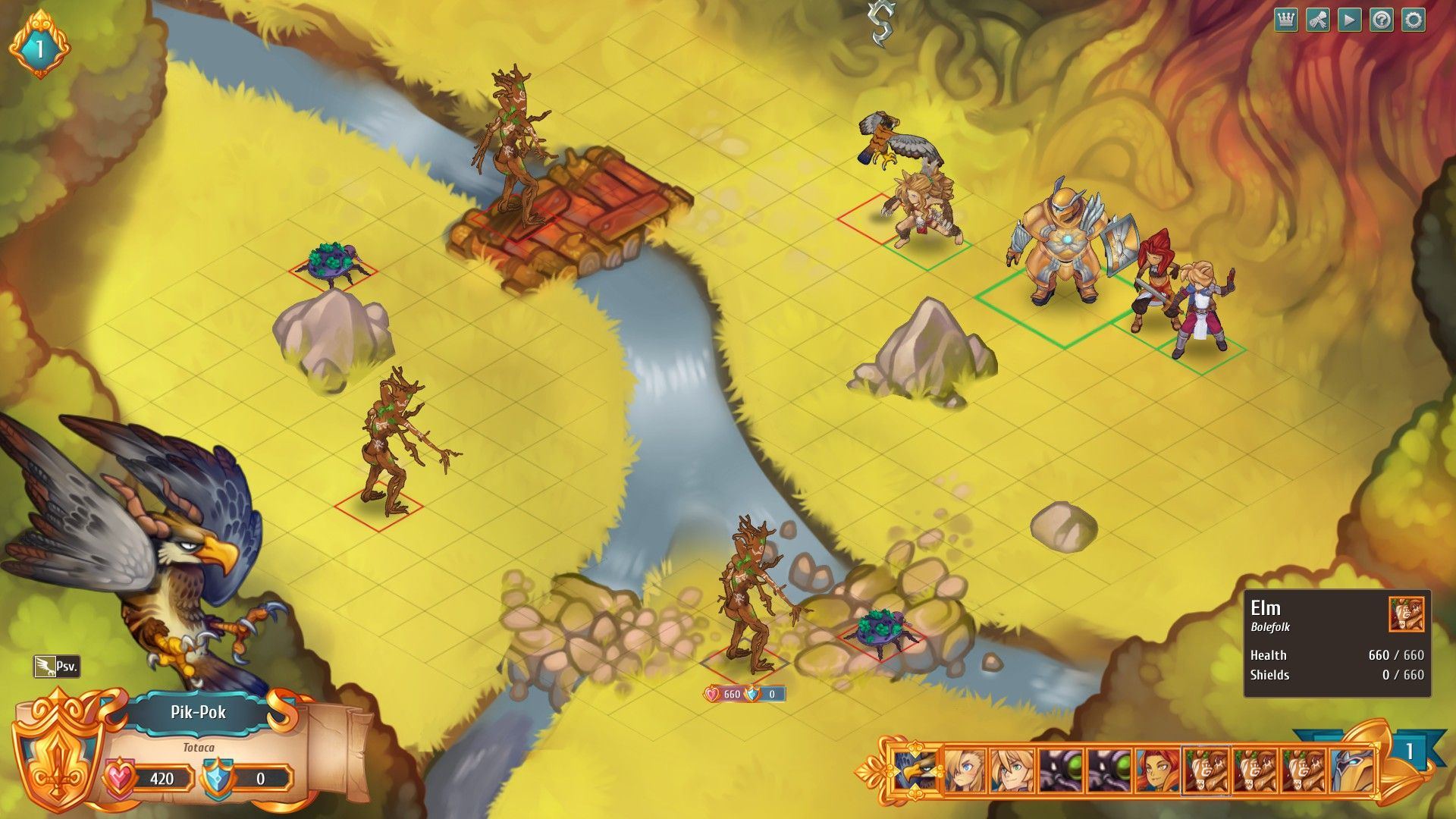 Another charming part about Regalia is that the game offers so much things to do. Rebuilding the city, developing relationships with Kay, visiting dungeons, unlocking new abilities and bonuses, crafting, trying to understand the vast character menus and mostly, there is a deadline to do all of these. You get these things done before the deadline or the game is over. Harsh, huh? If you have the ability of time management, I guess you won’t have a hard time doing all these things. Keep in mind that your travels to dungeons and camps will also take time.

When it comes to our visual pleasure, Regalia again wins our heart. It is not that detailed or dashy, yet Regalia has heart-melting colours with beautiful art design.

Nonetheless, I must warn you. Without doubt, you will lose your sense of time while playing Regalia since it offers so many things to do. If you are up to this task, I suggest you to go ahead and try it out. Regalia is now out for PC and if you like to have some fun with deadlines, you can check the game’s Steam page.

Regalia: Of Men and Monarchs was reviewed using a Steam key provided by the publisher.

Regalia: Of Men and Monarchs Review

A loving homage to classic JRPGs, indeed! Regalia: Of Men and Monarchs is a turn-based tactical JPRG set in a humorous and weird fantasy world full of action, combat, adventure and fun. I wouldn't dare to think that a turn-based action game can entertain me this much. Oh boy, how wrong I was!

Hironobu Sakaguchi’s studio Mistwalker is working on a new Japanese-style role-playing game. This game is ...
By Yusuf Tarık Kayhan
3 hours ago

The Naughty Co-President Neil Druckmann shared something on Twitter that made the Uncharted fans really ...
By Yusuf Tarık Kayhan
3 hours ago

Early Access game Valheim continues to get patches, and the most recent patch focuses on ...
By Haktan Yılmaz
20 hours ago

Aliens: Fireteam is a three-player co-op shooter that is announced to release this Summer on ...
By Yusuf Tarık Kayhan
1 day ago

A Skyrim Fan Counted All the Steps to High Hrothgar, Its Nowhere Near to 7000!

Yes, someone really counted all those steps and confirmed that there aren’t 7000 steps. Everyone ...
By Yusuf Tarık Kayhan
1 day ago