Snipers: The most hated players in the shooting games community. Every last one of you, if you play multiplayer shooters, probably have more than one story to tell consisting of how a sniper ruined the game for you & other players… Well, that was your problem. You could’ve flanked the sniper. Am I right? Snipers? I know you’re out there, hiding somewhere. Well, here is your beloved game, Sniper Elite 4. Developed & published by Rebellion Entertainment, the newest member of Sniper Elite franchise comes with a lot to offer compared to its predecessors.

The game begins with the bombing of Orchidea, a freighter which is sent to Italy to investigate a secret Nazi weapon. After it is sunk by the same secret weapon, we, as Karl Fairburne, whose voice has a capability of sniping a female heart from danger close; is sent to the island to showcase his skills. The year is 1943, Nazis are in power and waiting for our bullets, we are in Italy and the weather is spectacular; so we wouldn’t mind the lack of a captivating narrative, right? Well, you’ll probably be surprised by some plot-twists and unexpected alliances in the story. Generally, it is more than a mediocre shooter scenario; but don’t expect a Spec Ops: The Line, or you’ll be disappointed.

Good gracious, what an adventure this is!

You snipers out there perfectly know that sniping is not only using a sniper rifle. Being a sniper means espionage, stealth, planning and being the surprise element on the battlefield. While Sniper Elite 4‘s gameplay mechanics let you engage in closed combat with your Thompsons, Trenchguns and fists, you cannot live long if you did not plan those engagements.

For example, in the first mission I started as a traditional sniper. Climbed up a broken tower, pulled my binoculars out and started marking my enemies. Then by my mistake and by the cruelty of the auto save system, my cover was blown. I ran past some houses while engaging Nazis in close-quarters, near-dead, running frantically under a rocky underpass in the map. I waited, the search was over, then a realized that I was carrying a silenced Welrod. Actually, it was there from the very beginning of the Sniper Elite franchise, but I forgot it while bullet-sponging some Nazis with my Thompson. Anyhow. I looked at the map, and started to move like our favorite goblin from Styx series, slowly and carefully this time. Eventually I begun hunting Nazis with my silenced Welrod and my trusty mines. With headshots, bait-bodies (I will come to that), and distractions; I finished the mission using my Kar98K sniper rifle only for fun and gorgeous X-Ray testicle-shots. 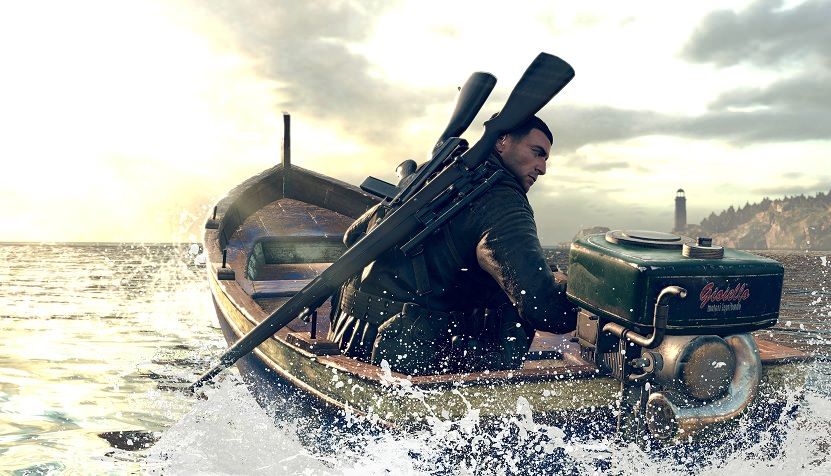 “Hi, I am Karl Fairburne and I don’t have sideburn-es.”

I gave voice to my gameplay story to tell you about how the game cares about planning, espionage and finding out new solutions; but it got out of control and I told you about some significant gameplay features. In that case, let me make a bullet-point list of these mentioned features:

Imagine that on testicles.

As for the sniping part, it is well-designed like in all Sniper Elite games. But this time, the mechanics feel more like an AAA game. I can’t really point out a particular reason for that –is that the UI, or the sounds, or the fluidity, I don’t know. But it feels good to have a kill over 500 meters. “Real men don’t use aim assist” says a Steam user, and I say “I don’t have the time for that and females are scientifically better shooters than men”. Gracias, anonymous Steam user, for informing us about an option to turn off the bullet-drop indicator. Nothing for me, thanks.

The pacing of maps gets a little repetitive after a few missions, and you can count that as a negative or positive, if you want. I’ll take that as a positive, because the formula works perfectly, with the help of the polished artificial intelligence of Nazi soldiers: While engaging them from a distance, you can spectate their actions and admire them. They take covers wisely, use the environment and even retreat if you kill their officers first. In the close combat though, that polished AI loses its polish a little bit. They get a little confused and panicked to see a sniper up close, I guess. About the repetitive part; if you think that the game got boring after a few missions, there is a new feature to cheer you up: Co-op.

Yes, Sniper Elite 4 lets you play co-operative with friends. And boy, it is fun. Scaling the map from different locations, talking about who to eliminate and making synchronized shots offers a great deal of entertainment that you probably wouldn’t expect from a sniper game. Well, yes, there are some glitches and bugs in three co-op and six multiplayer modes, but if you are lucky, they won’t cause a bigger problem. You can play the entire campaign with your friends, or try the survival mode and snipe as many Nazi soldiers as you can.

We must feed the eyes and ears, for they can become fidgety.

Visuals are delicate. Really, the Mediterranean terrain, the color palette, character details, even the expressions on Nazi faces are great. While animations and lip-syncs show their age; self-developed Asura engine has its peaks in this game, that’s for sure. If you have a middle-grade computer, it will run smoothly and it has a fluid performance on both consoles, PS4 and Xbox One. Sounds are perfect, especially if you use the binaural sound option while using headphones. By the way, the conversations between the Nazi soldiers almost make you feel sorry for them: “I just want to go home to see my wife” says one, “I am hungry, the rations were low” says the other. 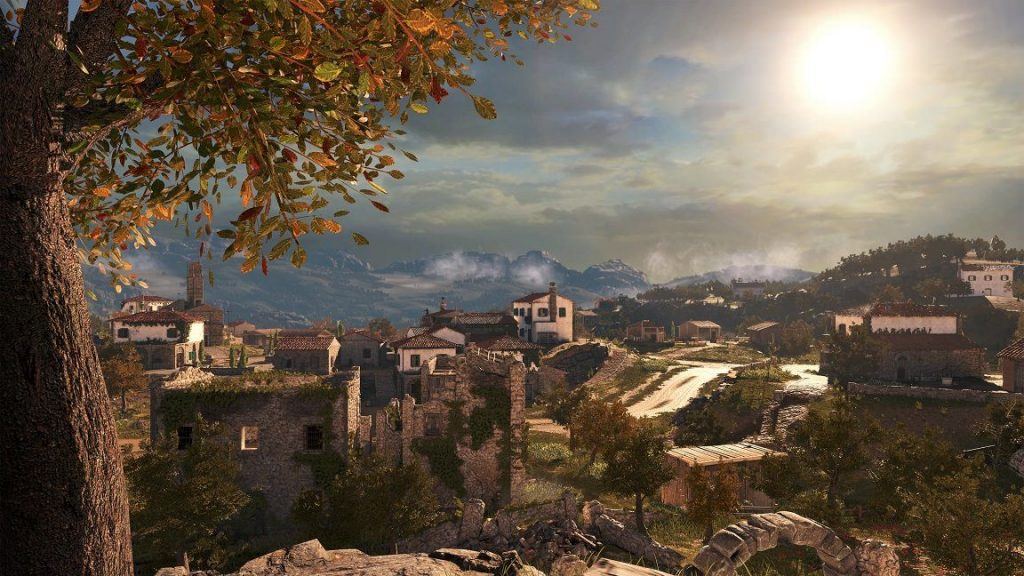 Before finishing, I have something to say to the developers: M1 Garand as DLC content? That is cold man, like Snoop says, it’s cold y’know. Yes we can shoot Hitler in the “Target Führer” DLC and probably get that content in the coming days; but not making a milestone weapon of the WWII available to the vanilla users, that was unexpected.

The end is nigh.

Thanks for reading our very first review people! Stay tuned for more. To sum up, let’s look at the negative & positive sides of Sniper Elite 4:

Note: This review was written in collaboration with G2A.com who supplied us the keys for Sniper Elite 4.

If you are a fan of Sniper Elite franchise, you've already played and finished it. If you are not -like me- you should give it a try, for it offers a unique open-world sniping/stealth fun.

Activision has stated that a unit of 500GB PS4 model may not be able to ...
By Haktan Yılmaz
3 hours ago

CD Projekt has announced that the major 1.2 patch for Cyberpunk 2077 got delayed. The ...
By Haktan Yılmaz
7 hours ago

The Pokémon Company is expected to celebrate the 25th anniversary of the series on February ...
By Tuba Çetin
11 hours ago

Harry Potter RPG, Hogwarts Legacy, has been postponed to 2022 to give the game the ...
By Tuba Çetin
11 hours ago

If you don’t know, Henry Cavill is the person who played the Geralt in Netflix’s ...
By Yusuf Tarık Kayhan
12 hours ago

EA and BioWare decided to stop the development of the 2019 action-RPG Anthem. BioWare announced ...
By Yusuf Tarık Kayhan
12 hours ago