It was reported that Nintendo wants developers to make 4K-ready games, which indicates that a new console could be on the way.

A Bloomberg report about Nintendo includes a short mention of Nintendo’s demand. It was reported that the company asked third-party developers to make the games 4K-ready, and this gives a signal that Nintendo is considering a console that is able to output at a higher resolution level than the Switch is currently able to.

This report came shortly after hearing rumors of a new Nintendo Switch model with a better display. According to the rumors, the console is in the production phase now and will be released in the first quarter of the year 2021.

When it comes to the current Switch models, Bloomberg says that Nintendo has apparently increased production of the console once again to meet demand, with 30 million units set as the new goal for this fiscal year after getting rid of the effects of the Coronavirus on its supply chain.

In the other news of Nintendo, demand for Super Mario 3D All-Stars has made it the second best-selling game of 2020 on the Amazon, after Animal Crossing: New Horizons. 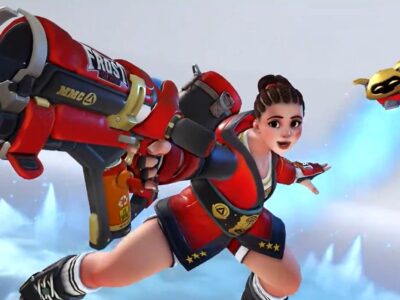 So recently Overwatch released a new skin for the Mei, but people are angry about ...
By Yusuf Tarık Kayhan
4 hours ago
0 %