Extinction is an action game which includes hack’n slash features and giant slaying. It is developed by Iron Glaxy and published by Modus Games. You basically try to save the humanity from an absolute extinction which was started by giants and orc-like enemies (Jackals). If you ever played Attack on Titan series, you will probably know what to expect from a game like this. However, you shouldn’t really expect something more…

You play as a Sentinel, the protector of the human kind, long forgotten legends. You are the last Sentinel and your objective is to kill all the giants before they kill the humans and destroy their cities. And…ummm…and you also do some sick moves and… kill giants? Yes. That’s pretty much it. As we will see in detail shortly, the game starts with a good idea and a big potential. However, it fails on presenting it in a fun way. It also does a bad job at finding the balance between what it can offer and what it demands from the players.

Before we start, let’s have a look at the technical part of the game. As a visually beautiful game, it demands a powerful system but nothing extraordinary: 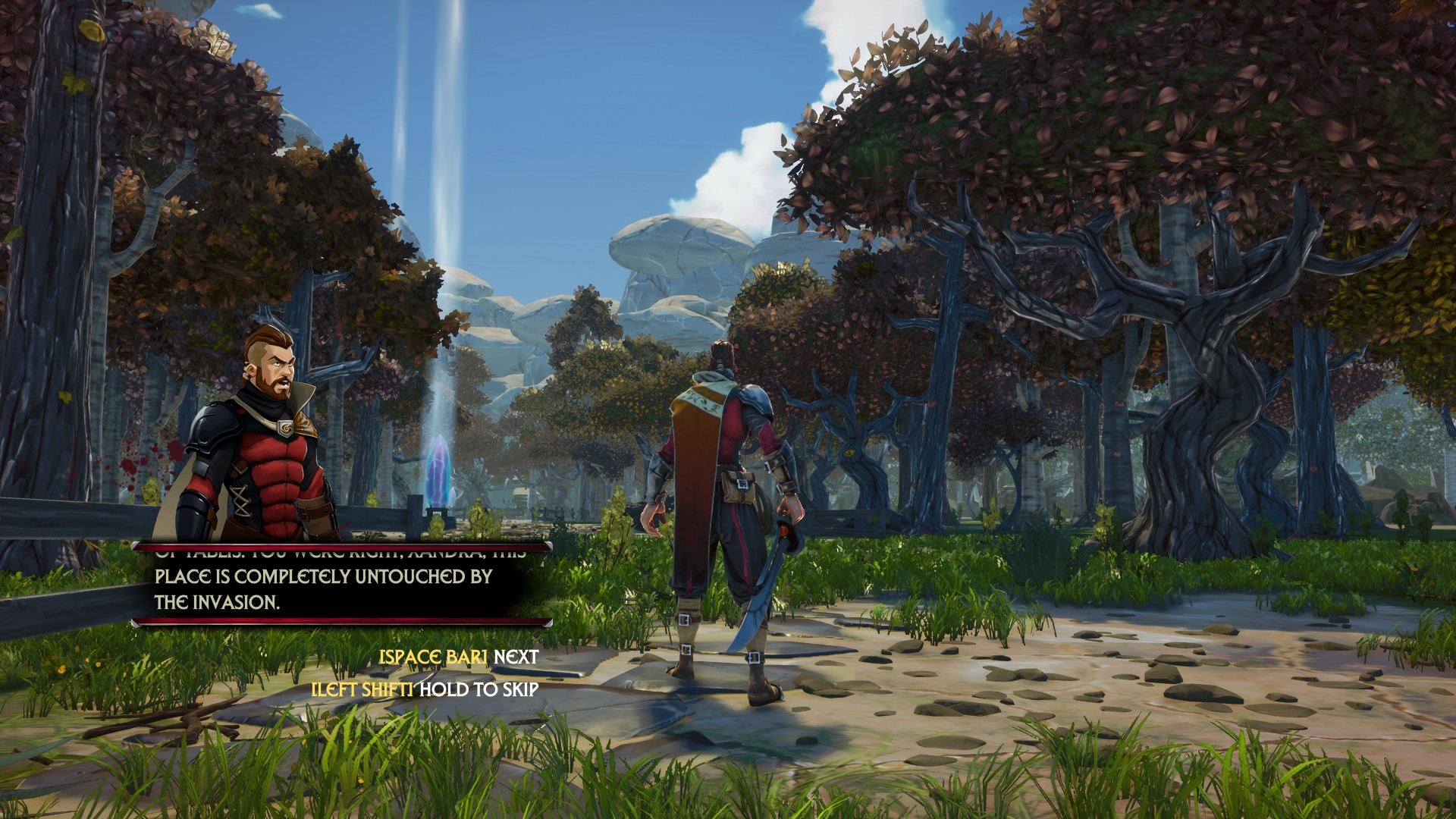 Story of a Sentinel. Who kills…stuff.

As mentioned above, you’re playing as the last Sentinel, Avil, and your job is to protect humans from the absolute extinction. In order to do so, you will have to kill Jackals and giants. You start the story with Xandra, your intelligent companion. Well, this is what we heard from Avil anyways. After a couple of introductory sequences, you go ahead and contact the king (Yes. You’re basically calling the king with a ‘talking stone’). During your fights, king realizes the big threat and decides to help you. And you start protecting the human kind.

So far so good. “A basic story for a good action game with a couple of interesting twists here and there,” you think. And you’re right. Why would we expect a complicated story from a giant-killing game, right? You’re wrong, unfortunately. After a couple of hours, you will immediately realize that the story is nothing more than a couple of moving sentences without any impact. Yes, there is a basic story and that should be enough. But the story is really weak and it gets annoying quickly. And I should point out that you can finish the storyline in around 8 hours or so.

Let’s say that we don’t care about the story or anything else. Let’s say, that we want to skip all the dialogues and just focus on our massacre. You can’t… You just simply can’t do it. Yes, you can skip the dialogue lines, but you can’t do so during the start of every story mission (oh boy how annoying can a king and a companion can be?). Moreover, whenever you get squished by a giant, the king or/and Xandra start yelling at you and reminding you your objective… this is just frustrating. the game doesn’t offer any piece of interesting story and forces you to listen to the same thing over and over again should you fail an objective… Please, at least put an option to skip EVERYTHING so that we can at least enjoy the hack’n slash part.

Gameplay or not to play? That is the question.

I’ll be honest here. The game really offers a fun gameplay. The action part is really good. Even the simplest move you execute makes you feel like you accomplished something. When you actually ‘accomplish’ killing a giant though, you really feel satisfied. In the beginning at least… Why? Because you do the same thing over and over again. Yes the gameplay is fun. But why would you want to do the same thing again and again for hours? Randomized maps (in Skirmish mode or in the storyline) feels so much alike that you always get the feeling that you just restarted the game. You either protect civilians, protect towers or protect the city itself. If you let the giants destroy the city, you fail. Let them kill more than X civilians, you fail. Or let them destroy more than X towers, you fail… Even if you don’t fail, you don’t even feel like you finished a job at all. Saving X number of civilians feels the same as killing X number of Ravenii (giants). You just repeat the process, that’s all.

Different game modes (Skirmish, Extinction and Story Mode) don’t offer something different than the basics. In Skirmish mode, you play on supposedly “randomized” maps and with objectives which are more or less the same. Extinction mode is a survival mode where you kill as many enemies as possible before getting killed. And to be honest, this is the only mode which is kind of unique compared to others. But you basically do the same thing… again. You already know what we do in story mode so I skip explaining it. 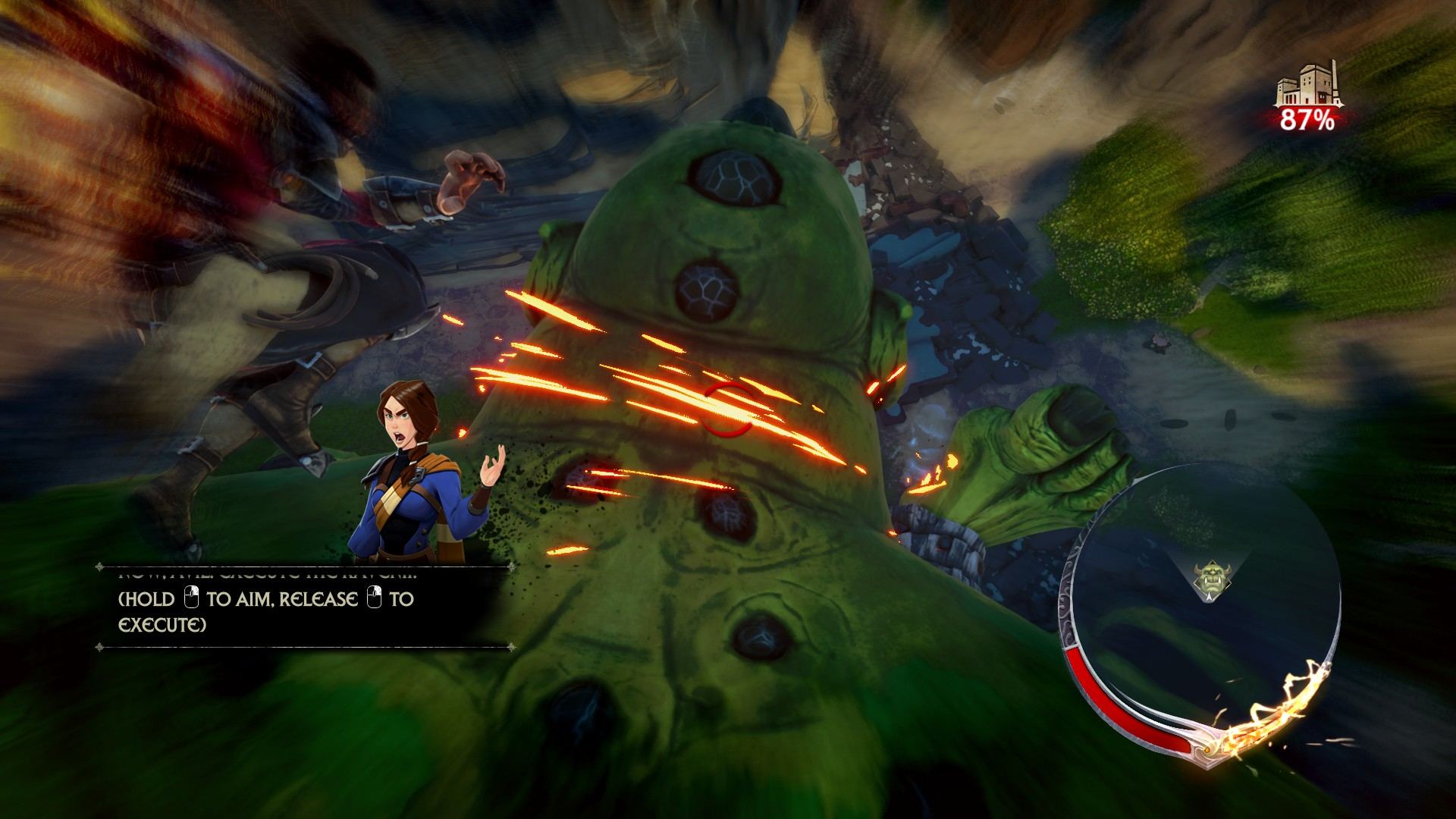 A little different. But nothing more.

Side objectives in missions are the only things that I was happy about as they force you to push your limits to get more rewards. It can be really challenging from time to time.

The enemies don’t really require a special/tactical approach if you ask me. Yes, there are some Ravenii with armor parts which you can destroy by focusing on their weak points. Yes, there are other Ravenii with indestructible armor and you should kill them in a different way. But in the end, they are all the same with minor differences; the only thing you do is either destroy armor parts, dismember the giant and kill it by beheading it, or just find another way only to repeat this. Even the human sized Jackals and their variants don’t feel different. On top of that, other than your whip with which you can jump and fly around, you don’t do anything of interesting. And that can also become annoying when things go wrong with the auto aiming… 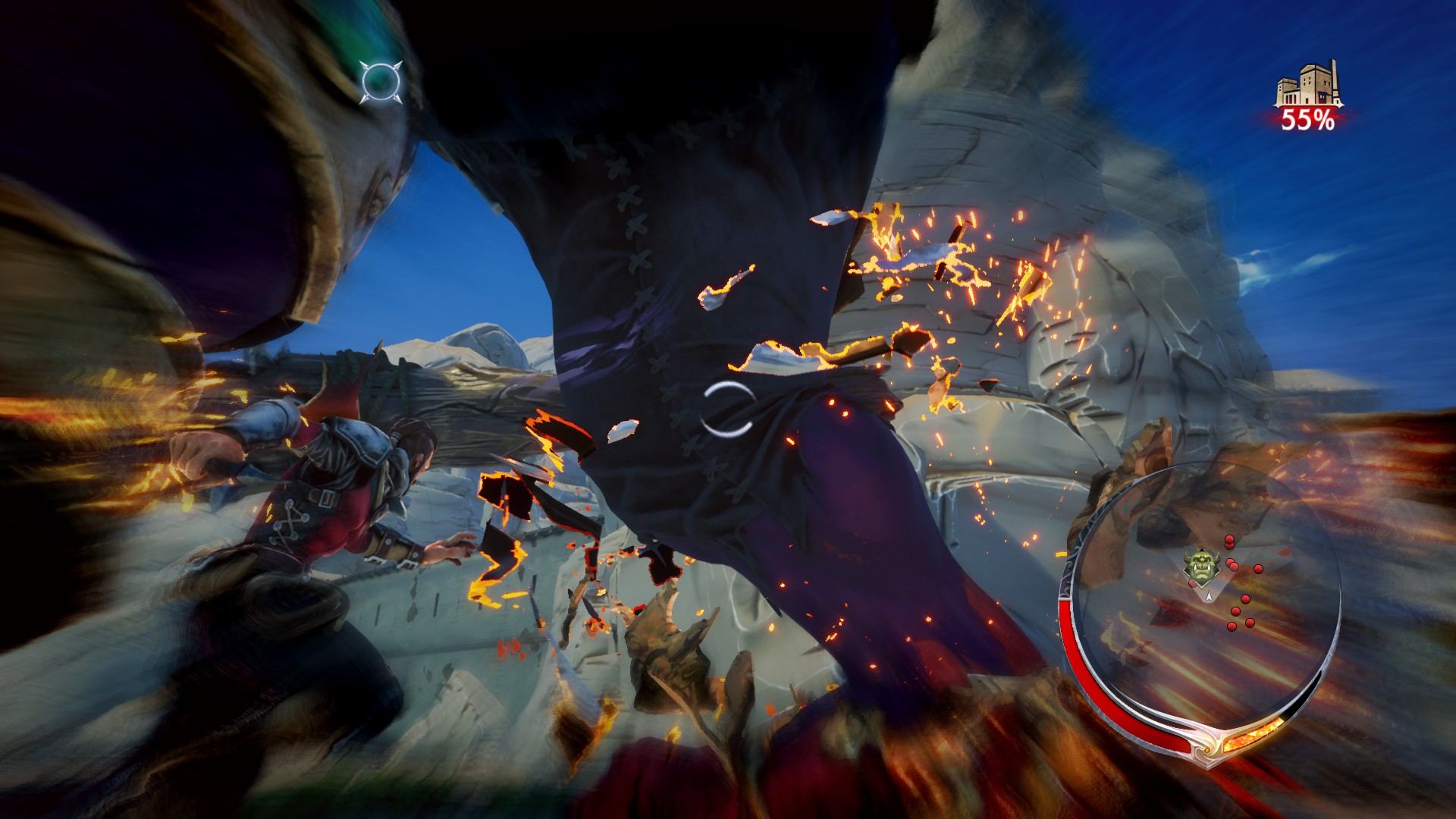 Climbing on top of the giants and killing them can also be frustrating. Even if you master your moves and become comfortable with the controls, you always get the feeling that there is something wrong with them when you keep falling off from the shoulders of a giant.

When it comes to the character development, you don’t have much choice. Combos are boring. You only use one button and you execute combos when you either hold the button for a while or tap it in an order. And when you actually execute a combo, you start questioning your life and wonder why you tried to do that in the first place. As I mentioned, the whip is the only cool thing. Other abilities only make you fall slower, enhance the slow motion duration so that you can aim easier etc. 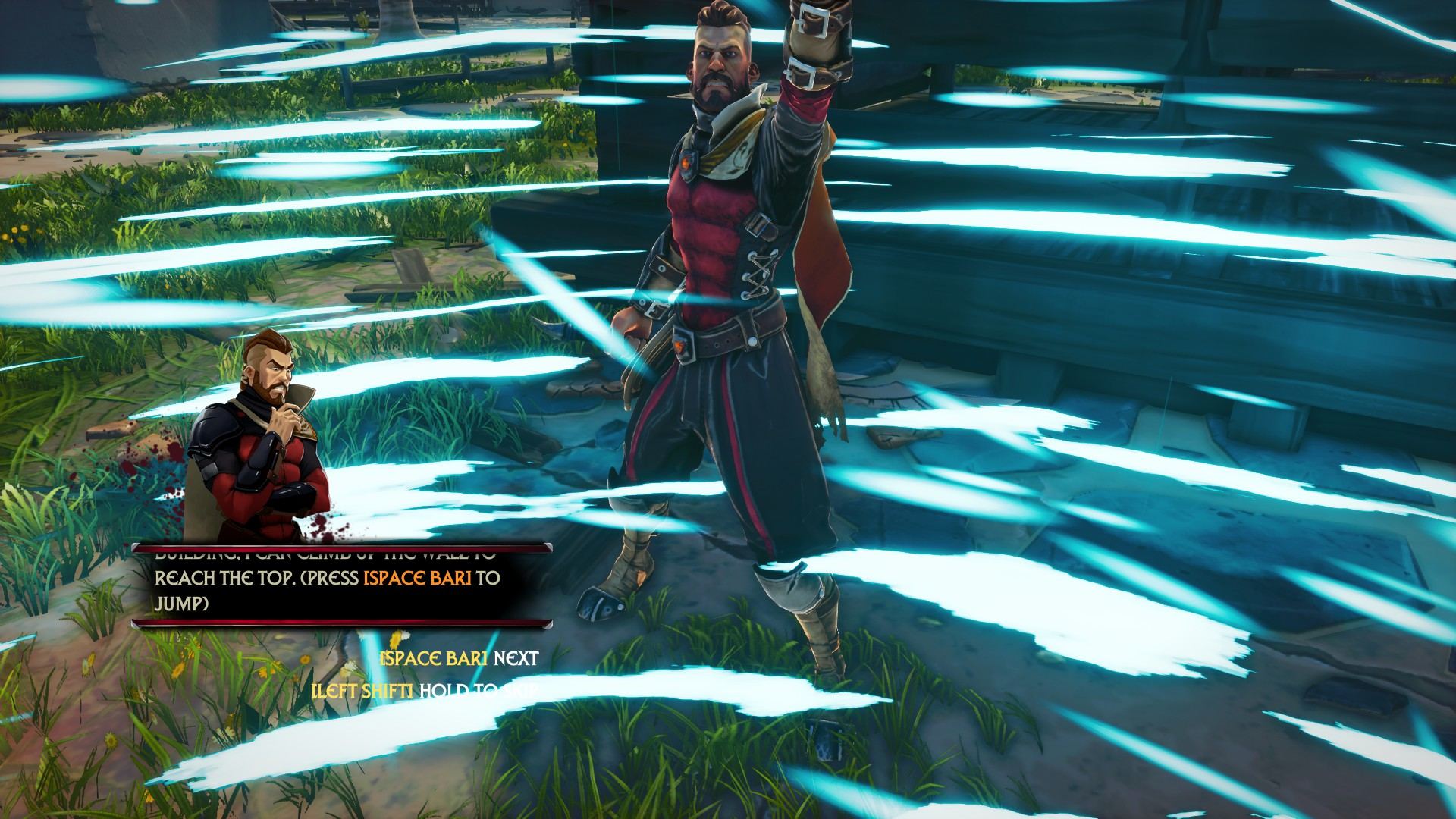 When it comes to the technical part, Extinction offers beautifully designed visuals and a good collection of sound effects. They all go well with the ‘kill giants’ theme. The colorful graphics offer a unique taste, that’s for sure. And the game itself was pretty stable when it comes to bugs and glitches. I can’t say that I encountered any game-breaking bugs or annoying glitches.

The music in Extinction is quite acceptable. It surely bumps your blood pressure and make you feel excited when you see a huge ogre coming for you. And when you hit stuff, what you hear is satisfying. Voice acting is also decent. The only problem is that you start feeling annoyed after hearing the same thing over and over again if you fail a mission. I really wished there was a ‘Shut up please!’ button.

Other than that, the cut scenes are so pretty that I was really impressed. The anime-style, animation-like videos were my favorites. 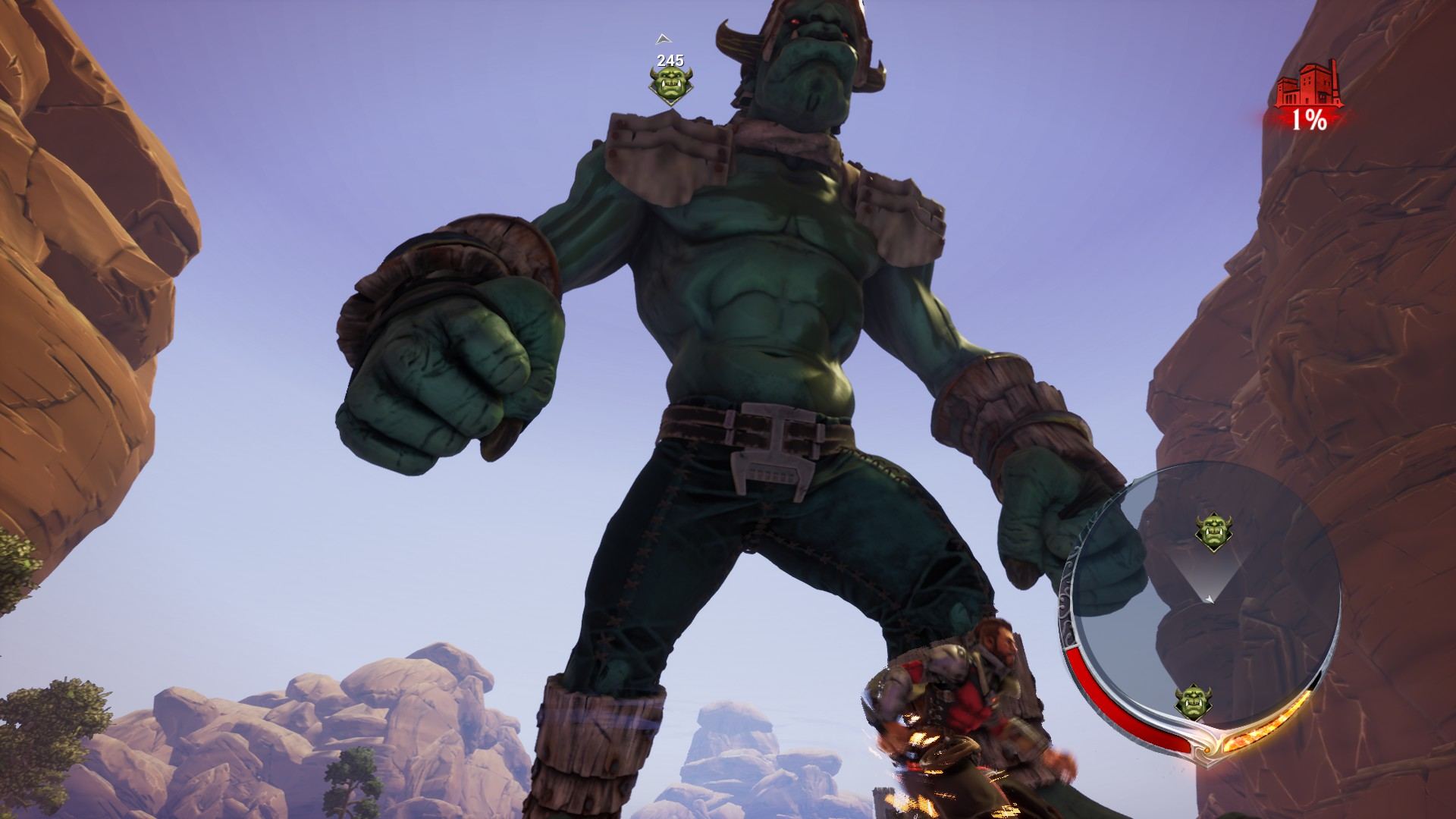 A couple of last words.

Extinction is actually a good game with tons of bad decisions and results of bad marketing. Why do I say that? Because its price is $60… If this game was in $20-30 band, I would’ve considered it as a successful title. However, now I only wonder if it’s worth the price or not. 8 hours of storyline, repetitive gameplay and decent enemy variation, it only fails to impress many gamers, including me. I am disappointed. I was expecting something more than this. But still, if you like action games and can be patient about a couple of annoying features, and if you have $60 to spend, you can give it a try. Otherwise, I’d suggest waiting for an update or maybe a discount.

You can check out the Steam page for more information. 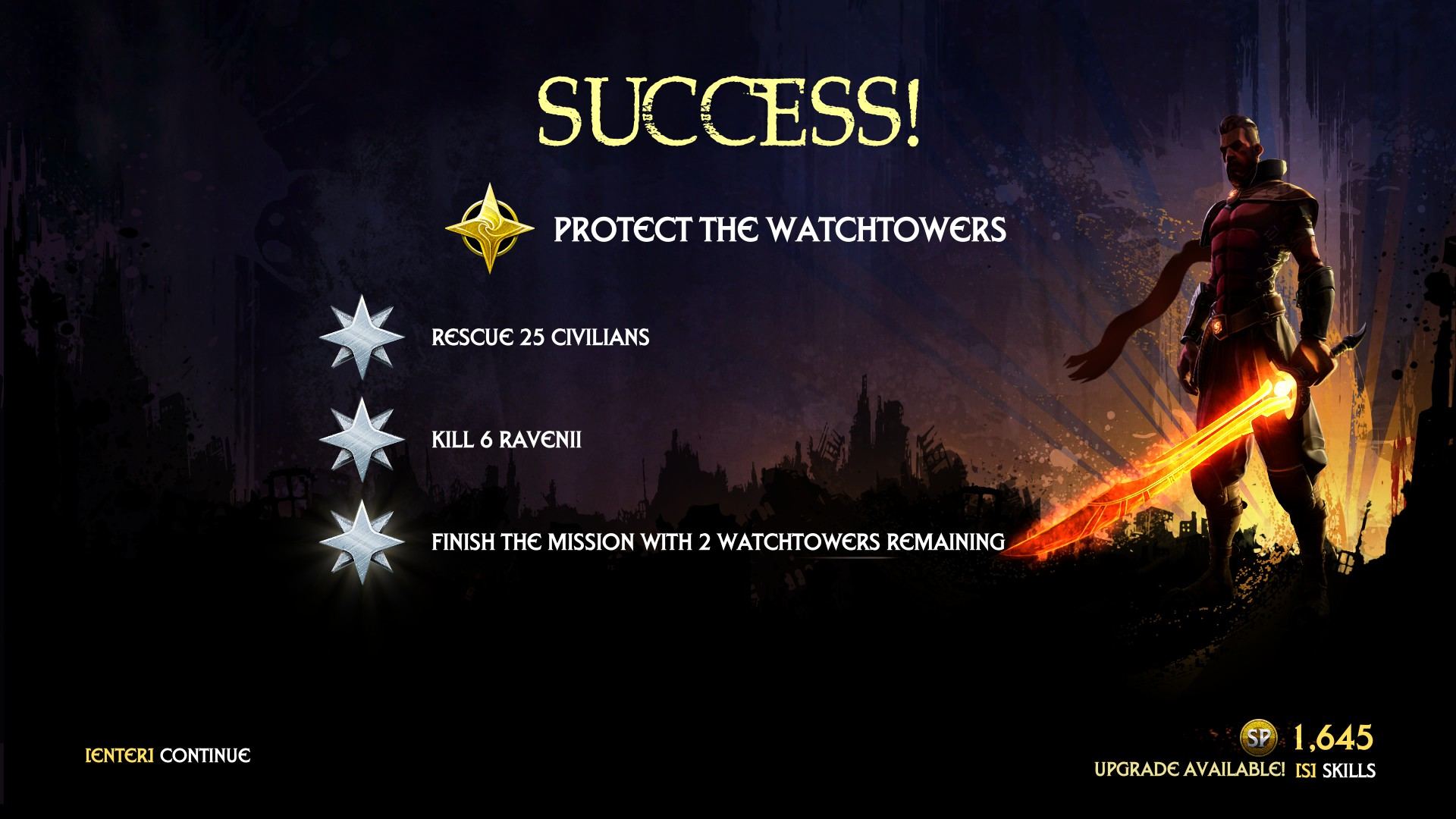 Extinction was reviewed using the Steam key provided by the publisher.

Extinction is a game with potential which was ruined by bad pricing and bad gameplay/story decisions. It could've been a better game if it had a cheaper price with more features. However, in its state, it only fails to be an impressive game. If you are a huge fan of action games, and if you don't mind repetitive gameplay with weak storyline, but with good graphics and sound effects, you can go ahead and try it. Otherwise, I'd recommend waiting for an update or a discount.

Hidden Path Entertainment, who took part in the development of Counter-Strike: Global Offensive, Age of ...
By Haktan Yılmaz
1 hour ago

Some rumors show that Nintendo is preparing to reveal its improvised Nintendo Switch model, which ...
By Haktan Yılmaz
1 hour ago

Hironobu Sakaguchi’s studio Mistwalker is working on a new Japanese-style role-playing game. This game is ...
By Yusuf Tarık Kayhan
13 hours ago

The Naughty Co-President Neil Druckmann shared something on Twitter that made the Uncharted fans really ...
By Yusuf Tarık Kayhan
13 hours ago

Early Access game Valheim continues to get patches, and the most recent patch focuses on ...
By Haktan Yılmaz
1 day ago