The 2017 Game Awards nominees finally have been revealed and the struggle is real since there are more than one or even two great titles under each category. The console and PC games both take place under these categories.

Some are brand new, some are not finished yet, some are exclusive yet we embrace them all and vote for our favorites. Let’s take a look:

Game of the Year category includes The Legend of Zelda: Breath of the Wild, Super Mario Odyssey, PlayerUnknown’s Battlegrounds, Persona 5, Horizon Zero Dawn. My vote goes for Horizon Zero Dawn even if I know that BUBG will probably win. 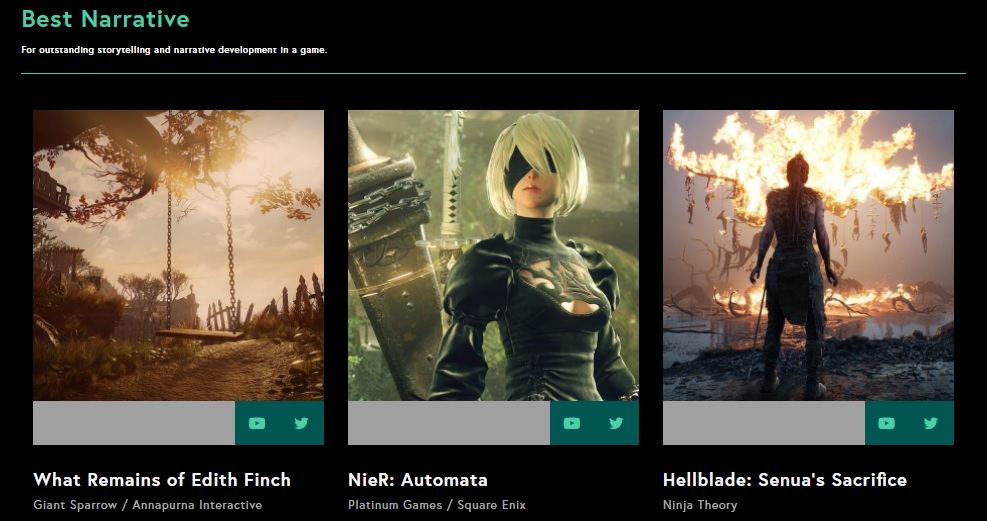 We can only mention some, but there are more categories with harder decisions to make. If you want to make a difference, you can visit here and vote for your favorites.