The Wolfenstein 2: The New Colossus season pass will feature a three-part tale of American heroes. “Gunslinger” Joseph Stallion, Jessica Valiant, and Gerald Wilkins will deal with the Nazi war machine from the ruins of Chicago to the vastness of space.

The DLC trilogy actually features four episodes, including Episode Zero. Bethesda went ahead and shared some detailed information and the release dates for the episodes. Take a look: 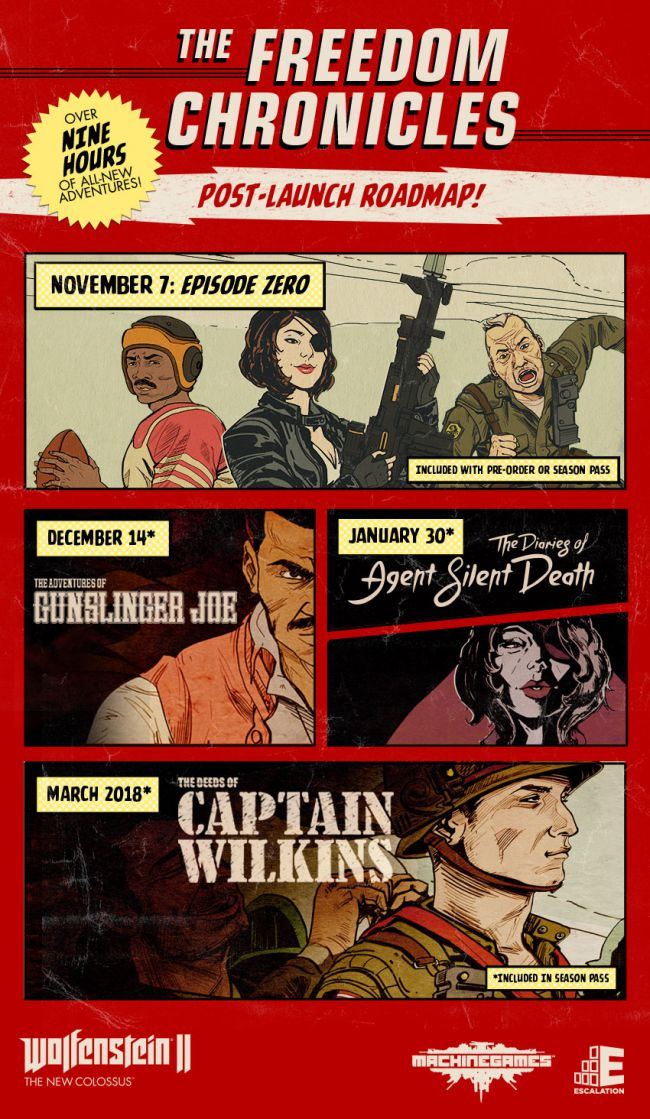 Even though it will depends on your gameplay style, Bethesda estimates that the three chapters will add nine more hours to the game. We will be back with more detailed news!