“My memories are very confused. There is even much doubt as to where they begin; for at times I feel appalling vistas of years stretching behind me, while at other times it seems as if the present moment were an isolated point in a grey, formless infinity. I am not even certain how I am communicating this message. While I know I am speaking, I have a vague impression that some strange and perhaps terrible mediation will be needed to bear what I say to the points where I wish to be heard. My identity, too, is bewilderingly cloudy. I seem to have suffered a great shock—perhaps from some utterly monstrous outgrowth of my cycles of unique, incredible experience.”

An arctic expedition… What could go wrong, we say, in this secure world, which we think we know everything about it. We know that we’ve seen everything  on it, maybe not only with our own eyes, but with the electronic eyes of the gadgets we’ve invented over a small envelope of time. There are no unknown depths or peaks, thus no antediluvian horrors and things from an improbable place in space and time. Well, that’s generally the case in most scenarios in real life, but in Conarium’s world, you’ll be questioning the reality you’re in, all the time.

Zoetrope Interactive’s Conarium is the latest game from the studio which developed Darkness Within  series in the past; so we are sure that we’ll be experiencing a great Lovecraftian story. First things first, if you’ve read all the stories and poems of H.P. Lovecraft, you be excited to see that the developers put a lot of effort to create a setting that’s full of references to those stories.

As Frank Gilman, you awaken at the Antartic base, Upuaut, with a blank state of mind, just to discover that you are all alone. After that, as you’ll know from all the other walking-simulators, you will start to learn what happened to the base and all of its people. Here we must state that this game is developed by only 3 people. And for a game which is developed by a small team, it has a profound narrative.

Zoetrope Interactive, as we’ve mentioned above, is a small team and nearly all of the negative aspects of Conarium is rooted in this fact. There are some textures and lightning effects that could use a little more polishing, the main character’s voiceovers are not so good, and there are some gameplay details that can annoy some users. Here, it is over. As gamers who do not delve too much into the technical details but the narrative, Conarium’s mistakes are more than forgivable.

If you’ve played the Darkness Within series before, Conarium uses the same formula: You wander around, find information about the plot, stumble upon puzzles, find information about them, solve & continue. This, in fact, is all that we need as adventure players. In Conarium, you would expect more puzzles, if you compare it with the Darkness Within series; but the game has more to offer than puzzles alone. In the manner of various horror games, we encounter some dark entities that we’re unable to deliver any damage, which we should run from. Thankfully, these sections are not too long and comprise a little amount of the gameplay. Nevertheless, we would prefer monsters dwelling in our peripheral sight, not to run at us like crazies from Outlast. These scenes (while being beautifully crafted) impair the Lovecraftian suspense in our opinion, but not too much.

There are some “Trophy Items” scattered around to collect and you need to find secret areas or solve puzzles in order to collect them. These items and the puzzles related to them are beautifully designed, the developers deserve an applaud for the effort they’ve given just to satisfy the wanderers and achievement hunters.

We also have an inventory which we use to overcome some situations in the game. That, and all the menus in the game are neatly designed and easy to use (which is a rare occasion in independent games).

Generally, film or game adaptations of books are danger zones for visual thinkers, because the directors or developers usually (normally) imagine the setting different from you, and as a result, you get disappointed. And there is Uwe Boll. Anyway, what I was trying to say is I am a little bit too nitpicking about this issue, especially about Lovecraft’s works; but the studio did something great and designed those unfathomable depths just like I imagined while reading the stories. This was more like a personal commentary, but I’d like to share it to emphasize the commitment of developers to the Lovecraft stories.

Graphics: Unreal Engine 4. What to say?

Jokes aside, this beautiful graphics engine can be ruined in amateur hands, but in Conarium, that is not the case. Object details, textures, strange vistas were perfectly designed, put aside some low-res textures here and there. Sounds design is great, eerie voices and distant effects create a great atmosphere, but you need to put aside some voiceovers and some overly-emphasized rock noises.

I am a hundred percent sure that I forgot some more great details about Conarium. Nevertheless, I already feel like I’ve given too much detail (and screenshots :) about the game. It is an exquisite experience, if you are a Lovecraft reader. Or follower. Or a cultist, who knows? In any case, and if you never did hear any word about Lovecraft; play this game, for it will be an unforgettable experience.

Conarium was reviewed using a Steam key provided by the publisher.

A Lovecraft story, in a modern setting, and it is a remarkable journey. It has its issues here and there, but the overall experience is great. What's not to delve into unknown terrors? 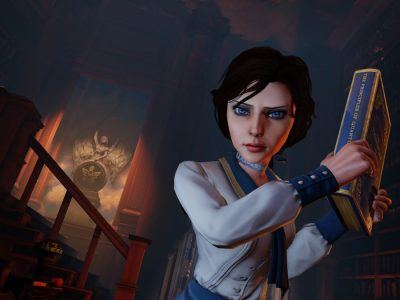