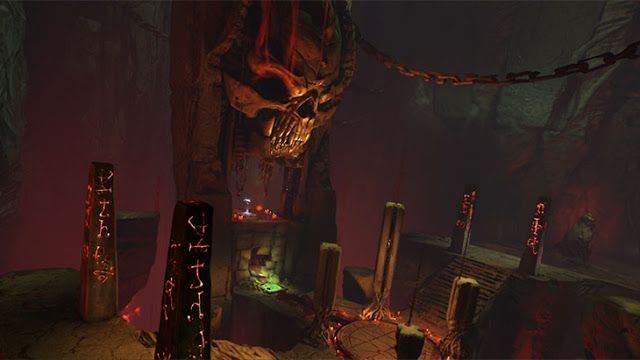 There is a new Doom teaser named as ‘Multiplayer Maps Explored‘ and obviously, it shows all the nine maps of multiplayer. You may want to stop the video every second since it only lasts 43 seconds.

After 43 seconds of bloody floors, I guess you would like to have some more information about maps:

Thanks to Bethesda, we have more detailed information about the maps we mentioned above:
If you have ordered Wolfenstein: The New Order, you will be able to access to Doom closed beta which will start at 10 pm ET on March 31 and last until 11:59 pm ET on April 3. And then, our Doom journey will begin on May 13.