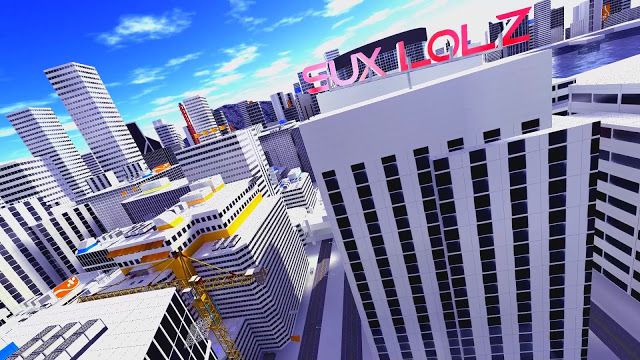 There comes a point in your life which you have to admit that you can’t draw a straight line while people recreating games in other games. It is one of these times and we will witness a modder’s recreation of Mirror’s Edge in Call of  Duty: MW.

Modder SuX Lolz has done an admirable job recreating Mirror’s Edge prologue in Call of Duty: Modern Warfare. It is a CoD 4 Deathrun map and SuX Lolz says that it is not finished yet, but he wanted to share it anyway. Map will include 4 secrets and 5 rooms. Some of the rooms are on the street while some of them on the rooftop. They named as Bounce, Weapons, Sniper, Knife and Shotgun.
You can watch the original Mirror’s Edge prologue and SuX Lolz’s new map below: